Our trip through Vermont was short but sweet. We decided to stay in Burlington, VT, because it was cheap and our little New England guidebook had a whole chapter about it. We started out last night going to the Magic Hat Brewery where they had a self guided tour of their factory. They were actually running the machinery and bottling beers while we were there, so it was neat to watch that in action since usually it seems like nothing is ever operating when we get to tour facilities.

Today as we were getting ready to hit the road, Travis told me to route the GPS to where I wanted to go. I decided to route it to a homemade root beer stand in the guidebook. It was called Rookie’s Root Beer stand and the book said the root beer was “a lightly carbonated blend of wintergreen, sassafras, licorice root and Bourbon vanilla, sweetened only with molasses and turbinado sugar.” It sounded delicious (or I was curious at the very least). We got to the general location of the root beer stand, parked, and started walking around looking for it. 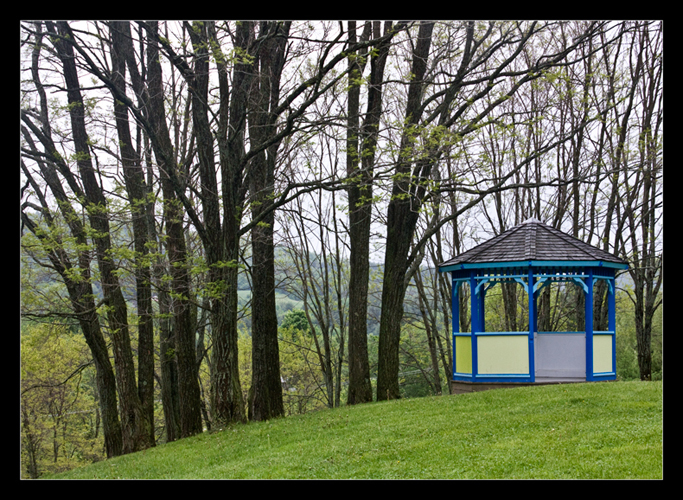 It was a little drizzly outside and we couldn’t find the root beer stand where it was supposed to be, so eventually we gave up and decided the weather conditions had ruined my quest for delicious root beer. However, I stole Travis’ phone to recheck the address, and I found out while the stand may be closed, the root beer was served on tap at a local flatbread pizza chain. I went back to the car and plugged the pizza place into the GPS and it turned out to be only .04 miles away, so we went, I got my root beer, and that was my first accomplishment of the day. We also got an excellent pizza.

After that we hopped back in the car for the short drive to Waterbury, VT for the Ben & Jerry’s factory tour! It was a 30 minute tour with a short history video, a viewing of the factory (they were making Heath Bar Crunch and Chocolate Macadamia ice cream), and a sample of their new Orange & Cream flavored ice cream. It was fun (again) because the factory was actually functioning. After the tour I went to the Ben & Jerry’s Flavor Graveyard, which is where all their ice cream goes to die. Really. They had a little fenced in area with tombstones listing the dates the flavor was in circulation (and good-bye poems). It’s really no wonder some of those flavors didn’t make it.

Also at Ben & Jerry’s gift shop I found Cow Seeds! It was a little pouch with cow spotted beans and instructions on how to grow them (sorry instructions are blurry): 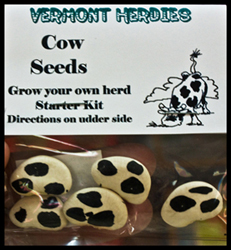 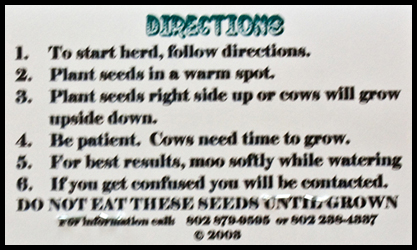 I wanted to buy them, but Travis said I should paint my own lima beans instead. 🙁

After that, we stopped through Montpelier, VT for my picture of the state capitol building before heading to New Hampshire. I enjoyed today just because we got quite a bit done in the few hours we were in Vermont, and I don’t feel like I missed anything I really wanted to do there. I think Ben & Jerry’s was the most important thing to do in Vermont anyway. 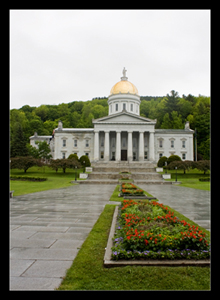