After spending a few days in Calgary, we are finally back to our actual driving and road trip wanderings. Today we made the journey from Calgary to Banff, which was a fairly short drive (~80 miles). Banff National Park is Canada’s oldest national park, established in 1885 — it’s located in the Canadian Rocky Mountains and it’s quite scenic. We’re staying in Banff, which is a town located within the park. We didn’t do much in the area today since we didn’t get here until late afternoon, but there’s plenty of time to explore tomorrow and Thursday. 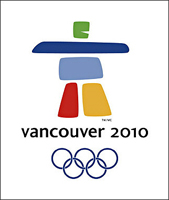 We walked up and down the main street in Banff looking for dinner (we decided on sushi), but we also stopped in some other stores. There was a rock store with a lot of cool rocks and fossils that were ridiculously expensive. I thought about getting a small carving of an inukshuk, which are the rock statues that look like little people (and the mascot/logo for the 2010 Vancouver Olympics), but I feel like I need to find a real inukshuk before I can buy a little one. I probably should have looked for them earlier (considering we only have a few days left in Canada) — it’s just I kept forgetting what they were called. I’ll have to see if there are any in Banff or on the way out of Canada.

We stopped in a candy store that had an entire wall of pez dispensers. I found Sulley! Travis says I’m not allowed to open it though. I had to buy some other candy since I couldn’t eat the little pez pellets 🙁 We also went to COWS ice creamery, which is a Canadian chain which originated on Prince Edward Island (east side of Canada). They had a poster in their front window which said they were ranked the #1 ice cream in the world by some random travel agency (Ben and Jerry’s was #10). Travis tried the Moo Crunch and I tried the Peanut Butter Cup Cup, both were pretty good, but Travis says Ben and Jerry’s is better.

And finally, while I was aimlessly wandering the mall in Calgary today (Travis was at a meeting and left me at the mall) I went to the bookstore and was excited to find out that the Canadian Harry Potter uses the British cover art, so I bought the 6th book since I’ve been wanting to reread it after seeing the movie (my copy is currently in storage). Now that I have the 3rd Harry Potter book in French and the 6th in Canadian, I think perhaps I might start a collection of foreign Harry Potter books (even if I can’t read/understand them). At least I can mostly read my current foreign collection, since I can semi-understand French and the Canadian book is obviously in English, although it uses British spellings (favourite, centre, recognise, etc).