Today we started our journey towards northern Canada, starting with a short ferry ride to Victoria, BC on Vancouver Island. Tomorrow we will drive to Port Hardy, BC (the north end of the island), and then Sunday we’ll take a 15 hour ferry ride to Prince Rupert, BC. I’m excited for the long ferry ride, since we’ll pass by a lot of small coastal islands and have a good chance at seeing whales and other marine life. 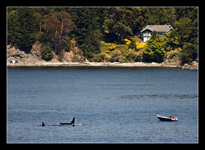 The ferry we took today was pretty large — it was 7 floors, 4 were for cars, and then the other 3 had a cafe, gift shop, seating, and places to entertain children. We spent the duration of the ride on the sundeck reading. Halfway through the journey, our captain announced over the loudspeaker that there were killer whales on the port side of the boat. There were quite a few of them, but we didn’t see more than dorsal fins. I want to see whale tail next time. 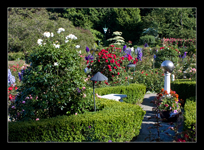 We arrived in Victoria mid-afternoon and decided it was time to see some of the famous gardens of Victoria. We debated between going to the Butchant Gardens or somewhere cheaper, but eventually ended up at Butchant. They have 55 acres of gardens split up into several themed areas — the Sunken Garden, Japanese Garden, Rose Garden, and Italian Garden. We walked around each garden thoroughly and took pictures. It was very very pretty.

I spent some time chasing and photographing bees because they were super fuzzy. Travis read a book. Our system works well. 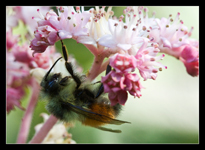 Tonight I am sad because our hotel does not have internet. They have the router turned on, but it is password protected. I called the front desk to ask for the password, and they said they didn’t know what it was. I then called their 1-800 “help I can’t connect my computer to the internet” hotline and they laughed at me and told me the hotel hasn’t paid their internet bill. *sigh* We drove to a different hotel purely to mooch their internet from the parking lot.

Anyways, here are pictures from the Butchant Gardens (with extra bees). 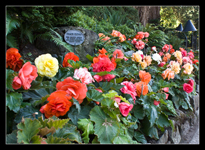 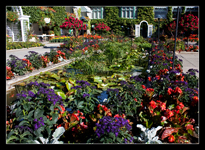 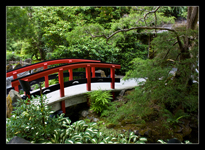 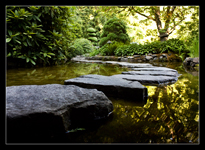 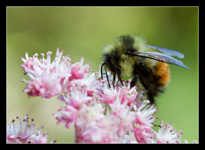 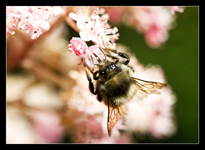 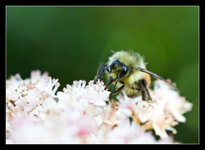 One thought on “Butchant Gardens + Victoria”