The route our GPS picked from Las Vegas, NV to Page, AZ involved a trip through the southern part of Utah, which was fun. The clock in the car changed itself as we drove into Utah, so we were confused as to how we had lost an hour mid-trip, but then we regained it once we hit Arizona again. It wasn’t really that confusing, but I think we weren’t aware the clock paid attention enough to auto-correct itself.

Anyway, as we entered Utah there were a lot of really nice red rock formations everywhere. After driving by them for awhile wondering how long it would take to get to Arizona, I decided to pull off the road so I could take a few pictures. The path I chose to pull off on was a nice dirt red road that lead up a small hill overlooking some of the red plateaus and crevices in the valley. Once I parked, I got out of the car to look around, and we found someone’s leftovers there (I found that sheep I owed you Leila!). Haha. So it was really nice up there, but super windy and cold so after I thoroughly documented our furry friend we continued on our way. 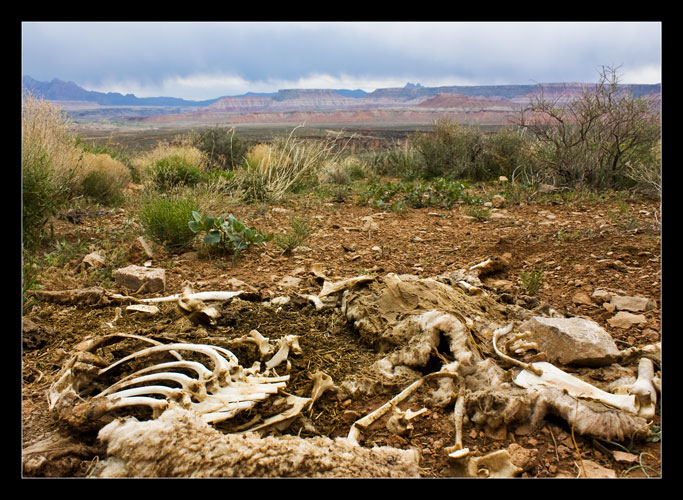 After that, we were continuing merrily on our way until we ran into Zion National Park, which we probably could have avoided, but since our GPS led us there we decided to buy a National Parks pass and drive through the park (a very expensive toll road indeed). It was fun though: 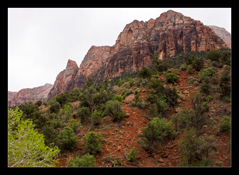 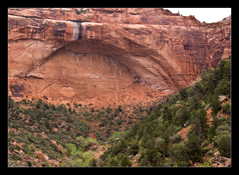 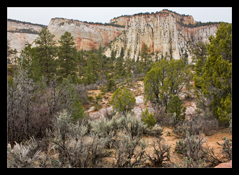 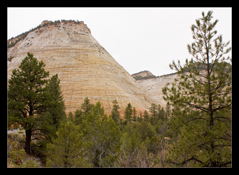 #1 is the entry road into the park (from where we entered anyway) — they used red colored ash in their roads, so they are a dark red color that matches the rocks. It was starting to rain as we entered the park. #2 and #3 are some of the rock formations driving in — there were a couple weird arch-like formations as we drove through the park; no idea how they got there or if they were significant. #4 is a window from the bridge built in 1930 which goes through the rocks (it’s really narrow and dark, aside from the few windows). #6 is at the “Checkerboard Mesa”, which refers to the grids in the rocks, and #5 is just another shot from the same location. The orange dirt at the bottom is where one of the streams should be, but there was no water in it while we were there.

Overall, Utah was a fun journey. We also stopped at the dam and bridge at Lake Powell in Page, AZ just before sunset, but since we might be stopping there again this morning on our way out I’ll save that stuff for next time. Off to Monument Valley in Arizona (and maybe Utah) today, then driving to Flagstaff, AZ to sleep.

2 thoughts on “Detours through Utah”