Travis has been doing some work up in northern British Columbia, but we still had time to explore Prince Rupert. Our ferry arrived Sunday night, and after our initial hotel fiascoes we settled in fairly comfortably. 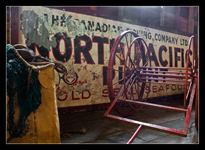 One of the things we did was visit the North Pacific Cannery in Port Edward. It is the oldest intact fish cannery on the west coast of North America (and now a National Historic Site of Canada). It’s a museum with fishing history and a lot of canning machines. It would have been nicer if they had a brochure which led you through the museum, but they said they were under new management and in the process of creating a guide. 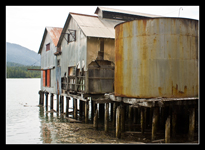 Something Travis and I both agreed upon was that it’s really nice to visit a historical site where they haven’t gone through and obviously repainted, rebuilt and updated all of the structures. I like the aged and abandoned look. This is in contrast to when we visited the Jefferson Davis house in Biloxi, MS, where they had built and rebuilt his house and yards numerous times. We debated there whether rebuilding a structure after it gets torn down by time or natural disasters decreases the historical significance of the building itself. Also, how much does the constant rebuilding create a history of its own which overshadows the initial events at said location. We didn’t come to any definite conclusions. 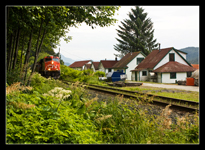 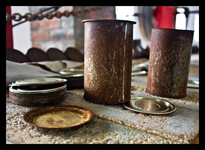 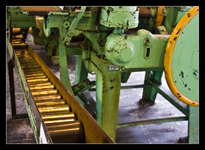 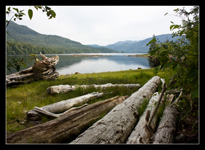 After our wanderings of the cannery, we drove along the coast and stopped drove down all the little roads to look at the ports and industrial areas. We came across a parking lot marking the trail head of the Butze Rapids Interpretive Trail, and since we were bored we decided we’d start down the path and see how far we got. We walked the entire 5.4k trail, which was primarily through the trees but had some nice lake views.

Other than that, Prince Rupert was fairly uneventful. We had some terrible Chinese food, which again reinforced our belief that when in the middle of no where, we should just stick to fast food chains for consistency and predictability (our other meals in Prince Rupert were McDonald’s, Pizza Hut and Subway).

Right now we’re at an interesting part of our journey where we’ve had to split apart for the time being. Travis has work to do in northern British Columbia, but today I flew back to Orange County to work on obtaining a job. Everything is in “let’s wait and see” mode right now, but I would really love to finish off our road trip properly by flying back to join him in Canada and driving back to California; however, the job search comes first so we’ll see how everything pans out from here.

My first meal back was In’n’Out, of course. I’m hoping to visit my few local friends and go to Disneyland while I’m here. Apparently I’m also supposed to clean up my bedroom at my parent’s house… At least it’s emptier than usual since my sister stole my bed. I get to sleep on the floor.

One thought on “Exploring Prince Rupert, BC”