Today we went to the Audubon Nature Institute Aqarium in New Orleans, and later the 3D IMAX Wild Ocean show. There were a ton of children on field trips all wearing matching shirts (purple, lime green and teal groups, at least), and we did our best to avoid them whenever possible.

Today I tried to take pictures of fish, but it was pretty difficult; it’s like trying to take pictures of the animals at the zoo, where they either had fences, cages, or glass barriers. Fish all had glass barriers (of course) which leads to glare, and the glass was also covered with fingerprints or water drops. Also, aquariums are pretty dimly lit, and fish do not stay still, at all.

I got myself a rubber lens hood which cut down on the glare a reasonable amount since it allowed me to press the hood up against the glass to take pictures; however, this didn’t solve the issue with fish not posing for me. I did my best, but there were some things there (sea horses, jelly fish) that I would have liked to take more pictures of but they wouldn’t cooperate. It was fun, and I got a decent selection of fish pictures to play with on the computer.

Oh, and they had penguins. 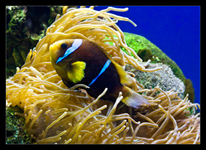 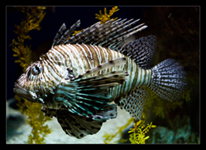 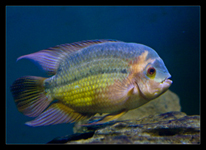 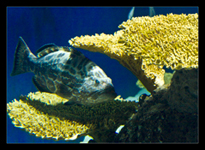 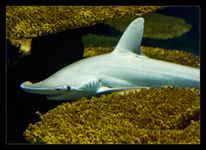 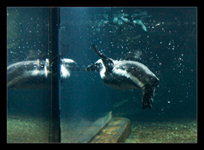 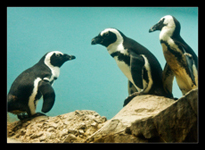 As you can see I did well keeping track of all the proper names of the fish. Yup.

One thought on “Fish swim too fast.”