Have I been bad at posting these past few days?

Travis and I are in Florida now — got here last Friday and we stopped in Pensacola, Gulf Islands, Panama City, Apalachicola, Cedar Key, Tampa, Naples, and now Marathon, which is in the Florida Keys. I haven’t really posted much, because we’ve been pretty lazy and have spent a lot of time doing absolutely nothing. It’s pretty nice here though — the beaches are whiter than CA, which makes the water clearer. There seem to be more shells and more wildlife variety at the seashore (i.e., more than just seagulls).

Today as we left Naples, FL I found a flier for the “most unique Florida winery” in the lobby, so of course I was intrigued. I looked at their flier, which was a list of all their fruity wines, and it actually looked more like a menu you would see at a smoothie store rather than a winery. Of course this intrigued me more. I guess what they do is instead of making wine with fermented grapes, they make wine from fermented every other fruit. We stopped by there and sampled the sangria, key lime, dry blueberry and pineapple wine. They were interesting and it was a cool stop; definitely not your average winery.

After that we drove down to the Everglades National Park in Florida and signed up for one of their boat tours. The Everglades weren’t too terribly exciting — lots of mangrove trees and water. We did see some cool birds (osprey, egrets, and a heron? i think…) and we saw dolphins! 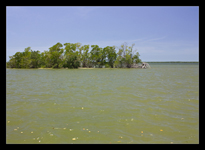 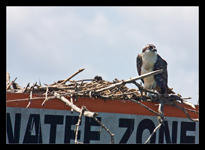 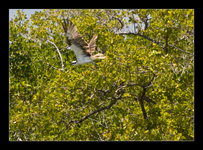 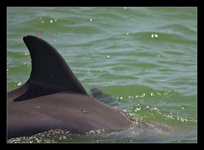 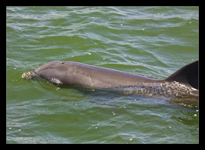 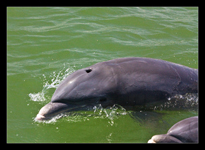 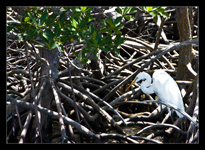 After the everglades headed towards the Florida Keys. As we were driving, we encountered a lot of irritating people. There is a one lane highway from west Florida (at the everglades) to east Florida, so the only way you can possibly pass is by driving in the lane with the oncoming traffic in the “passing lane” zone. Unfortunately, we got caught behind a group of motorcycles which had spread themselves out to the length of 3 semi trucks, so there was no way I could possibly pass them without taking major risk and diving into oncoming traffic, since you can’t really predict how long it takes to pass 3 trucks worth of motorcycles without actually running into oncoming traffic. Sooo… I sulked behind them. I tried to put the car in cruise control, but I couldn’t find a good speed since they were inconsistent with their driving speeds, which irritated me more.

So once we got off that road and onto the main road that heads south, we ran into rush hour traffic. Double Arrrgh.

So I drove, and drove… Eventually we hit the keys. I kept driving. La la… Then we saw a sign for a Brazilian Steakhouse, which got me really excited. So we went there, and it made everything better.

If you’ve never been to a Brazilian Steakhouse, it’s awesome (if you like meat). Basically it’s a flat fee which includes a salad bar and unlimited meat. They seat you and give you a plate, and you go fill up on salad, cold pastas, soup, cheese, crackers, etc, at the salad bar, and eat up. Then when you’re done with the salad they give you a fresh plate and you flip your little red/green sticker to green. Everyone at the table gets a little round sticker which is green on one side and red on the other. Green means “yes, please bring me lots of meat” and red means “okay, i need some time to eat all this meat.” They bring around everything on giant skewers — beef, chicken, pork, ribs, shrimp, sausage — and ask you if you want some; slice you off some. My favorite was definitely the bacon wrapped filet, followed by the chicken. Travis would like his own Brazilian Steakhouse cookware set, so he can make tri-tip on a sword.

We missed sunset at dinner, so we tried to see if we could find a quick place to take a picture of our first night in the Florida Keys. Tomorrow we’re going to see if we can find somewhere to camp. And we’ll lounge around the beach more. I need to fix my tan, and Travis needs to get more sunburn. ^.^ 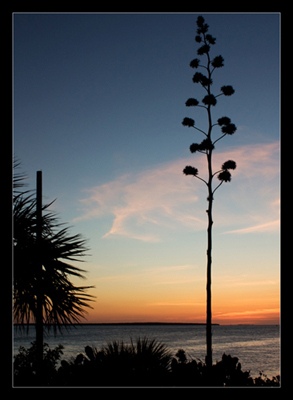