I feel like I’ve been getting lazier and lazier at blogging. I used to post pictures as soon as I got them, but now I wait longer and longer to post things (or I guess I wait until I have a larger collection of stuff to post). It really doesn’t make a difference for the pictures side of things, but I forget more details about what we did during the day. For example, it seems almost irrelevant to post that we went to PFK (Poulet Fris Kentucky… sound familiar?) on our way from Montréal to Québec 2 days ago and they didn’t speak English at all there. I had to order food in my fabulous broken French (which would have been easier if they numbered their combos, but they didn’t).

Anyway… Quebec was the first place we fell off the map. The GPS maps don’t reach that far, so we had to get one of them old-fashioned paper maps to find our way around. 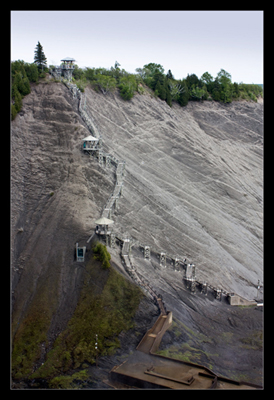 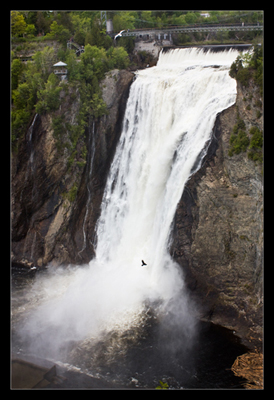 We managed to find our way to the Parc de la Chute-Montmorency, which was a waterfall 98.5 feet taller than Niagara Falls that does an excellent job at looking half its size. We walked up the 487 steps to the top which were much less fun than we had anticipated. I assume that’s why I’m sore. It was a little chilly at the top, but we walked the bridge at the over the falls and some other vantage points before heading back down.

After the waterfall we went to Vieux-Quebec, which is where all the old buildings and the big castle were. We also continued our mission for maple syrup that was “less touristy”. Travis thought the maple syrup that came in the maple leaf shaped bottle was too touristy since it was in every shop, so instead we wandered until I found a syrup in a normal bottle (although it still has leaf decorations).

We also got some maple candy to eat while watching the episode of Friends where Ross and Chandler take a weekend trip to Vermont and Ross goes on a sugar high from eating maple candy from every roadside stand he finds. I hope we find many maple candy stands as we head through Vermont.

Pictures!
#1 Chateau Fronerac (might be wrong spelling and definitely missing a hat shaped accent on the a in chateau, but Travis hid the Canada book and I’m typing this blog on his smart phone and I don’t know where the accents are hidden)
#2 Random half-broken building. Will try to figure out what it was later.
#3 Little street that reminded me of the streets that Santa Claus flies over in miniature towns.
#4 Chateau Fronerac at dusk (might have #4 and #5 reversed, can’t see the photos (insert blog on smartphone excuse here))
#5 Flower and a church at dusk
#6 Cute little houses

That’s all for now ^.^ I’ll clean up my picture description mess later… maybe… In the meantime–the hunt for maple candy continues!! 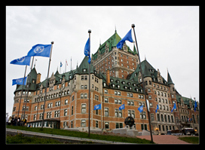 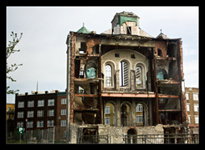 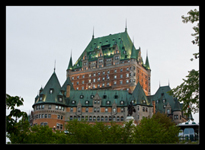 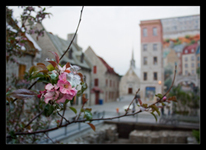 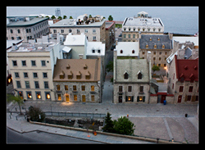