Today is day #2 of our 7 day stay in Maine (or the 2nd full day anyway). We were in New Hampshire on Thursday night/Friday morning, but decided to do absolutely nothing while we were there since it was raining and everything I wanted to do was spoiled by that. We’re only about an hour and a half from where we were in New Hampshire though, so we might go back for a day trip later this week.

Anyway… So we’re staying in Maine for seven days because Travis’ parents offered us a place to stay (timeshare related) and we decided it’d be nice to relax for a week. We spent yesterday (Saturday) doing nothing in the hotel other than taking pictures of a nearby covered bridge, and seeing Disney Pixar’s UP.

I’m sure everyone who knows me is aware that I am the biggest Disney/Pixar obsessor and I will begin to self-destruct if I do not see newly released Pixar films *at least once* the weekend they open. I recall I saw Ratatouille three times the weekend it came out, and the only reason I didn’t see WALL-E more than once last summer was because I was whisked off to Costa Rica the day after it opened. I do recall considering whether or not to watch it in Costa Rica though…

At any rate, I enjoyed UP very much, even though it doesn’t surpass Monster’s Inc. and WALL-E as my favorite Pixar films. I think my Pixar preference order is Monster’s Inc. / WALL-E / Finding Nemo, Ratatouille, UP, The Incredibles / Cars, Toy Story 1+2 / Bug’s Life. I’d need to re-watch UP and the other movies tied at my #3 tier to figure out the ordering there. I think Ratatouille is rated so high because every time I watch that movie it makes me crave french bread and cheese, and I love going out to satisfy that craving. The Pixar short attached to UP is also very cute. Go watch it!

So back to Maine. We’ve been here for 2 full days now; day one was for PIXAR, and day two we took a day trip to Portland, ME in search of lobster and lighthouses. We found plenty of both. Today was the first time I have ever been given a full lobster that I had to break open myself. I don’t usually eat lobster (I’m generally satisfied by snow crab legs) but we had to try it here. They had directions on how to open your lobster and what you were supposed to eat. Apparently the green murky stuff in the center (it’s liver, i think) is a “delicacy”. We were both afraid to touch it though. I did have fun ripping apart my lobster until I opened the body and we found all the gross lobster snot. It was a very labor intensive lunch, but also very tasty.

After that we wandered around the city a bit. I took only a few pictures I liked — just of the boats, and then one of a seagull. I like my seagull picture even though there is a lot of motion blur because despite all that, his eyes/body/trash are in focus. I’m not sure whether it’s too blurry or whether it’s okay (it’s also probably worse on here, since my images always look less sharp on my blog). 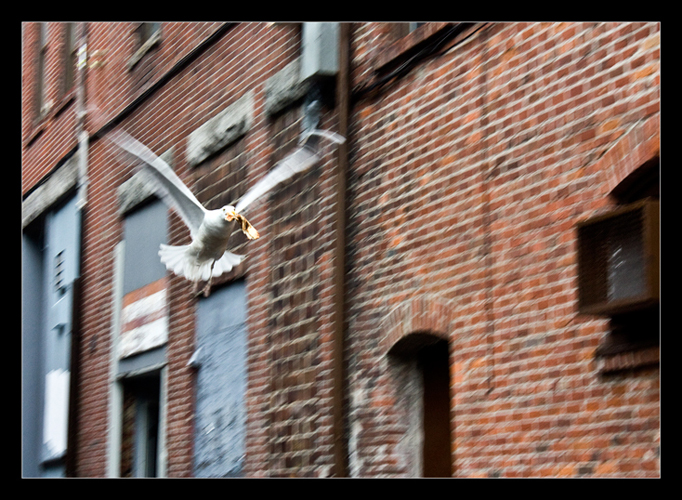 After that we went on a lighthouse tour of Maine. Found ~6 lighthouses today (I think there are around 60 in Maine). After lighthouses we went on a mission for lobster bisque for dinner, but every seafood place in the GPS was either a fish market (rather than a restaurant) or did not exist, so we eventually ended up at the same place we ate lunch. The bisque was not as satisfying as the actual lobster (perhaps a lack of butter sauce), but it was good enough. 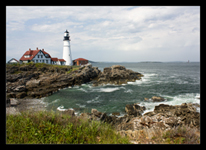 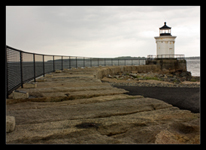