Today was Banff exploration day #1. This is probably more of a photo dump than anything else, since I don’t really have anything to say for today other than we walked a lot. We started out by going to Lake Minnewonka, which is the largest lake in Banff (although I believe it is only the largest because of some man-made damming structures). We looked into renting a small motor boat, but decided to explore other areas of Banff instead. 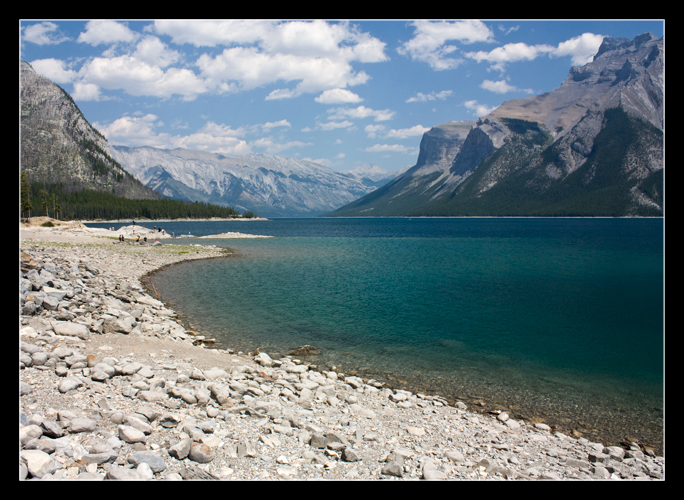 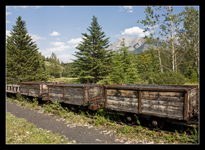 The next place we stopped at was Bankhead, which is an abandoned coal mining town. It was a 1.1k trail which passed by the broken building foundations and had placards with historical information at points of interest. Halfway through the Bankhead trail there was a fork which lead to some sort of “Crystal Cascades” that were 2.1k away. We decided to see what these cascades were, but it ended up being a very poor idea. We walked and we walked, but all we inevitably found was the main highway and a dried up riverbed. I’m not actually sure if that’s what we were supposed to find, but it was pretty anticlimactic.

After that we went to the Johnston Canyon, which was pretty cool. It was 1.5 miles to the Upper Falls — I know some of my distances are miles and some are km, but the signs vary and I’m too lazy to convert, but anyway, it was a nice path following a river with several waterfalls along the way. What I thought was cool was that some of the path was a metal walkway constructed against the canyon wall so you could walk directly over the rushing water, as opposed to being up on a dirt path above the canyon. You can see the path in the image on the left, and some of the waterfall pictures down below. We also had several animal encounters today (in the form of sunflower seed eating chipmunk and some roadside bighorn sheep).

Waterfall pictures (and a random bench/mountain): 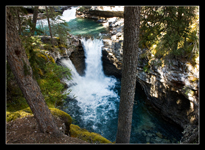 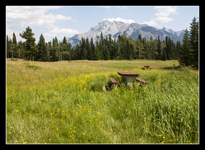 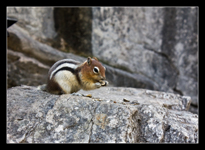 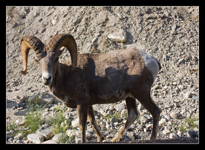 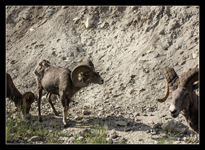 2 thoughts on “Lots of walking ~ Banff”