Yesterday (Tuesday) we went to the Carlsbad Caverns National Park in New Mexico (we are trying to do the best we can with our National Parks Annual Pass). We got there too late to go in the “natural cave entrance” so instead we got to take the 75 story elevator down to the “big room” where all the cool stuff was anyway. The glory of the natural entrance (that we missed) is apparently a bunch of bat droppings and/or dark places where bats live, so I made my peace with missing that.

We enjoyed wandering the caverns — I’ve been to caverns like this in the past (although I can’t remember exactly where), but it was nice to just wander aimlessly and play with camera handholding skills in places where I should have tripods. We stayed at the caverns until about 4 or 5pm, then headed on to Austin. We decided to stop in Sonora, TX, which was more than halfway to Austin so it made today’s trip very nice.

If we had stayed until sunset at Carlsbad Caverns we would have seen all the Mexican free-tail bats fly out of the natural cave entrance to go eat bugs all night (in a flock), which would have been cool to watch — but the viewing point at Carlsbad does not allow cameras “for the safety of the bats.” More on this later though. 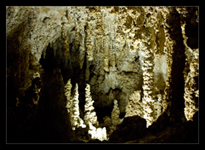 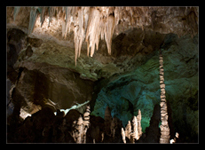 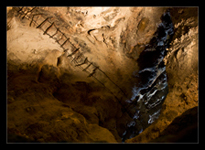 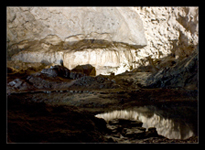 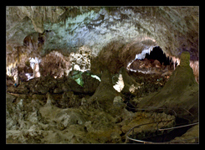 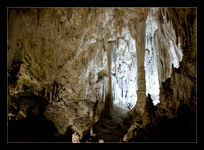 So today we woke up in Sonora, ate, blah blah and drove to Austin. Got to Austin around 2pm. We were going to go for our standard Days Inn/Super 8/Something Cheap Inn, but Travis wanted to splurge the extra $20 and get something downtown so we were walking distance from the city. We ended up grabbing a random room across the river from downtown Austin, and conveniently located next to the Congress Avenue Bridge.

Why is this bridge exciting? Well, it’s where we encountered the bats we skipped out on in Carlsbad (not the same exact bats, but the same type). This bridge in Austin was designed with crevasses underneath just the perfect size to promote the living and breeding of Mexican free-tail bats. They stay underneath the bridge by day, and then at night at sunset they all fly out in a flock for an evening of feeding upon all the insects of Austin. Since we were within walking distance of the bridge, we scoped out a nice vantage point to watch the bats fly out (we had no idea what this was going to be like, but it was actually pretty cool). 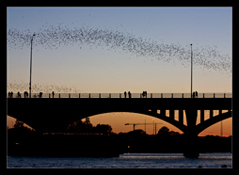 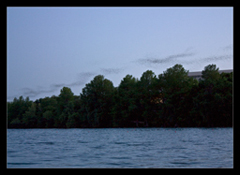 All the specks are bats (as you might guess). They flew out of several points in the bridge, and then flew down the river. The whole thing was probably 10 minutes or so, and pretty cool to watch, since it started out as a “oh, is that all?” and then turned into “whoaaa coooool”

Tomorrow we head on to Houston, TX for a few days. The LA Dodgers have their 3rd game against the Houston Astros tomorrow night, so we aim to grab some tickets as we wander into town and watch the Dodgers lose. Or perhaps the Astros? I’m conflicted — usually I cheer against the Dodgers because I like to cheer against Travis’ teams — but since the Dodgers are playing Texas….. I think it’s a lose lose situation for me. Hopefully I get a hot dog.