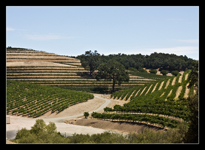 I get a bit lazy with taking pictures when we’re in areas I’ve been before, but I took my camera out while we were wandering Paso Robles and tried to take a few pictures. The vines were much greener and bushier than they were when we went to Napa four months ago. I think I should go back to the vineyards in September/October right before the harvest so I can take nice pictures of the scenery.

We met up with Bryan and Behshad and camped for 2 nights in San Simeon. We visited our old favorite wineries the first day, and then spent the second day checking out unfamiliar wineries off the main road.

Pictures below include a neat view of the marine layer over the ocean while we were up in the hills, a fat greedy campsite squirrel who ate our stale cheerios and sunset from the campground. 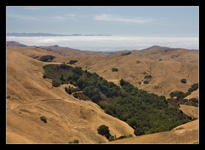 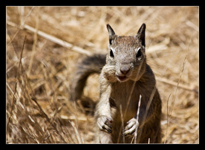 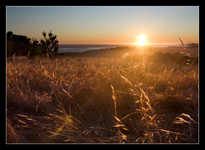 Our trip is over now — we’re back in sunny Southern California. It was an awesome 4 months and 5 days on the road, but it’s also great to be back in a familiar area and get back to a normal life. I can finally get around to printing pictures and making albums, and we have a whole bunch of good memories and stories to last us forever. I’ll probably do some wrap-up posts later — I wanted to do a “best of” type list, but Travis wanted to wait until after we officially returned and unwound for a few days.