We visited Yosemite only 7 months ago, but decided to visit again since our last trip was marred by bad weather. The high elevation roads were still closed from winter, so we didn’t visit any places we hadn’t seen before. We instead focused our efforts on obtaining photos of the valley from different vantage points, as the weather seemed to be more agreeable than the last time we were here.

Our crazy photo schedule involved waking up for sunrise (6am), exploring the park until the majority of the tourists arrived (around 10am), then we would go take a nap until mid-afternoon and head back out again for hiking and sunsets.

The first day I was determined to get a photo from the Tunnel View vantage point with all the peaks visible, since when we were here in October there was rain and fog. We then decided that we’d wander up to Inspiration Point, which turned out to be 1.3 miles uphill with 18lbs. of camera gear.

The view at Inspiration Point was similar to Tunnel View, of course, but because of the higher elevation the further mountains and Half Dome had nicer proportions against the closer peaks. We spent an hour there relaxing, enjoying the solitude—we saw 2 people going down the trail as we were going up, and that was it for the entire hike. It was surprising not to run into anyone else, especially when Yosemite is so busy usually. Anyway, while we were sitting up on Inspiration Point trying to be inspirational, the sun/clouds moved into the perfect spot to turn Bridalveil Falls into a vivid rainbow of mist. It only lasted for a few minutes, but it was really spectacular. 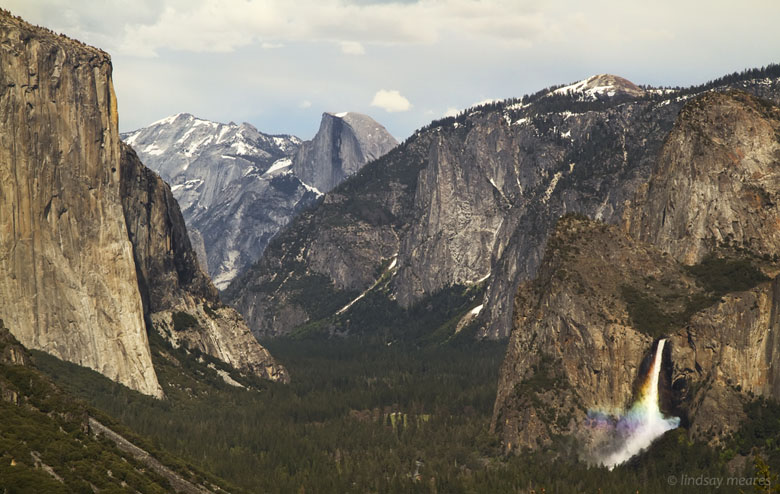 Around then, we decided we wanted to be at Inspiration Point for sunset. This proved to be a dilemma, since sunset was several hours away, but we hadn’t brought anything to kill time up there. We debated our options: going down and coming back up, going down and giving up, staying put and being bored, or… continue walking upwards, then return back down for sunset. We decided the last option was the most appealing, because although it required us to continue walking uphill for another hour or two, it would make the return trip pretty quick. 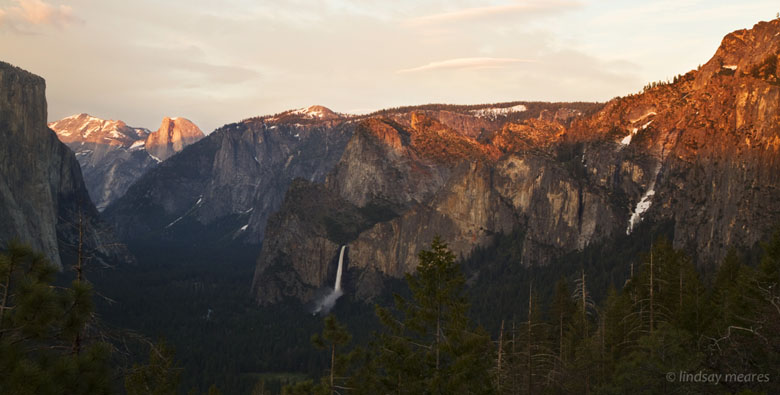 The following morning we woke bright and early for a mediocre sunrise over Half Dome, followed by a morning of waterfalls. 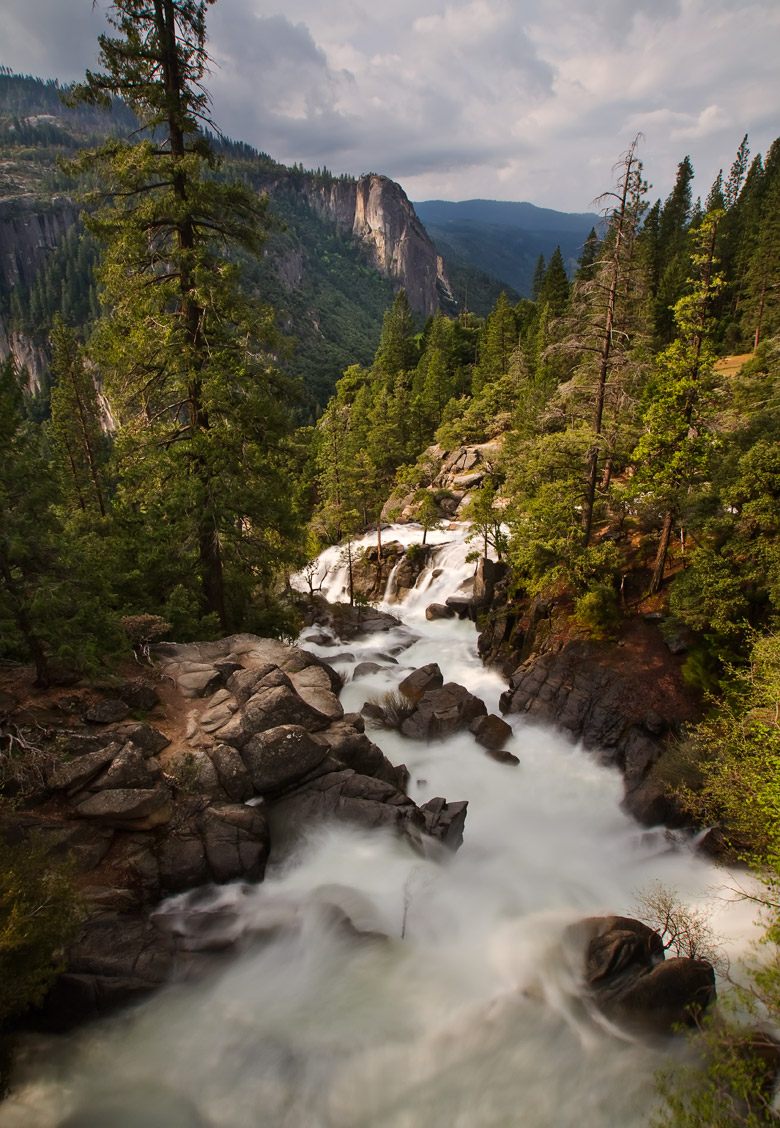 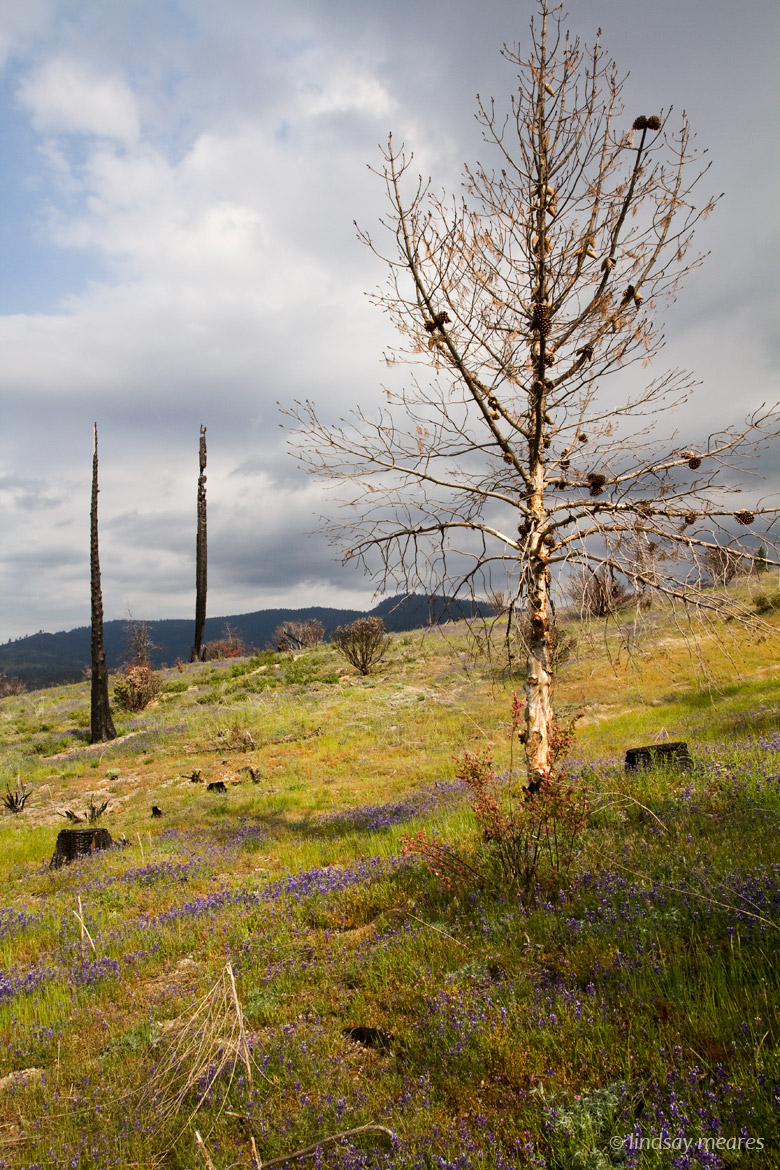 Gates of the Valley – Valley View 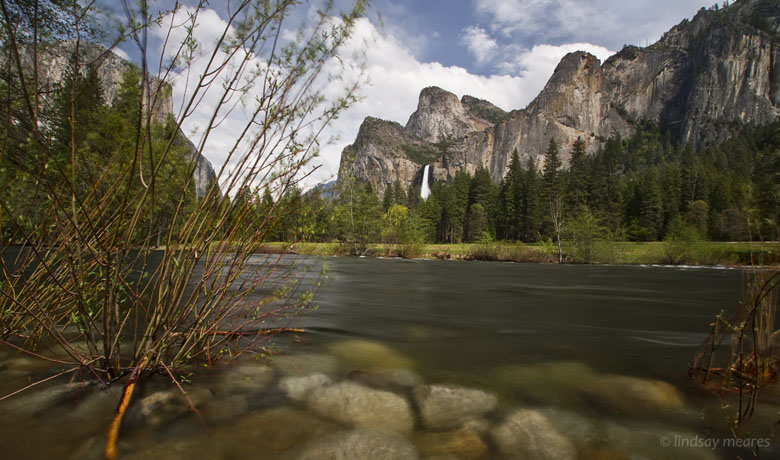 After our long day of driving in circles and fighting the crowds (Saturday was significantly busier than Friday), we settled down for an overcast (fail) sunset of the Half Dome before heading back to the hotel for some pretty terrible hamburgers.

The following morning my alarm went off at 4:45am again, but (to Travis’s delight) it was raining outside, so I allowed us to go back to sleep until 7am.

We packed up our bags and checked out, deciding to stop by the park once more to see the Giant Sequoias and leave the park via the South entrance to Fresno. However, once we got outside, we discovered that the rain at our hotel was snow in the park—luckily our rental car had snow tires, they were turning people away. This ruined our passage to Fresno, as the road was closed (we’ll see those Sequoias someday), but it all turned out okay, as we got some really spectacular photos of the valley as the snow cleared off the mountain peaks. 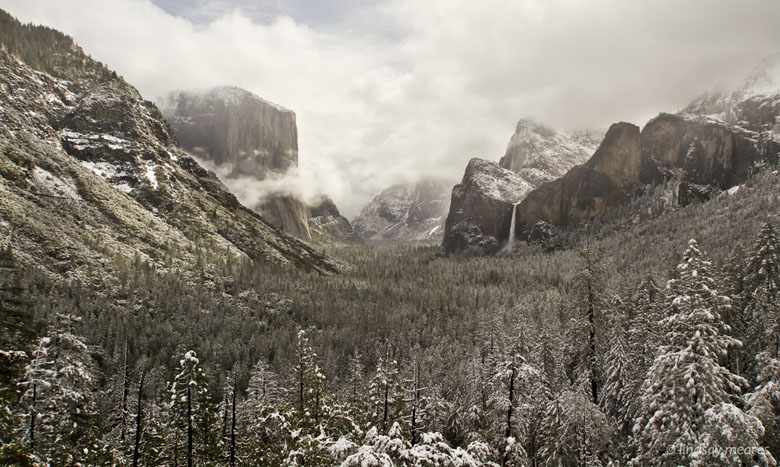 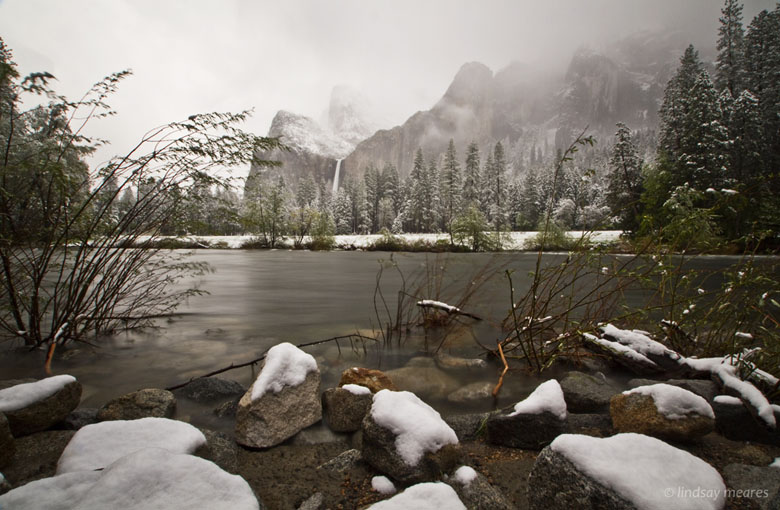 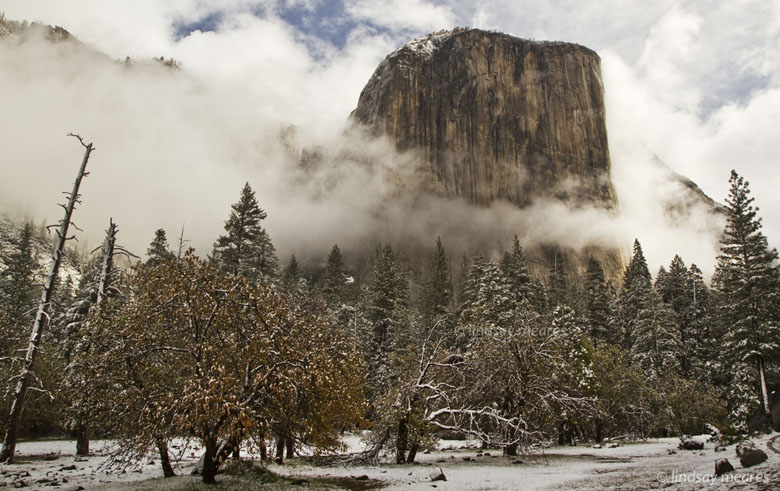 These photos almost made us miss our plane. We ended up cutting it pretty close (and missing our pre-flight In-N-Out), but it’s okay, since we have In-N-Outs in Texas now too! Ha!

Overall we had a great Yosemite weekend—the waterfalls were huge and the weather was decent, plus we managed to get both spring and winter pictures in 3 days. We missed out on the hikes to Vernal Falls and Mirror Lake, and the road to Glacier Point still wasn’t open. Perhaps next time.

Oh! And we also saw a bear! 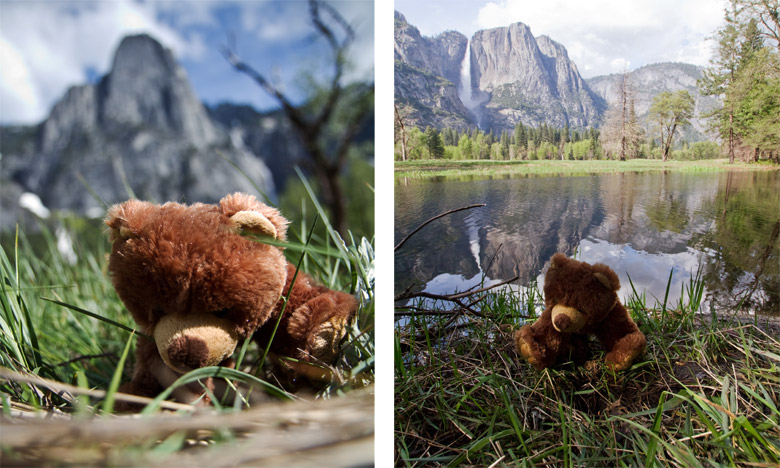 But no, really—when we were hiking down from Inspiration Point we did actually see a bear. I whipped out my camera to try and take a picture, but Travis decided it was more important for us to stay alive than to take pictures of the bear staring at us, so he shook his walking stick and shouted and scared that ol’ bear away.

This here is Muffin, my adopted bear, since I wasn’t allowed to go pet the real bear *sad face*