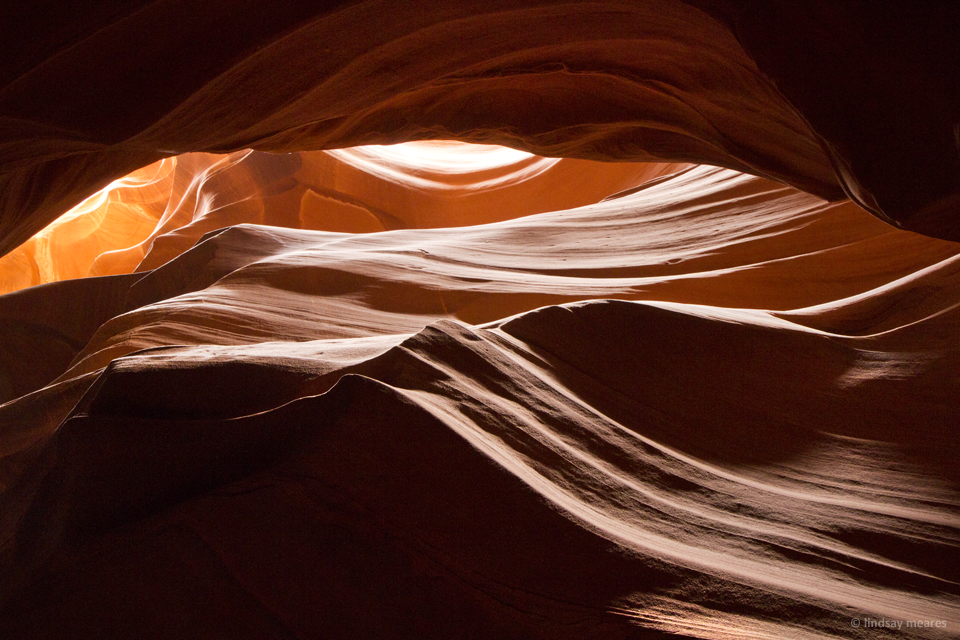 I’m not sure when I discovered the existence of Horseshoe Bend and Antelope Canyon, but we didn’t visit either on our previous stop through Page in 2009. I recall wanting to visit Antelope Canyon, but we didn’t have time (or money) and it was snowing while we were in Page previously. We didn’t realize how close Horseshoe Bend was to Page (about 2 miles from our hotel, oops) or I’m sure we would have gone there.

Anyway, we spend 2 nights in Page this time – the plan was to do Horseshoe Bend for sunset and sunrise, then visit the Wahweap Marina on Lake Powell for sunset, and do the Upper and/or Lower Antelope Canyon. We accomplished about half of that.

We arrived in Page after the 278 mile drive from Arches National Park (4 hours 34 minutes) with a sidestop photo tour through Monument Valley. We were exhausted, but managed to check into our hotel, grab some Mexican food for dinner (Fiesta Mexicana, again) and head out to Horseshoe Bend for sunset.

Horseshoe Bend was exactly as I expected – a large bend in the Colorado River which looks somewhat like a horseshoe. It’s a popular spot to visit in Page, and we were lucky to get a good sunset/wildfire haze evening. I took a ton of photos, but they all look very similar since there’s not a lot of composition variety — you can only move around so much before you walk off the side of the cliff (Travis frowns upon this).

I meant to return at sunrise, but somewhere along the way I decided I wanted to sleep in. Both mornings. Alas.

Relative to the rest of our trip, our days in Page were relatively low key. For once, the hotel internet worked, so we spent a lot of time catching up on email, work, social media and general web browsing. We also booked a tour for Upper Antelope Canyon and decided to check out Lower Antelope Canyon as well.

Both Upper and Lower Antelope Canyon are slot canyons on the Navajo land outside Page. They are both very popular sites in Page, and both require you to go on an authorized tour to gain access.

For Upper, the crowded one, you can go on a 1-hour regular tour or a 2-hour photographer tour. The canyon itself is only ¼-mile long, so the difference between the tours is that the photo tour moves extra slowly through the canyon so you can spend more time trying to get people-free photos. Of course, I booked the photo tour for me and Travis.

In order to be a “photographer” you must have a DSLR and a large tripod. I have a backup DLSR Travis could have carried, but my backup tripod is a gorillapod and that’s not good enough for them. He was willing to pay the photographer’s pass premium, but they wouldn’t have it unless he had the appropriate props. Sigh.

We discussed it, and Travis decided he simply didn’t care so he went back to the hotel and did work for two hours while I roamed the slot canyon.

I really enjoyed my two hours in the canyon – I walked the entire length of the canyon (Lower is slightly longer, maybe ½ mile) and then slowly moseyed back, mostly sticking between the few tour groups and letting them pass me as needed. During my entire 2 hours in there (during July, a high season) I saw one other “photographer.”

Upper is far more popular, I believe the main draw is the light beams. We booked our tour a day and a half in advance, and when we woke up the morning of tour it was… overcast! Of course…

So we get to the tour station in town and they put us on little open air truck things and zipped us out to Lower Antelope Canyon – a few miles of normal highway and then 3 miles of bumpy soft sand. Our tour guide called the ride the “Navajo Disneyland” ride – I suppose it could have been a sandy Indiana Jones… Or maybe just Autopia on soft sand. For 3 miles.

So we got to the canyon and he gave the group some photo tips. It was a special photo tour so the group was only 10 people. Pretty much everyone had a camera (I gave Travis my spare camera to carry around). It was a mix of DSLRs, point-and-shoots and a stray GoPro. There were only 3 tripod carriers, which is probably a good thing since I personally discovered I can trip a lot of people with my tripod in a narrow slot canyon.

As we began the tour, the sun peeked out and we actually got some of the famed sunbeams I thought we were going to miss out on. There was a lot of frantic running, kneeling, shooting, then running to a different angle, etc.

The guides kept everything well-orchestrated, which was a rough task when there’s a TON of people in there who all want the same coveted shots. In general, the photo tours seemed to get priority or at least could stay in the good spots longer. The guides would shoo other groups out of the photos, and they would also run around throwing sand in the sun beams to make them show up.

Between Antelope Canyon and the Great Sand Dunes sandstorm I think my camera is thoroughly full of sand. My zoom mechanism sounds crunchy, and I’m sure that’s not a good thing…

Anyway, we spent 2 hours taking photos. The sun didn’t stay out for the whole tour duration, so there were certain sun beams we didn’t see. I’m happy we got to see any beams though, considering the patchy overcast weather.

Overall, I definitely don’t regret visiting Upper or Lower Antelope Canyon. I went back and forth a lot prior to the tours (mostly because of cost) as to whether or not I wanted to go. They’re very over photographed, but at the same time, I like having my own personal photos of a place. I preferred the less crowded Lower Antelope Canyon, but I’m glad I did both so I can check them off my list. 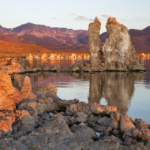 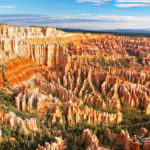