Planning this trip was a bit tricky for us — I was 7.5 months pregnant with our first child and we were waffling over whether or not to buy flights as our baby would only be about 2.5 months old at the time of the eclipse.  Ultimately, we decided to at least get the flights and lodging, and if for some reason we had to cancel at the last minute we would figure it out later.  Fortunately for us, everything went according to plan, and we were able to take our 2.5 month old baby on his first airplane trip (and solar eclipse!)

The August 21, 2017 eclipse route crossed the U.S. from Oregon to South Carolina.  Since the eclipse was midday and landscape wouldn’t be a huge factor, anywhere along the eclipse path was fair game.  We eventually narrowed it down primarily based off airline ticket prices then length of flight, to limit the time we would have to deal with a potentially screaming infant.  Taking all the factors into consideration, we decided to fly to St. Louis, Missouri and drive Southeast to Shawnee National Forest in Illinois for the eclipse.

With our flights and hotels booked, I just had to prepare my camera equipment for the big day.  I already owned a 2x teleconverter for my camera, but my longest lens was a 70-200mm and I wanted to put the teleconverter on a 400mm lens for the eclipse, which would be 800m.  I looked at online lens rental companies with plenty of time before the eclipse, but for some reason I didn’t rent the lens I’d been eyeing when it was available.  Of course, when I checked back closer to the eclipse, all long lenses were (quite understandably) all reserved for the weekend of the eclipse.  Oops.

I did a little research on local rental options as well as research on buying a lens.  We decided that since I had actually managed to finally open up my Etsy and Amazon Handmade shop this year, I could just go ahead and buy the lens I was eying with some of my earnings.  I also bought some solar filters for my camera and some eclipse sunglasses for us and we were good to go!

We got to St. Louis on Saturday morning and did some general sightseeing for a few days.  On August 21, we got up and made the 2.5 hour drive to Shawnee National Forest.  Originally we had planned to go to the Garden of the Gods area of the park, but it turned out many others had the same idea and had started their day much sooner than we had.  We ended up snagging a parking spot a mile from the Garden of the Gods entrance road turnoff (which is also a mile long), so we were about 2 miles downhill from our potential eclipse site.  After some debate as to whether the trek would be worth it with a baby and a stroller and a ton of heavy camera gear in the 90-degree weather, we decided to suck it up and stick to the plan.

We went at a manageable pace and made it up to the site just as the moon was beginning to eclipse the sun, but we still had plenty of time until totality.  We set up camp under a shady tree with the baby in a cute tent and I went to join the people with the tripods.  There were quite a few people there, but it was pretty easy to stake out a spot with a view of the sun through the trees. 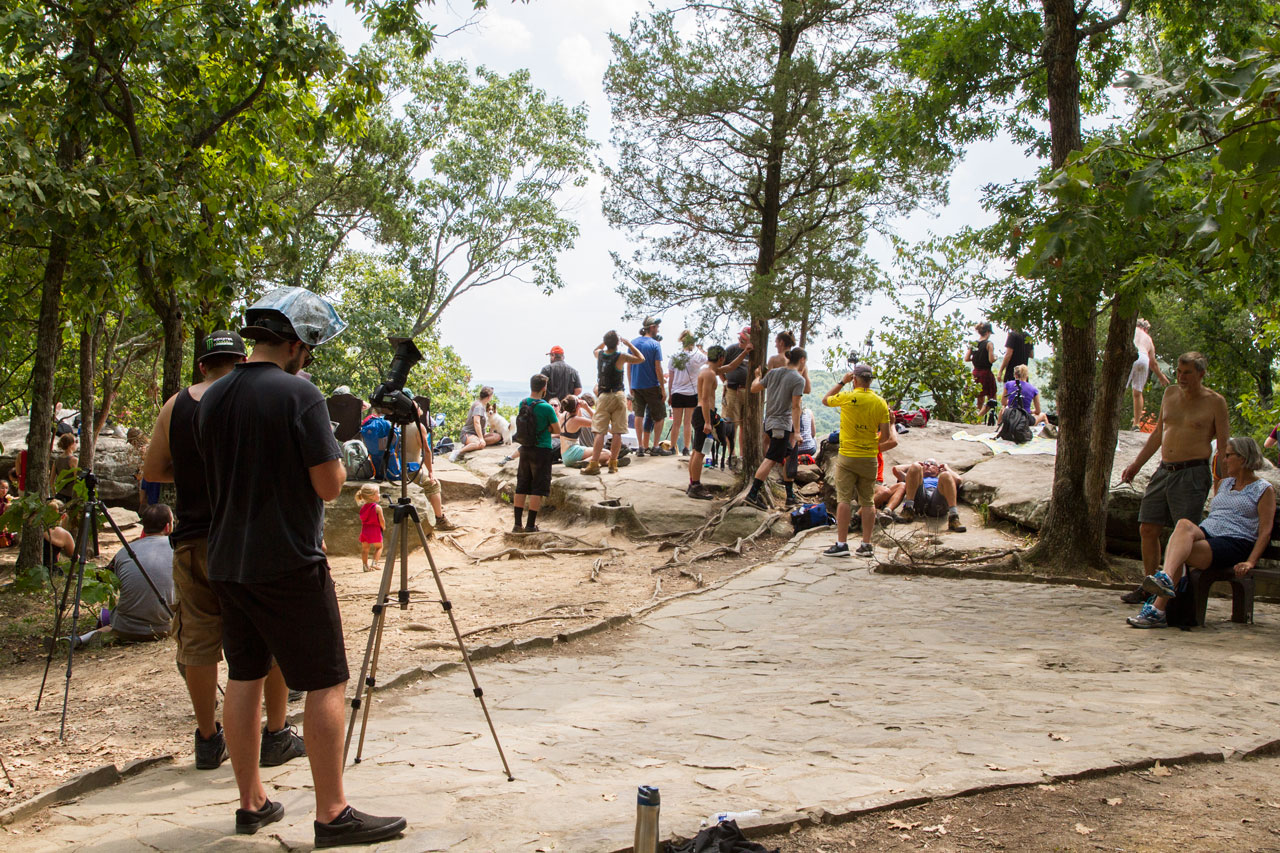 I’d originally intended to do a time-lapse of the eclipse in addition to photos from totality, but thick, intermittent clouds were frequently ruining our view of the sun. 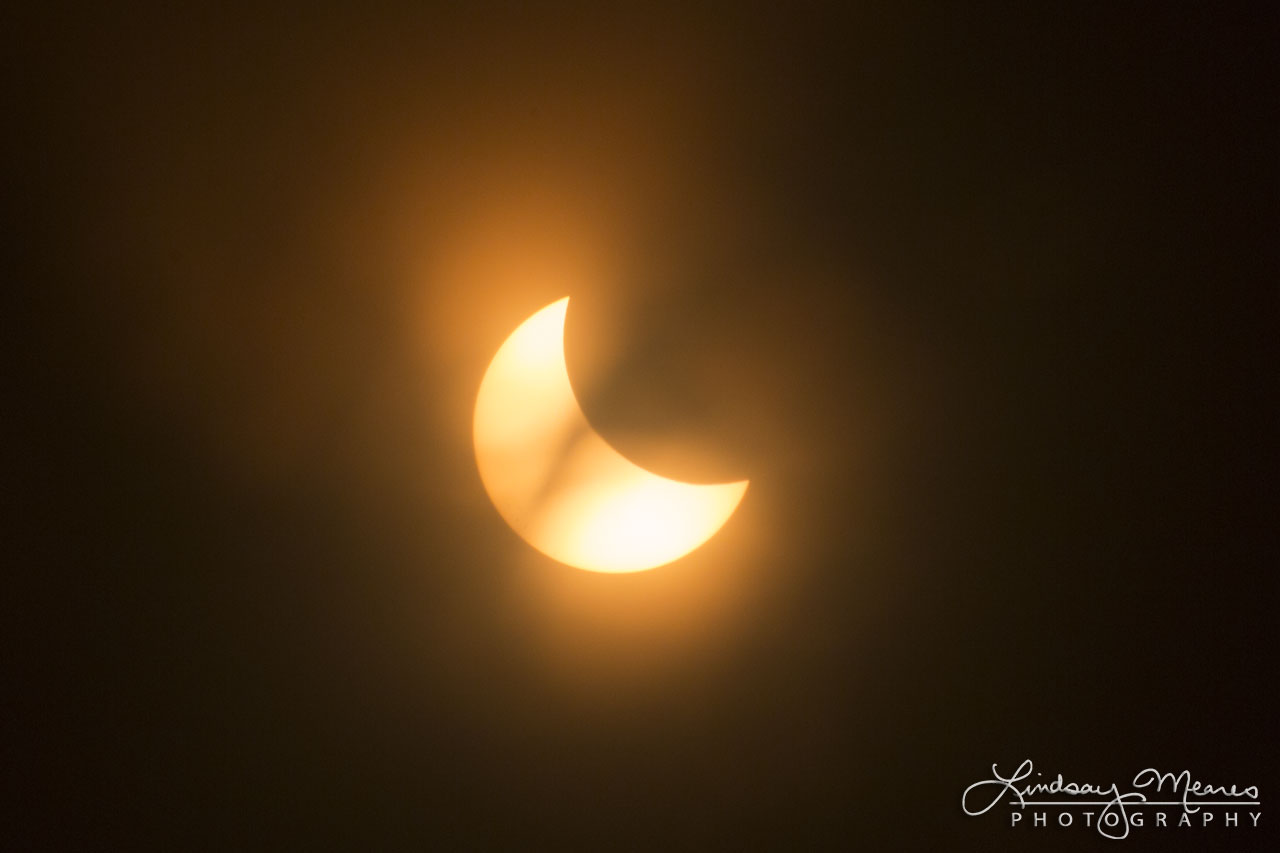 As we inched closer to the eclipse, things got more exciting.  Crescents (pinhole camera effect) were appearing in the shadows from the trees. 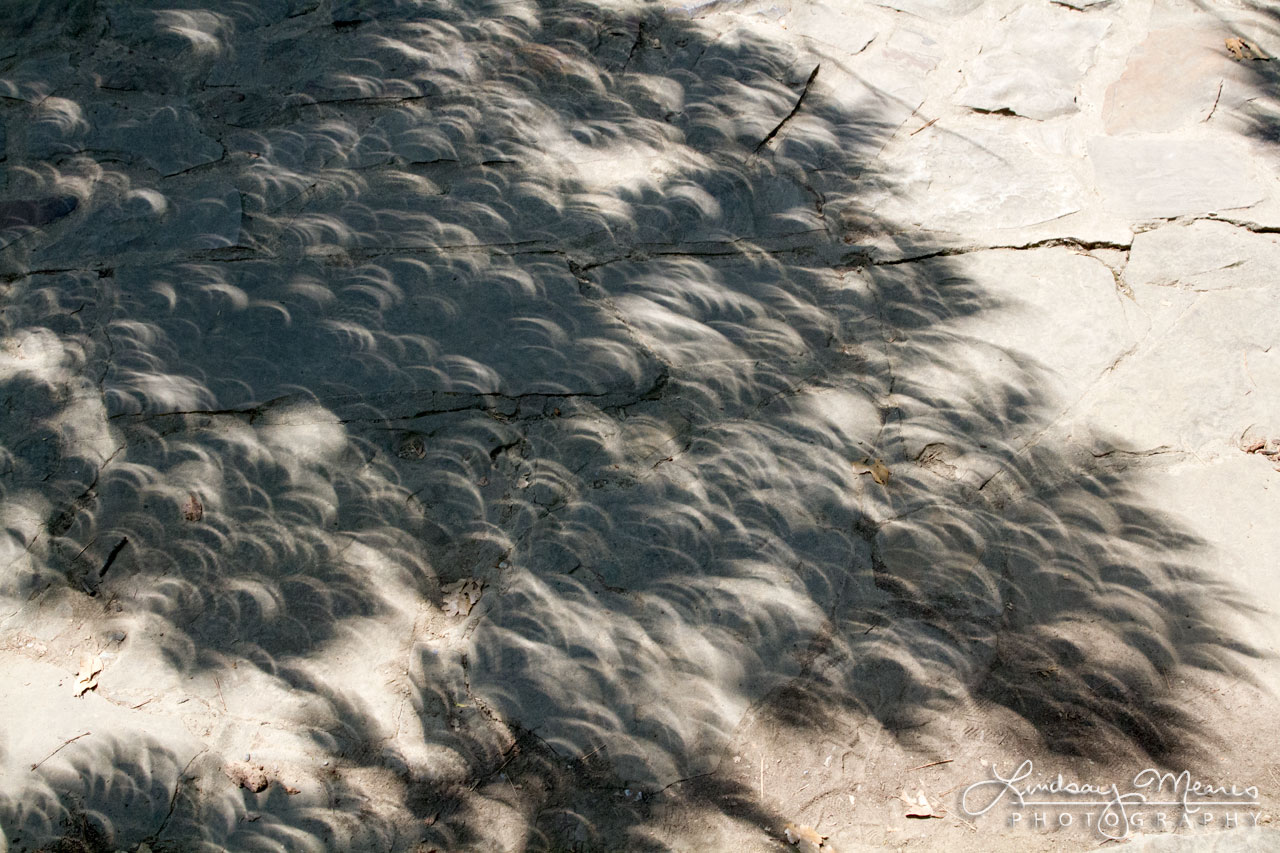 And there was just a sliver of sunlight left.  After this point I removed my solar filter, as it’s not needed during totality. 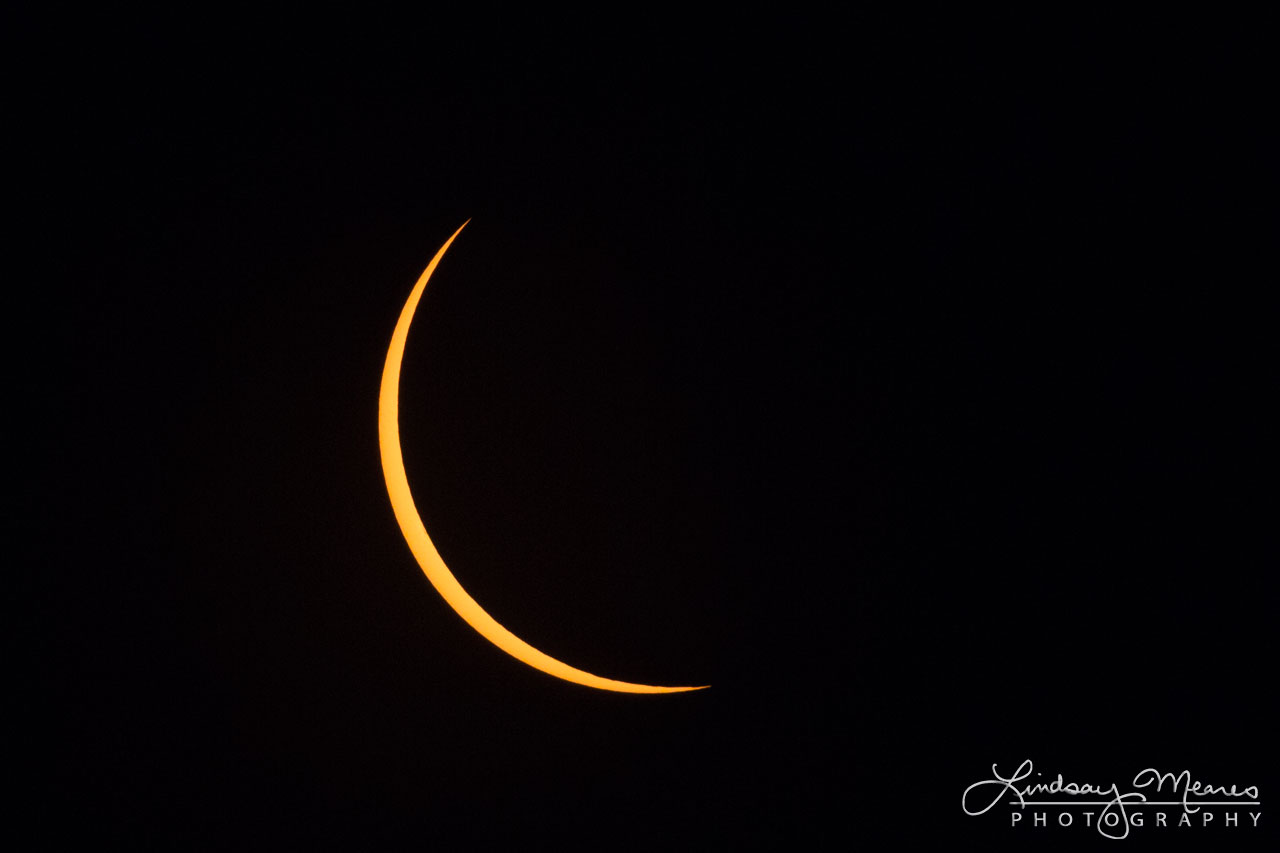 And then it was go time! 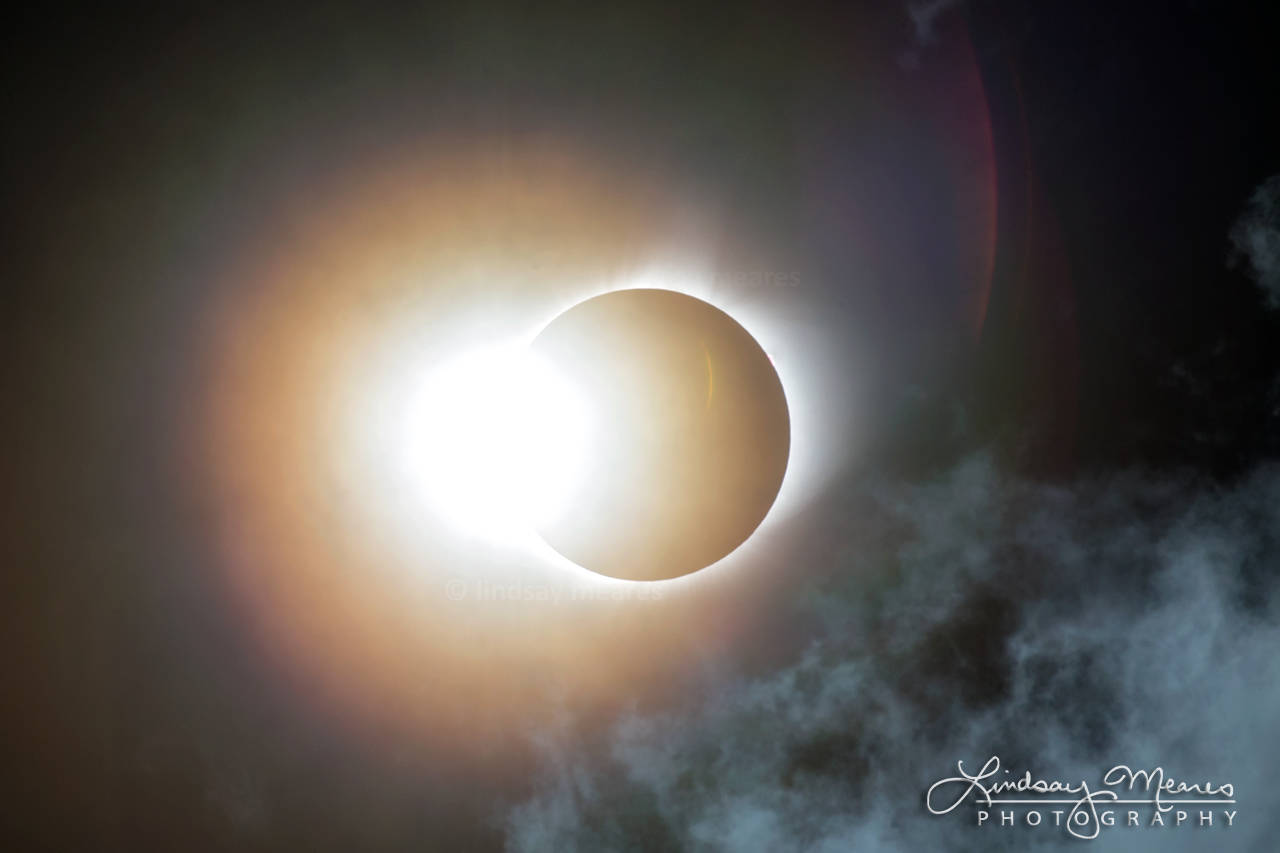 The troublesome clouds which had been plaguing us all day were courteous enough to allow us a glimpse of this epic event.  The crowds of people at our site began cheering as the sky dimmed and the corona shined brighter. 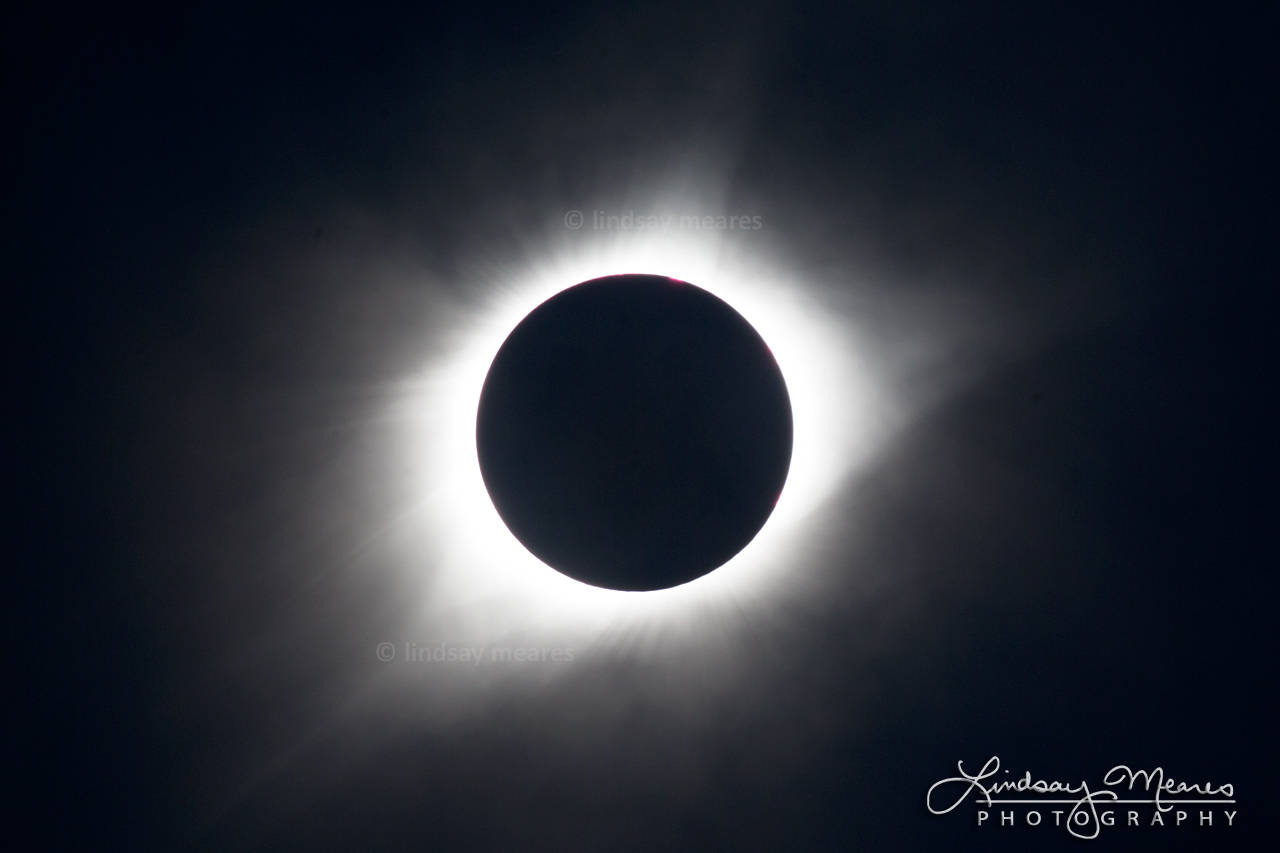 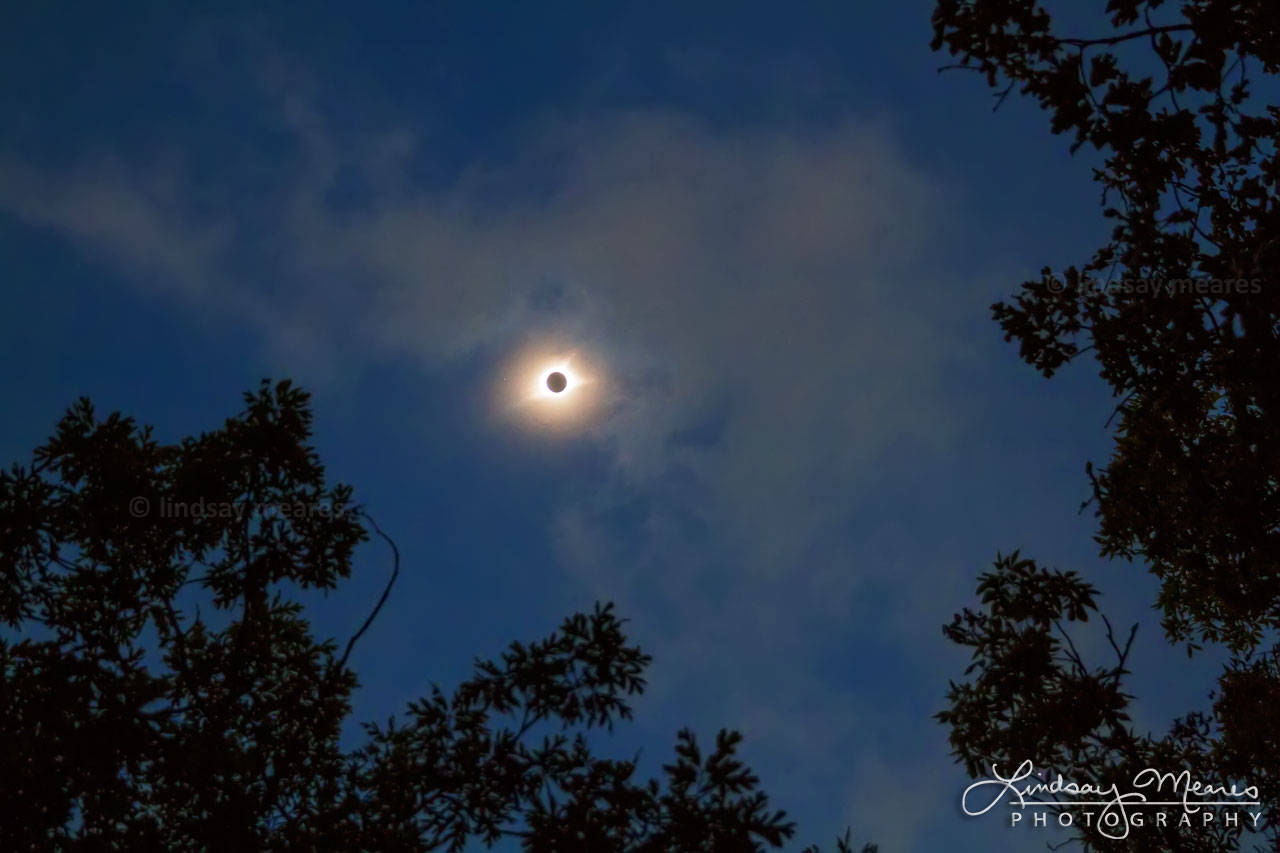 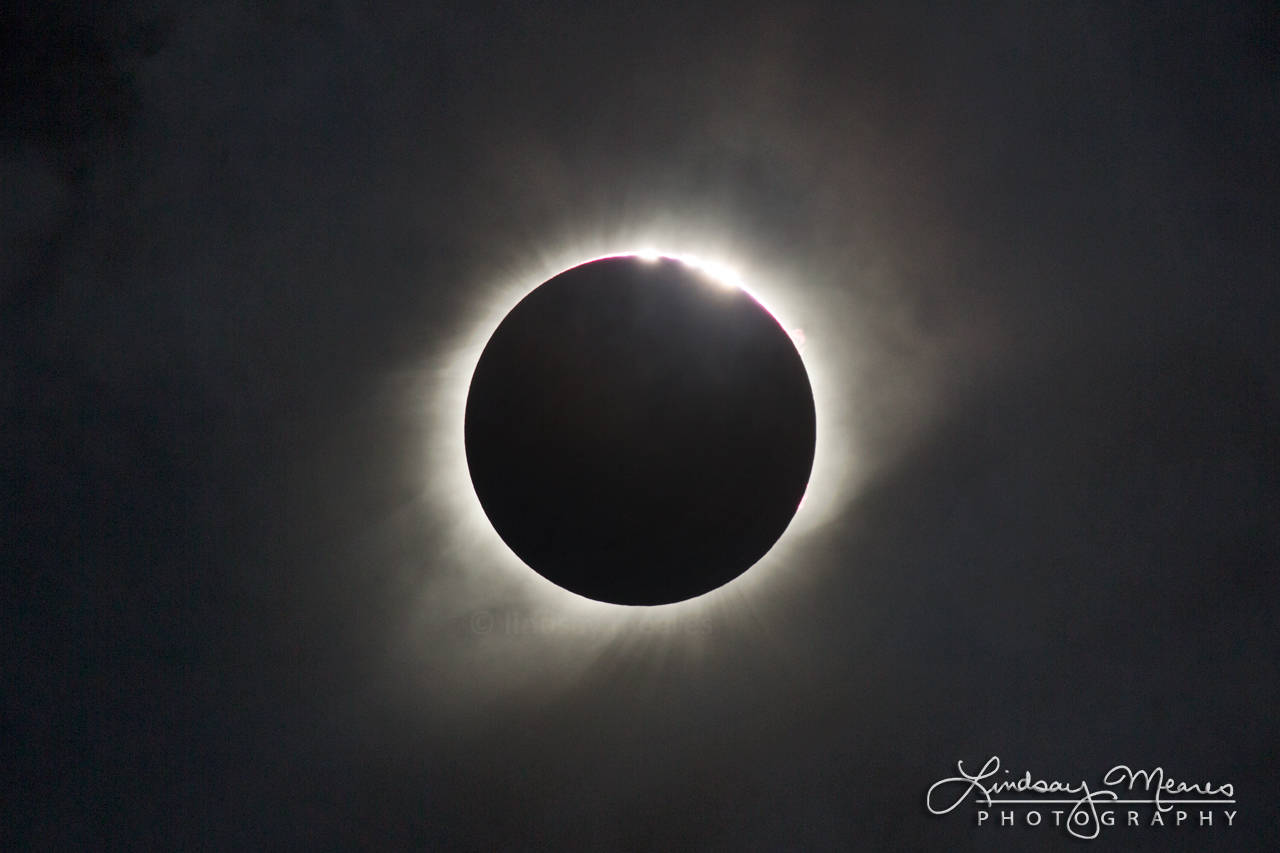 As soon as the sun began to peek back through the craters, a thick layer of clouds rolled in, blocking out our view of the sun.  We were incredibly lucky the weather cooperated as long as it did (and for the correct 2 minutes).

All and all, it was an incredible experience and I was pleased I managed to successfully capture this moment with my camera.  I’m already looking forward to the next U.S. total solar eclipse which will be on April 8, 2024! 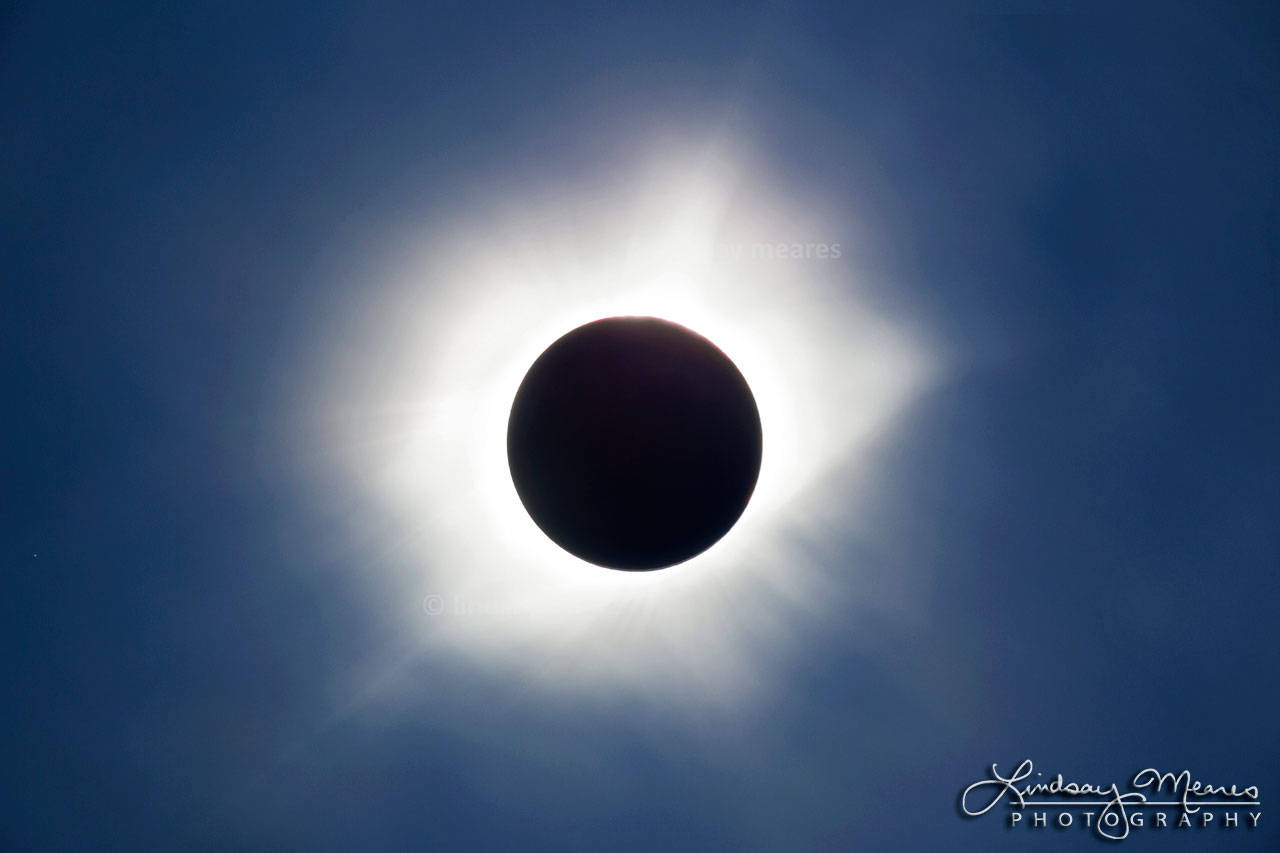