So I’m a little late on the new year, but I figure I’ll go ahead and post some of our favorite photos from 2013 before we commence our 2014 travels. Maybe I’ll get some 2014 calendars made next…

Anyway, both Travis and I picked our top 15ish shots of 2013 without looking at each others choices. Many were the same, others were not. A few we picked very similar shots from the same location. Anyway, here’s our favorites from 2013:

We first visited Mono Lake on an overcast day in April 2009. We didn’t spend much time there, but I was drawn to the interesting shapes and textures of the tufa. I kept Mono Lake high on the list of places I’d most like to revisit, and we finally found some time in July 2013. Again, we didn’t spend much time at the lake, but I was able to capture a pretty nice sunrise from the shore. Travis felt obligated to add a Mono Lake photo to his top photos of 2013 because he knew I might get upset if he didn’t. Mono Lake made my list, obvi. 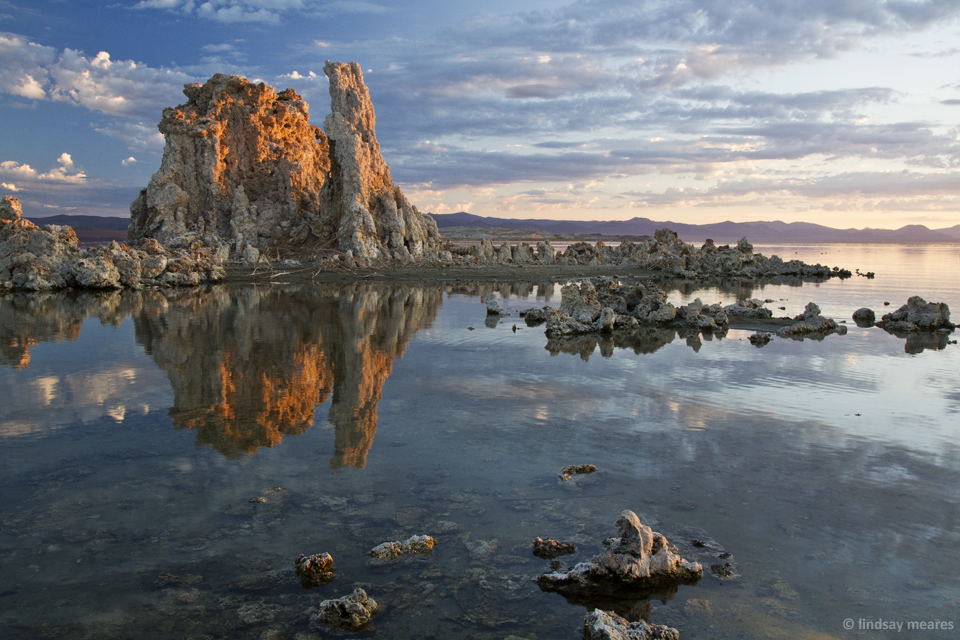 When I see my photos from the Antelope Slot Canyons I am both in awe at the natural beauty of the swirling canyon walls, but also amused at my experiences being there. The canyons are crowded and expensive. It’s like an park attraction, large tour groups heading every which way. The guides do a good job at ushering you through and attempting to keep stray people out of photos, but you can assume that most of my photos from here are about 3 seconds away from someone’s foot or head bobbing into my shot. The famous light beams are carefully manufactured — the guide throws heaping handfuls of sand into the light beams and dozens of camera shutters click at the same moment, trying to catch that magic moment. Why is this photo on my list anyway? 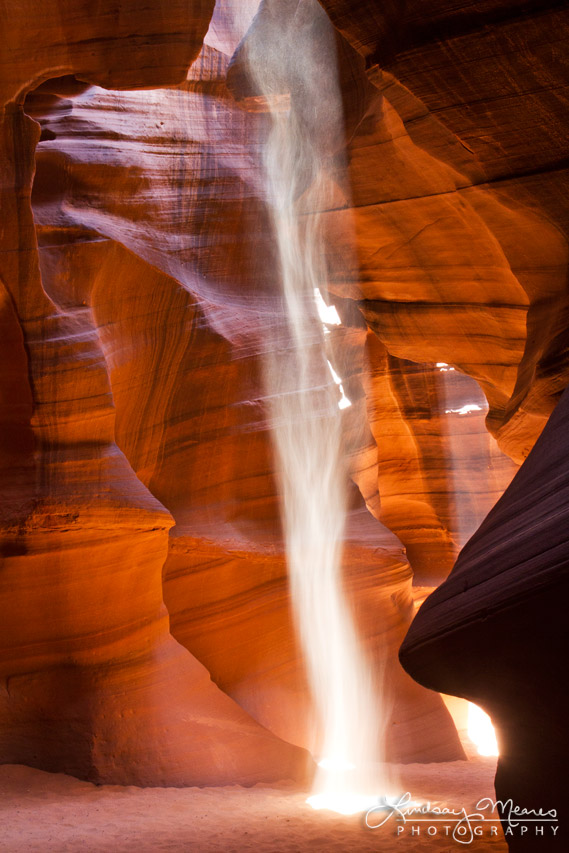 When we visited Yellowstone in July 2009 we visited Grand Prismatic Spring and I took a pretty nice panorama with some buffalo tracks wandering through. This time, I wanted to find the aerial view of the spring so I could see it in it’s entirety. We found a steep trail that was pretty sandy with a ton of logs everywhere you had to jump over, but we made it up and the view was quite nice.

Travis and I picked different versions of this photo. He picked one that features the pink sky more, whereas I went with one with more foreground flowers (shown). Either way, this sunrise morning in Grand Teton National Park was definitely on our list of top places in 2013.

We picked different versions of this bear sighting — either way, finding these bears was pretty awesome. We had just spent 4 days in Grand Teton and Yellowstone National Park, eyes glued to windows looking for bears constantly. No bears. We were pretty sad actually, that we were heading back to the airport without a single bear sighting for the weekend, when suddenly I saw two brown dots off in the meadow. “What’s that?” *pulls out zoom lens* *takes photo* *zooms in on photo in viewfinder* “Bears!!” So anyway, we then proceeded to create a bear jam as I climbed on top of the SUV to try and track them, and then we watched them as they crossed the river, got separated, then eventually found each other and wandered off into the trees. Then we really had to go to the airport.

Favorite waterfall of El Yunque National Park in Puerto Rico — I love the pattern on the rocks. I don’t even know if this is a named waterfall; we passed it looking for the bigger waterfall, though I’m not sure if that one is named either. Anyway, I’m proud had the foresight to instruct Travis to remove a rogue leaf off the middle of the waterfall rock so I wouldn’t have to remove it in post, though I think he just deposited it on the rock in the foreground. 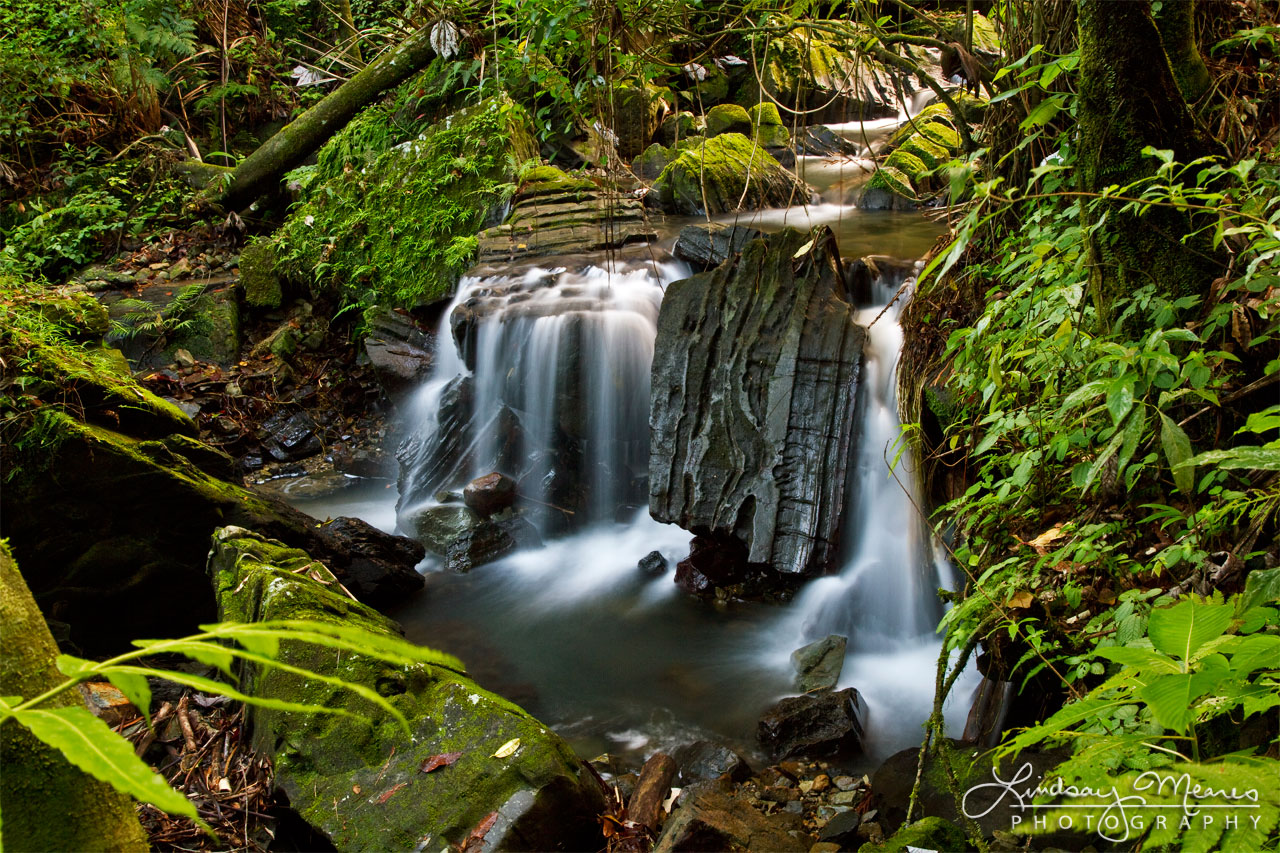 This was the consensus favorite photo from Bryce National Park as it made both of our lists. We only stopped through Bryce for a day and saw only a fraction of the part (although it was the more popular areas we saw). Sunrise was mostly a bust, but the morning light was quite lovely with the fog drifting in over the hoodoos. Another place I’d like to revisit someday. 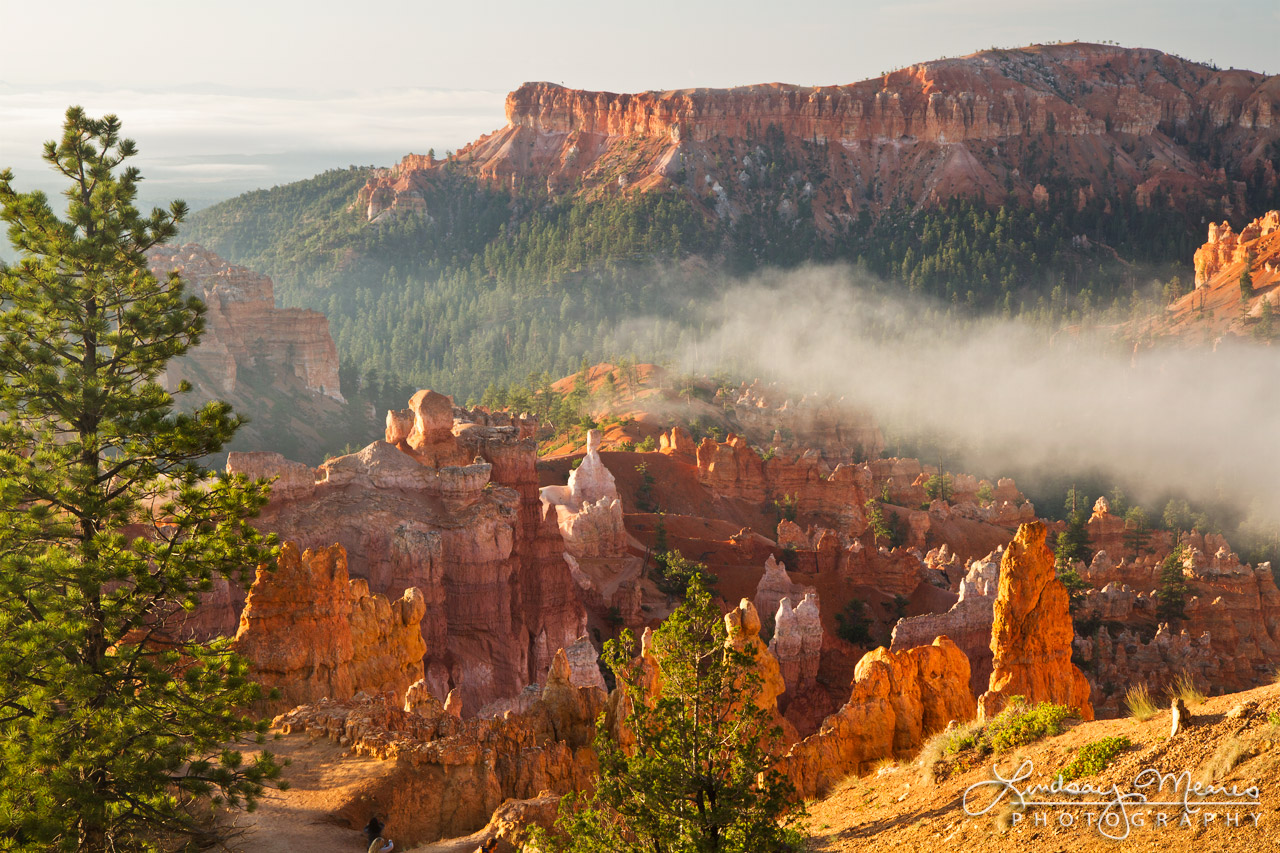 This photo made both of our lists. We were in Great Basin National Park, which boasts some of the darkest skies in the country. It was our second night in the park and we were lucky enough to get clear skies to seek out the summer milky way. We drove up and down the park road looking for the best vantage point, and eventually decided on a spot where you could see the stars beyond Wheeler Peak. We don’t get a chance to see the milky way often, so those few occasions tend to rank high on our favorites lists. 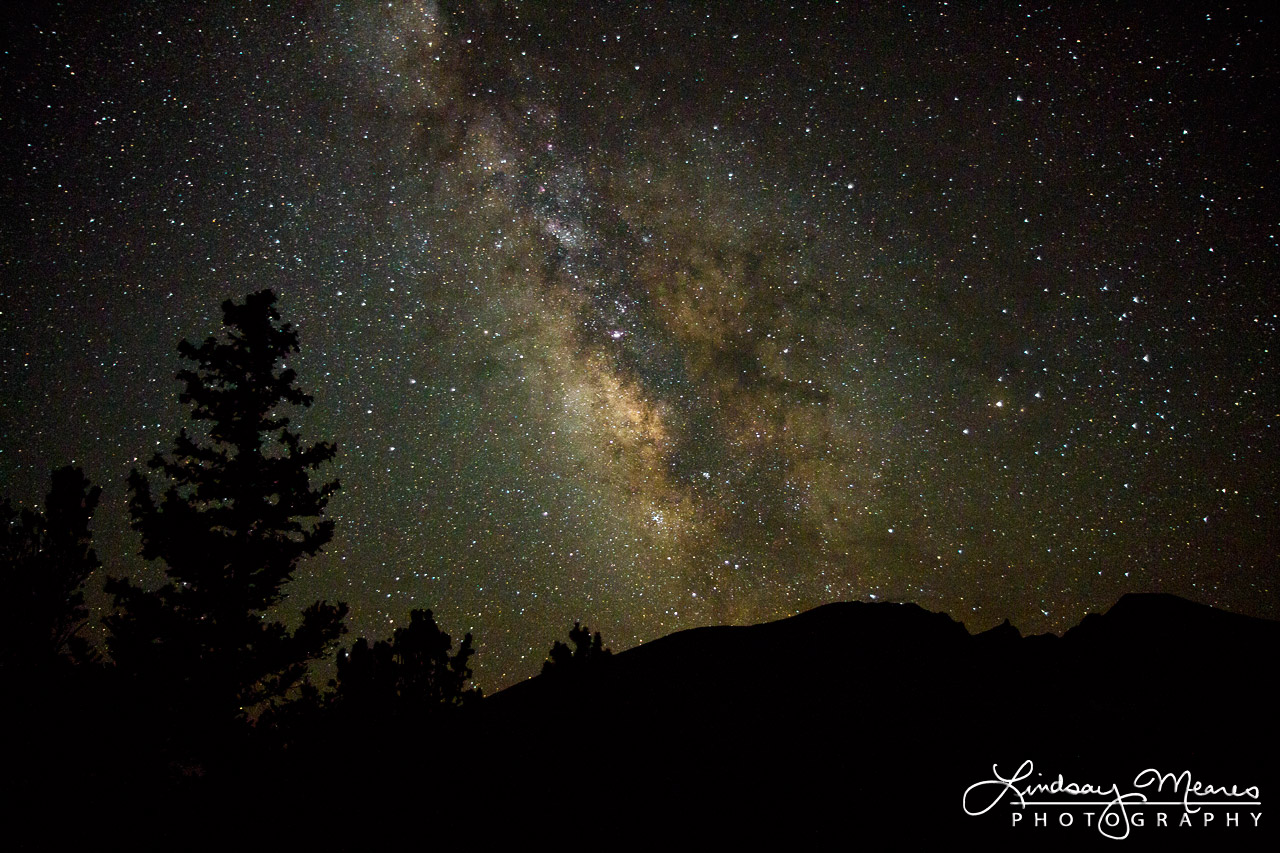 One of my favorite photo moments of all years for being in the right place at the right time, even if I’m not sure if it’s my favorite photo. We had just spent a long afternoon being unlucky with geyser prediction times and were about to get poured on. We almost called it quits multiple times, but after a lot of back and forth, we eventually ended up on the geyser field at a gorgeous sunset, watching a geyser randomly erupt into my shot.

Aside from being a really nice sunset at a really grand place, I especially enjoyed creating this photo because other visitors actually shooed away a family who tried to take a photo underneath the arch during sunset. I’ve never seen that happen before. Anyway, we visited Delicate Arch on the last of our 3 nights in the park, and it was the best weather we possibly could have had that entire weekend. Awesome place. 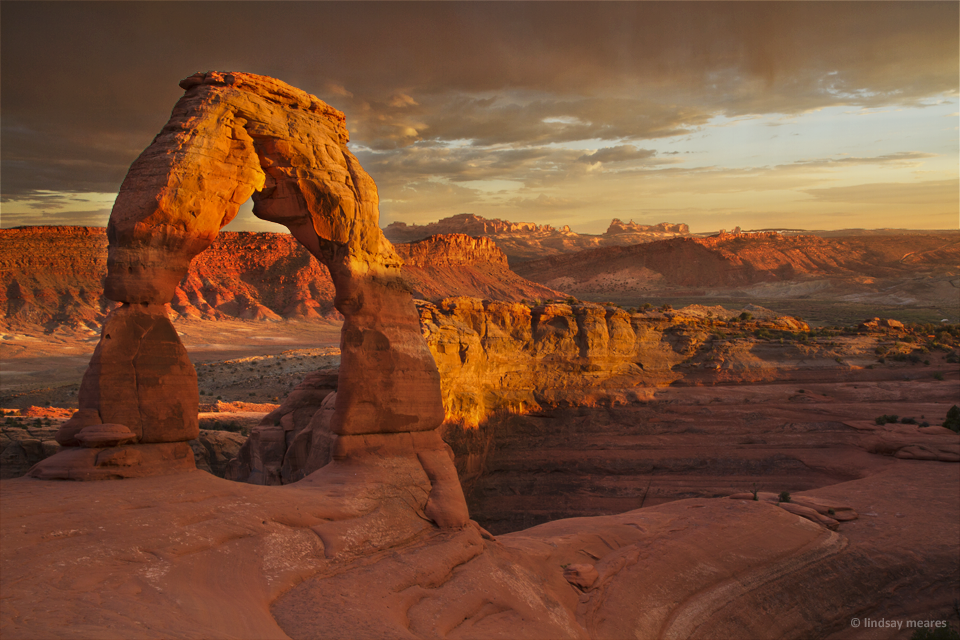 Travis names that as his favorite photo of 2013. It wasn’t on any of my lists. Or the backup lists. It’s not a bad photo — the stray cloud in the sky just bugs me. This was actually a really good night. We were in Arches National Park, the stars were coming out, and we decided to take a midnight hike to try and find the milky way behind an arch. Travis (the one who has spacial skills) picked a good arch and we spent an hour sitting there in the middle of the night testing out different compositions, light painting, and being grumpy at cloud coverage. 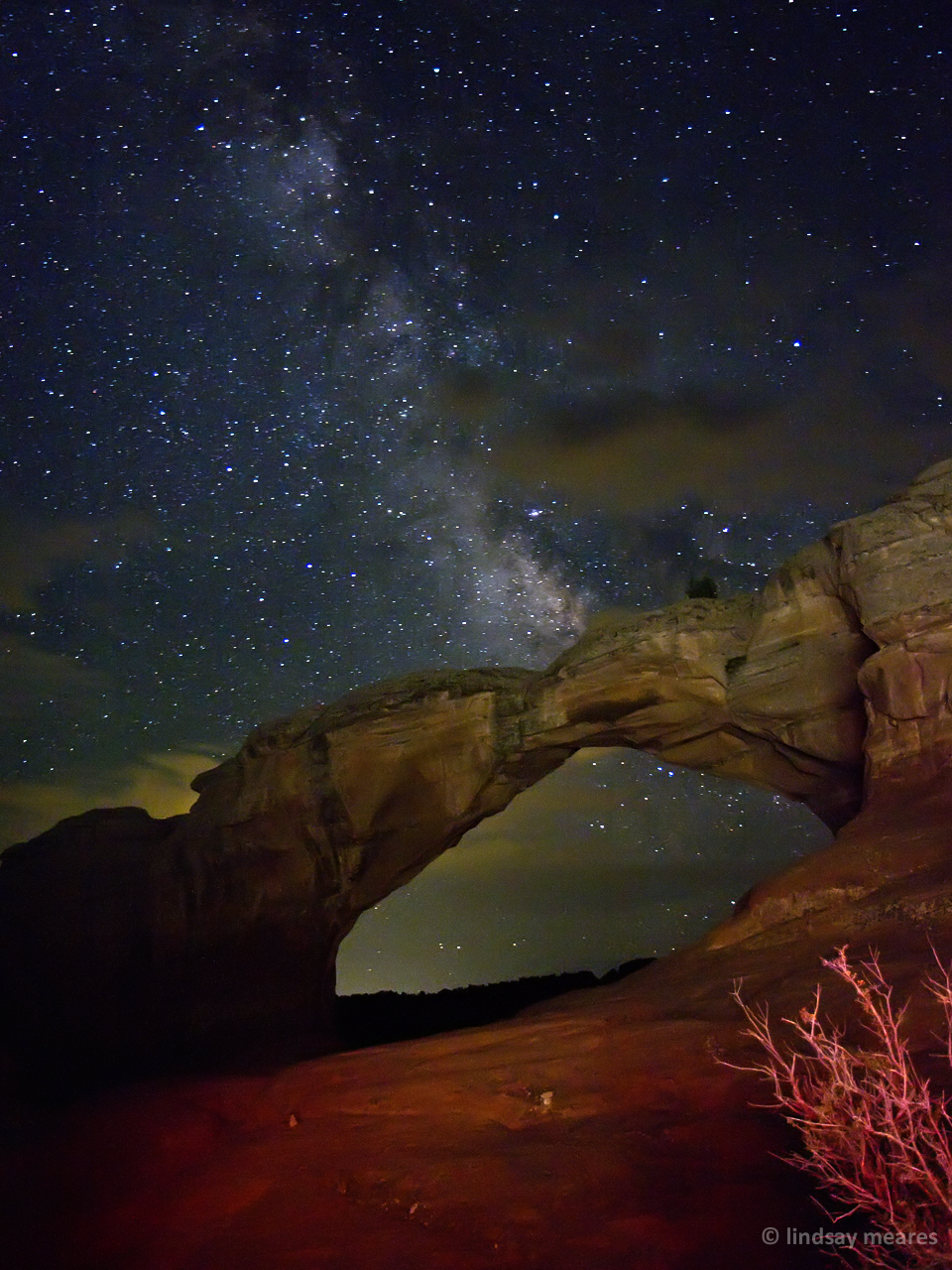 An honorable mention, this makes the list probably because it’s the only place we’ve attempted underwater photography. Taken with a GoPro and a determined snorkeler, chasing turtles across the Caribbean. 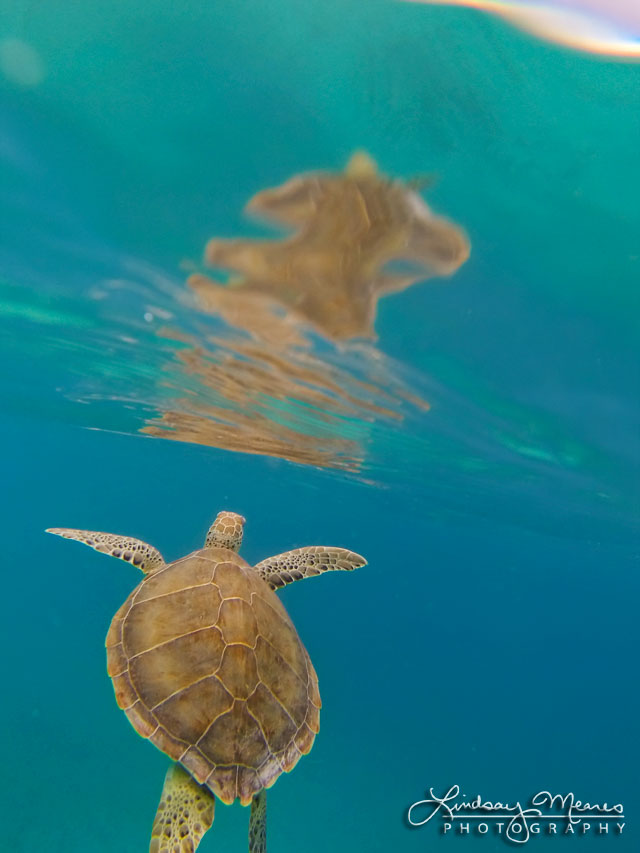 And finally, I’ll throw a favorite in that made my list but didn’t make his… I guess I’ll go with… sand dunes. I like sand dunes. They start to look the same after awhile, but if the light is good they look pretty awesome. 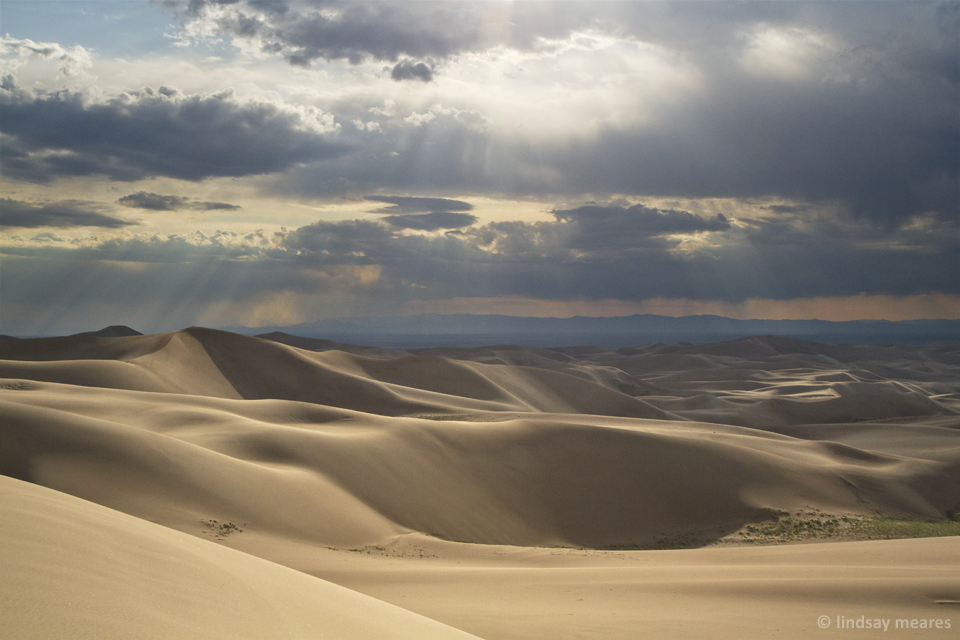