We had so much fun exploring the beautiful colors of New England in autumn, we decided to see if we could find some fall color locally.

We decided to squeeze Chickasaw National Recreation Area into our Thanksgiving weekend schedule. It’s only a few hours north of us, so we drove up one afternoon and drove back the following morning. We definitely plan to visit Chickasaw again in other seasons before planning out the coin art. 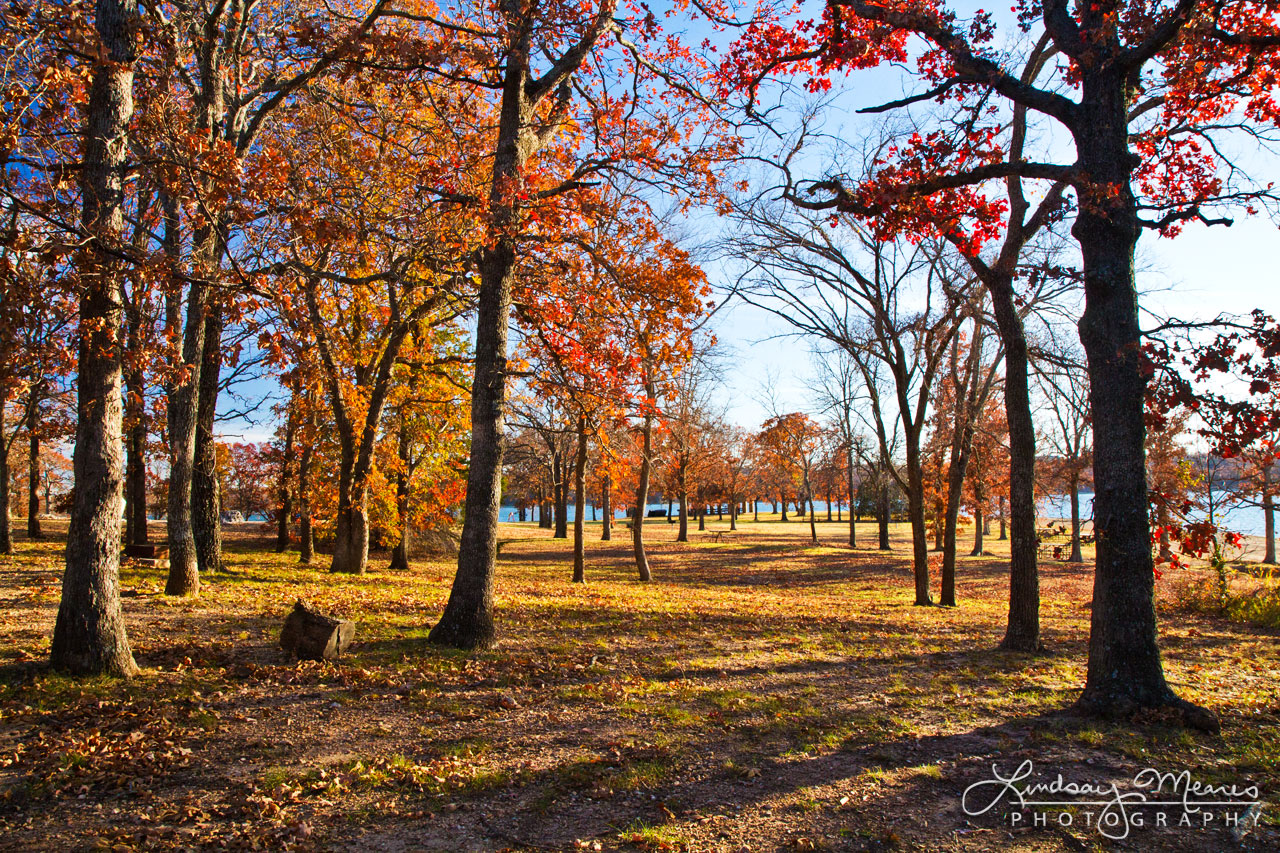 First view of the Lake of the Arbuckles. We were a little late for fall color in Oklahoma — many of the trees had already turned and lost their leaves. There were a few gems though.

We knew before we left that we were probably a little late for peak Oklahoma foliage, but we also considered this a scouting trip for future photography weekends. It was also a nice weekend getaway — we stayed at the Echo Canyon Spa Resort in Sulphur, which is a fancy secluded place with nice in-room whirlpools for lazy post-photo lounging.

The park itself was very empty, I guess it’s not a popular November spot. We’ll have to see what it looks like at other times. 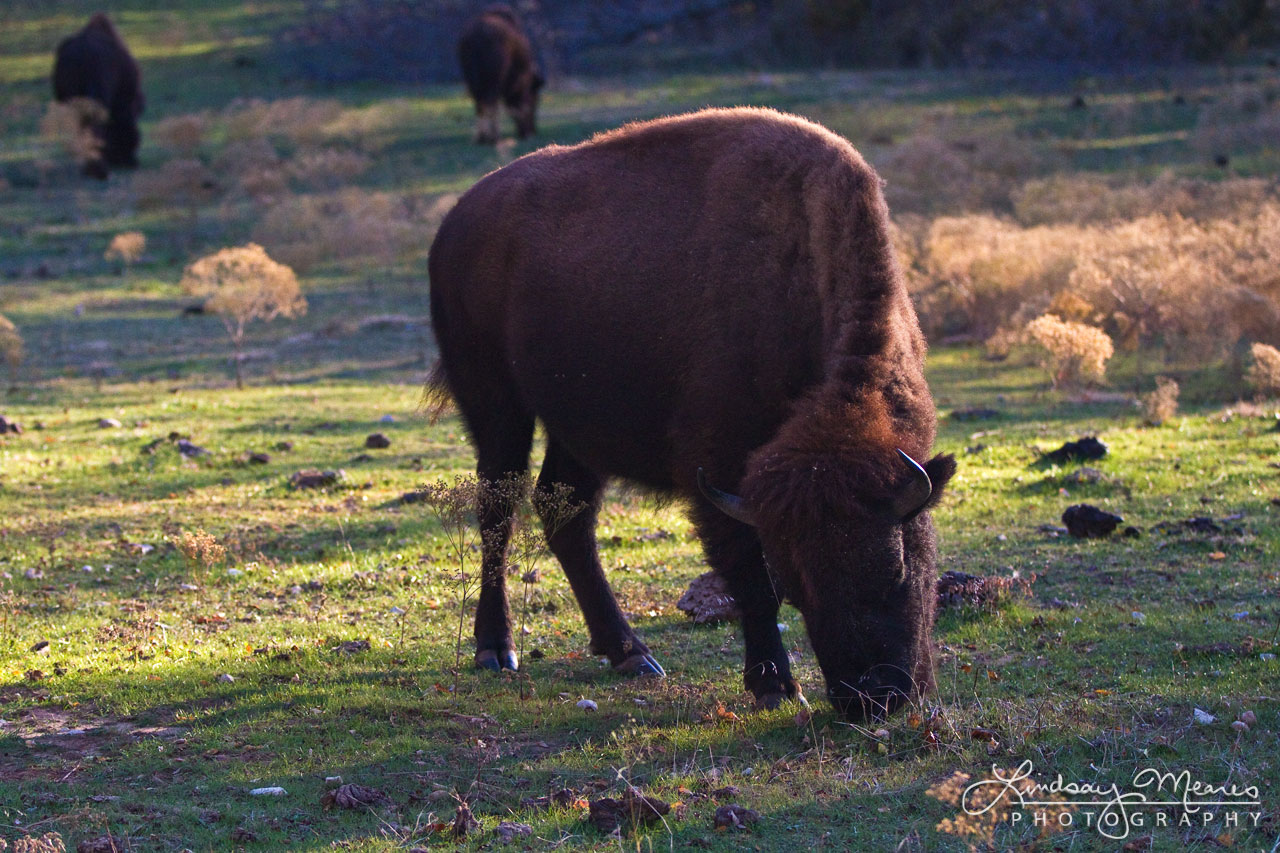 This was spot was called the Bison Viewpoint. Guess what we found? Bison! I asked a guy at the hotel if there were always bison at this spot, and I was told they come and go. I went back twice the next morning and there were no bison, so I guess we were lucky the first night (or unlucky the following morning). 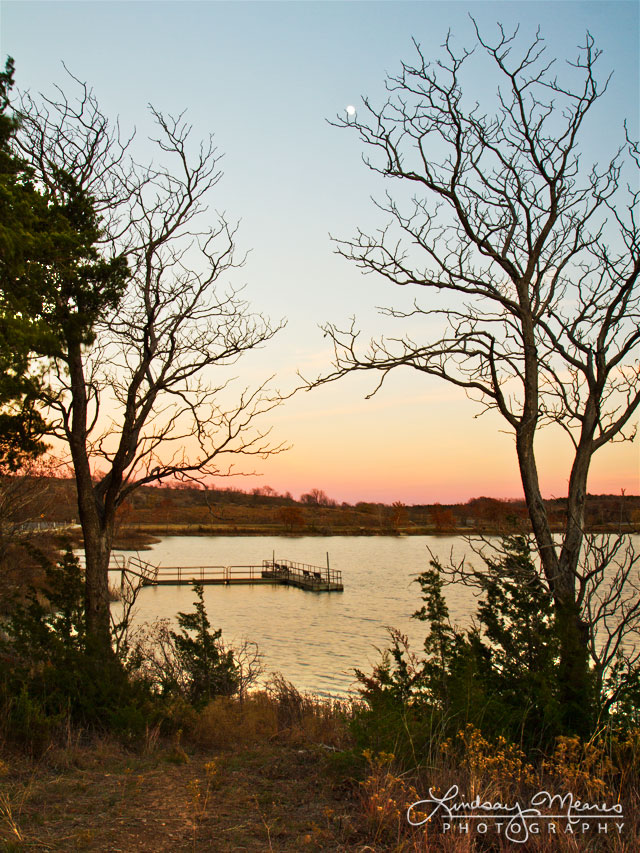 We ended the day in the northern part of the park at Veterans Lake. The sunset shot is above, the sunrise shot is below. 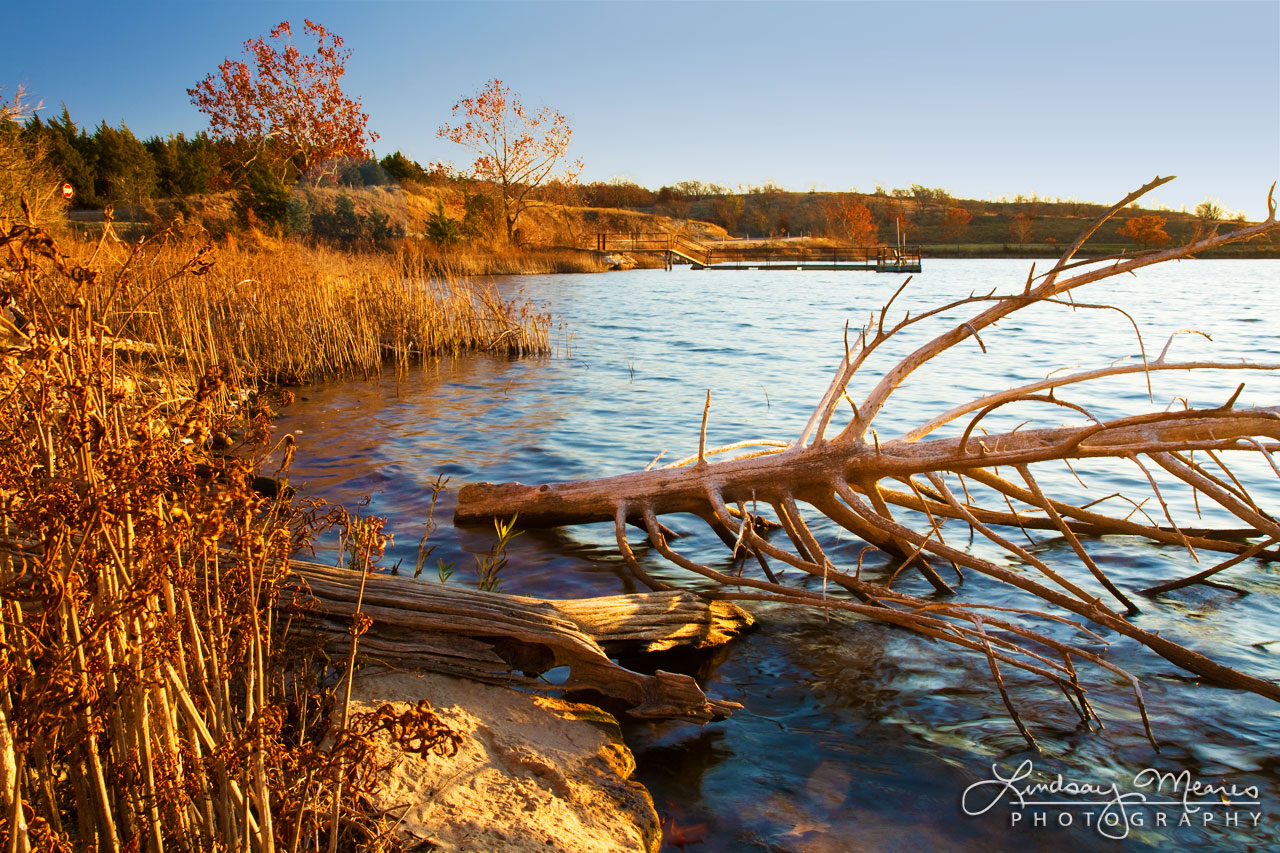 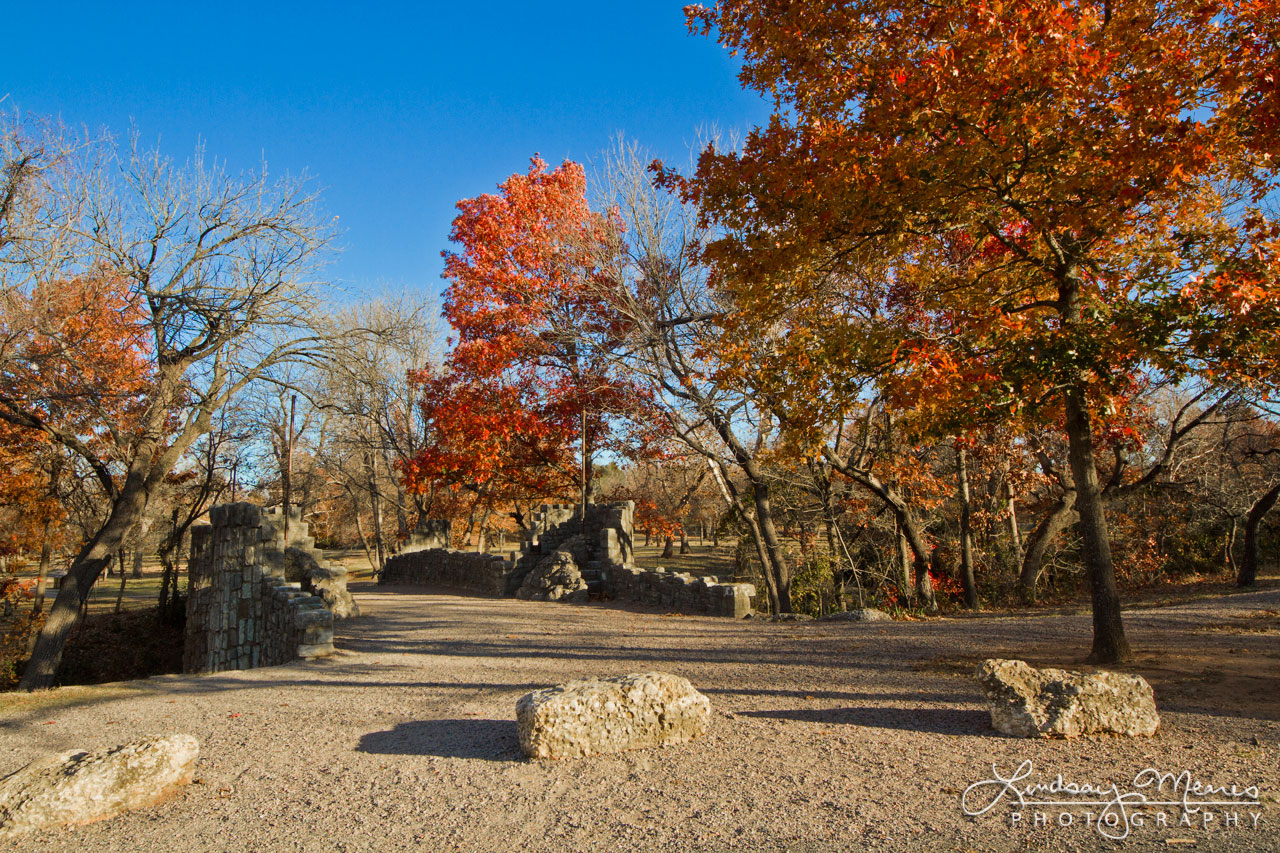 And here’s the Lincoln Bridge, which is featured on the America the Beautiful coin for Chickasaw National Recreation Area.

This stone bridge, connecting the Flower Park area and the city of Sulphur to the mineral springs south of Travertine Creek, was built in 1909. The bridge is the first and oldest developed structure built in Platt National Park [the present-day Platt Historic District].

The bridge was dedicated on February 12, 1909. In honor of the centennial of Abraham Lincoln’s birth on that same day, the bridge was christened, “The Lincoln Bridge.” The bridge rapidly became a favorite scenic spot within the park, confirmed by the multiple postcard views taken of it in the early 19th century. 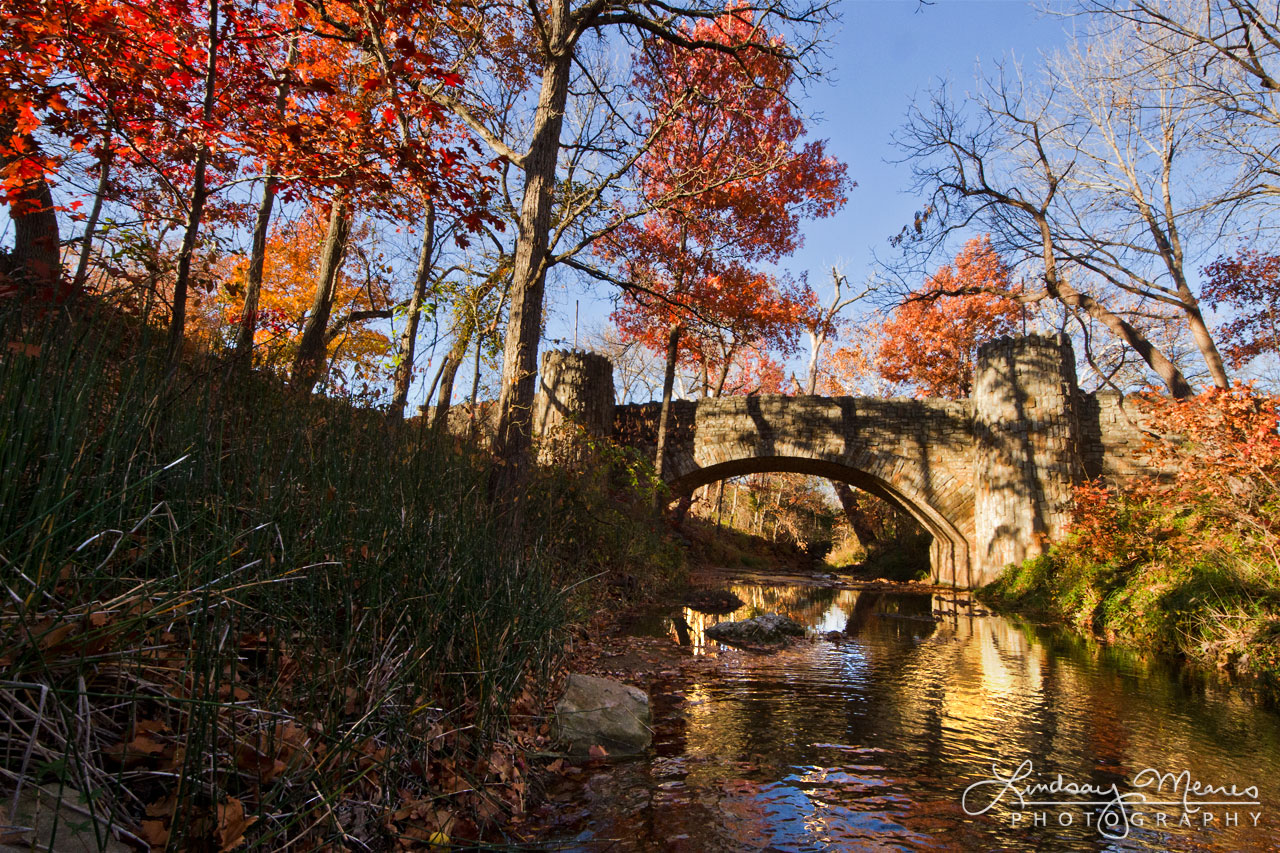 The park is also filled with sulphur springs and other water features; however, they had low water or were completely dry. We figure they’ll be more interesting when we return in another season.