We’ve only just recovered from last weekend’s trip to Yellowstone and Grand Teton National Park so the only logical thing to do is travel even more!

For this July’s summer vacay we researched prices on several of our top to-do list places (mostly Alaska and Iceland for this time of year) but eventually decided to take a mini road trip around the national parks in the United States. We’ve been trying to visit as many of the parks featured on the America the Beautiful Quarters series by the U.S. Mint, so we planned out a prospective route that will take us through three new parks (Great Sand Dunes, Arches, Great Basin) and one repeat (Yosemite). 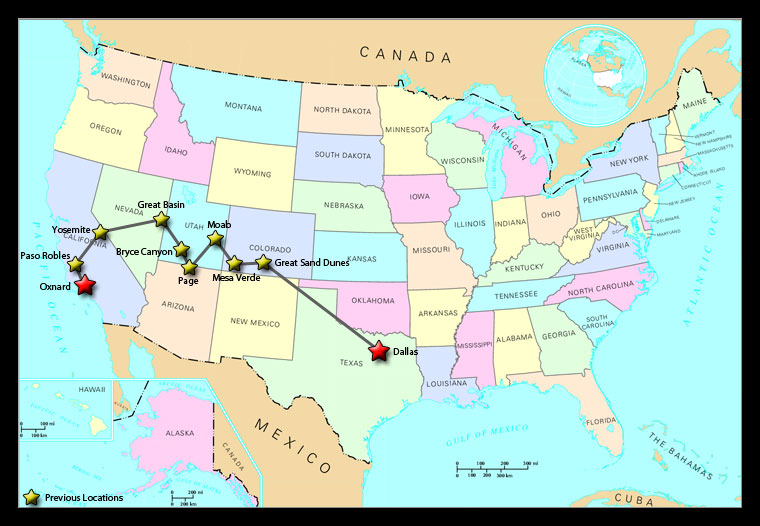 Aside from the ridiculously long first leg (we plan to sleep once we get to New Mexico at who knows what hour of the night), the rest of the trip should be a nice tour through Colorado, Utah, Arizona, Nevada and California. A quick Google maps calculation puts the base mileage/driving time of our trip at 2,493 mi, 45 hours. If we take away that first brutal leg of getting out of Texas (8 hours to Clayton, NM) then it leaves us with a much more manageable 2,006 mi, 36 hours of driving spread over the remaining 15 days of our trip. Good enough.

We have a few things planned right now, but as always we’ll probably make some of it up as we go along. 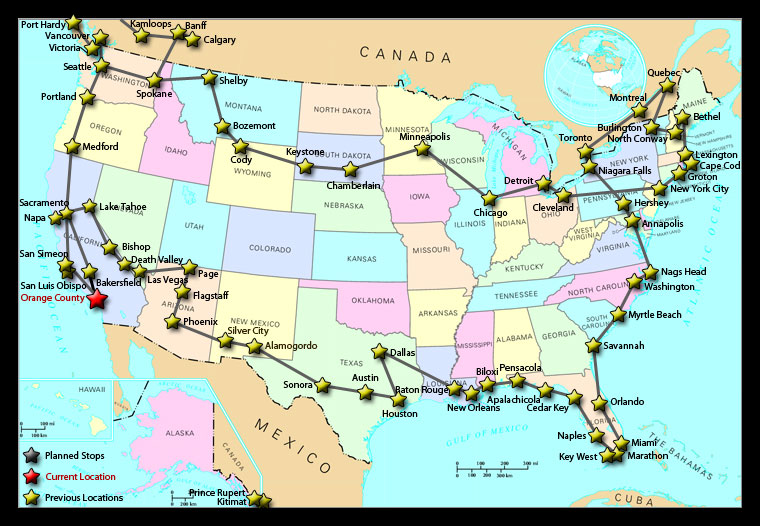 4 years ago today we were in Vancouver, BC. We had sushi and japadogs and wandered around the Canada Day celebrations.

Hmm… this is fun…