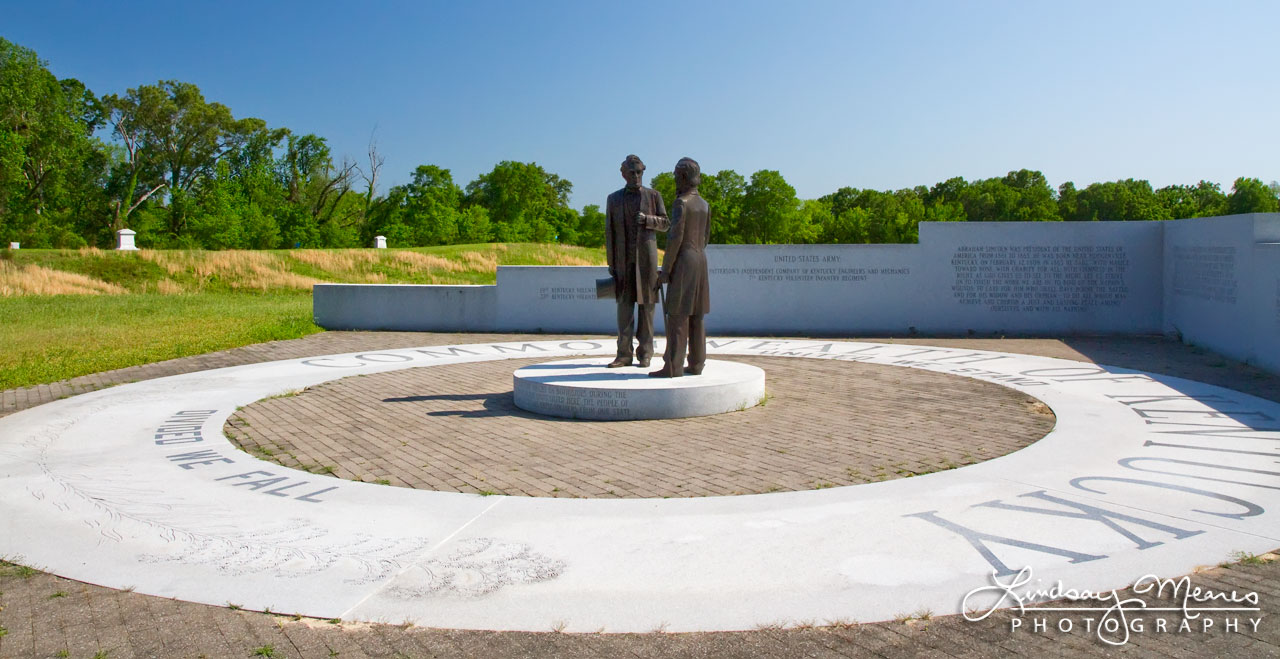 Two statements, two Presidents, both aware of the importance of the city on the Mississippi River. President Davis knew it was vital to hold the city for the Confederacy to survive. President Lincoln wanted the key to gain control of the river and divide the South. Vicksburg National Military Park commemorates this campaign and its significance as a critical turning point of the Civil War. – National Parks Service

Up until now most of the parks we’d visited were the more of the natural scenic parks rather than historical parks; however, we have several of these historical parks and monuments planned for 2013. We started with Vicksburg National Military Park in Vicksburg, Mississippi. The park preserves the site of the Battle of Vicksburg of the American Civil War. 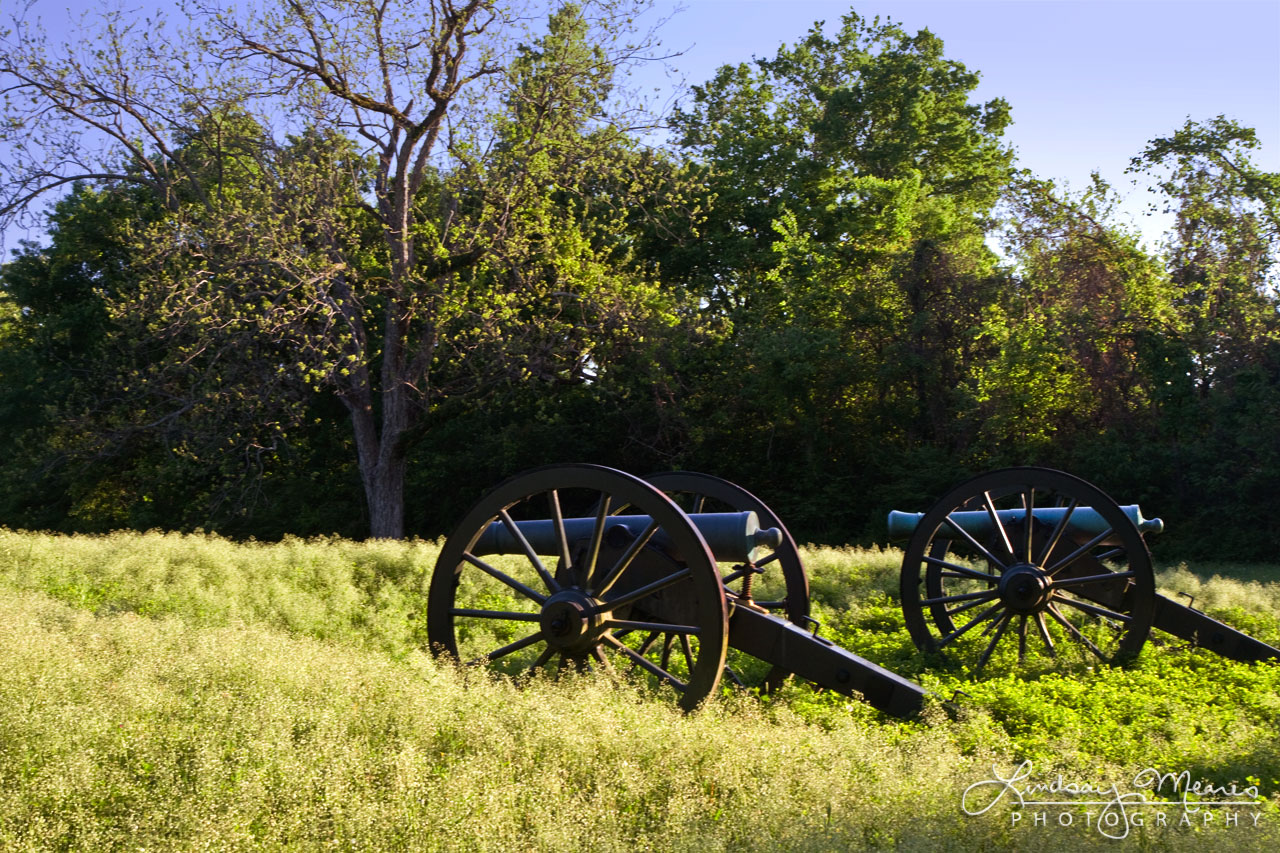 The park itself was quite nice — lots of rolling green hills dotted with monuments and informational signs which detailed where particular events occurred.

Over 1700 monuments, plaques, tablets, and markers were originally slated to be placed on park grounds. In addition to those never sited, several hundred tablets and markers have been removed, damaged, or lost over the years. Currently, over 1350 of these commemorative features have been documented as still present within official park boundaries or on former park lands. – National Parks Service

Many of the monuments represent particular states which were involved in the Civil War. The one below is Louisiana. 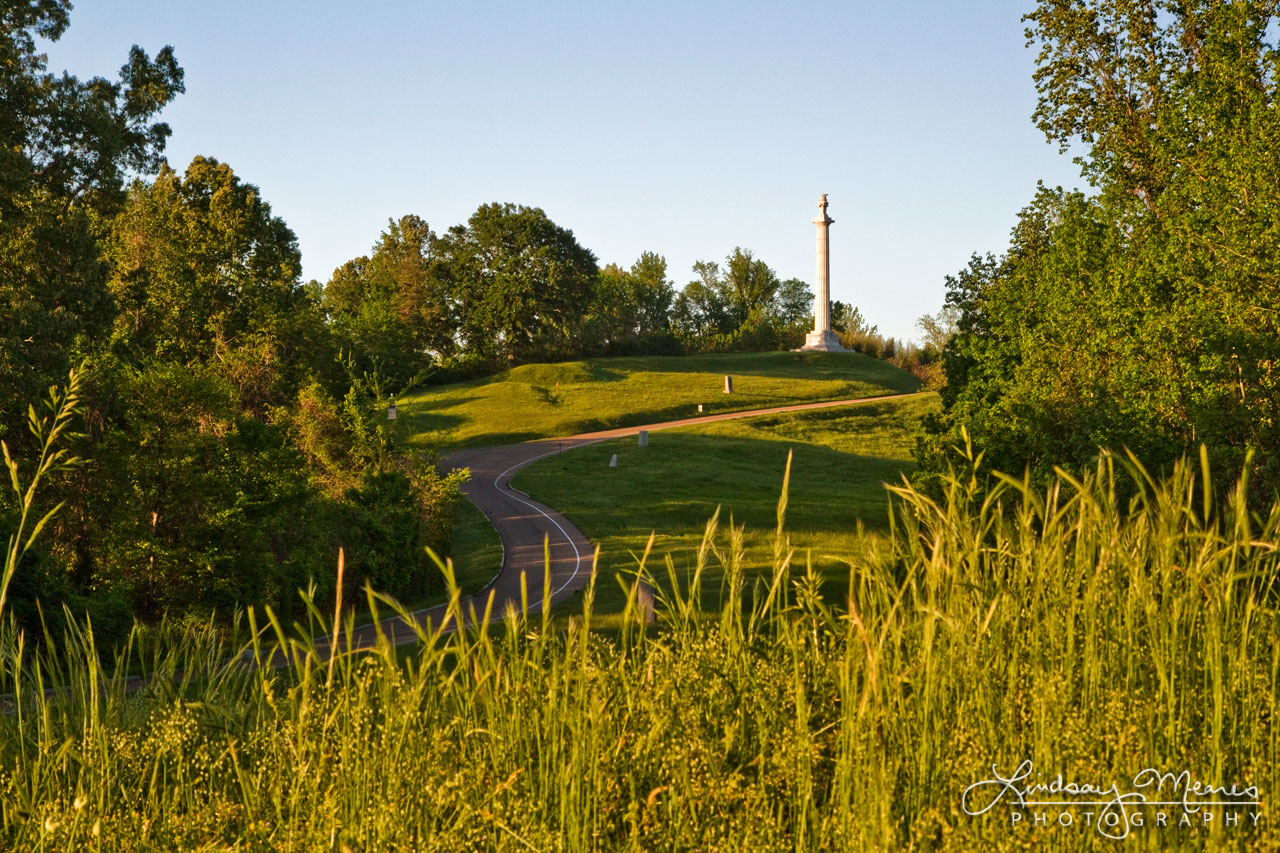 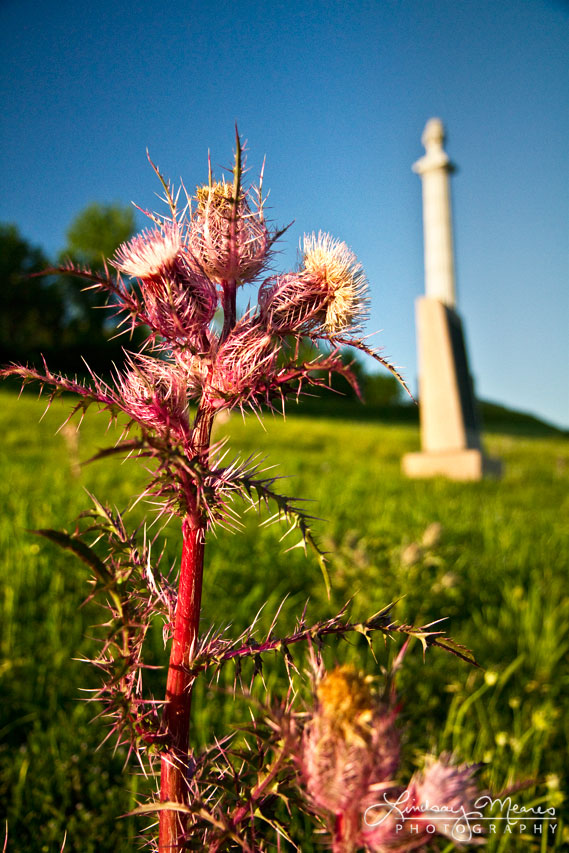 Above, the Louisiana monument with some sort of strange flower I found. I really have no idea what it is.

Anyway, our first evening we arrived after the main park road had closed at 5pm. We were a little disappointed we couldn’t drive the park loop at sunset, but instead we took a nice 3 mile walk around the first loop in the park. There are about 16 miles of tour road in Vicksburg, and while they shut the gate to cars, a lot of people were in there after close walking their dogs and jogging. 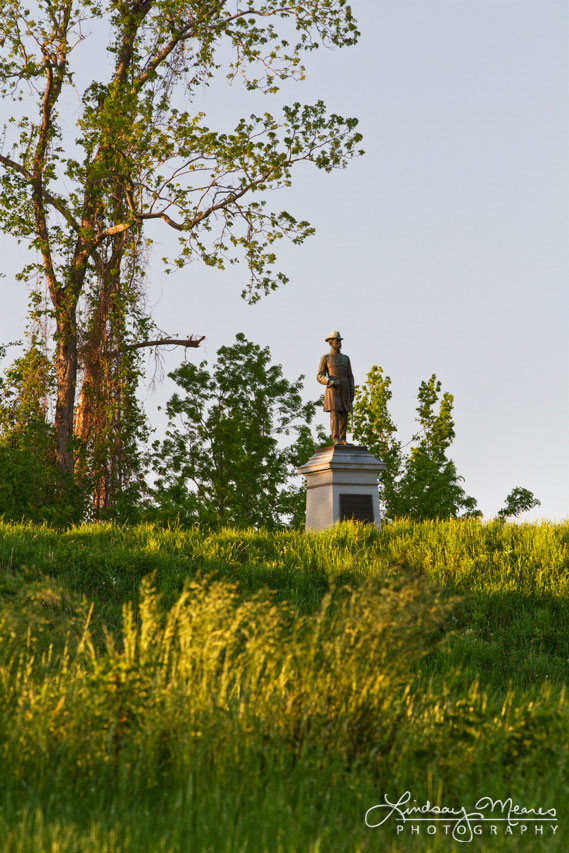 Above, a statue of Andrew Hickenlooper. Below, a detail shot of one of the monuments, I believe it was Ohio. 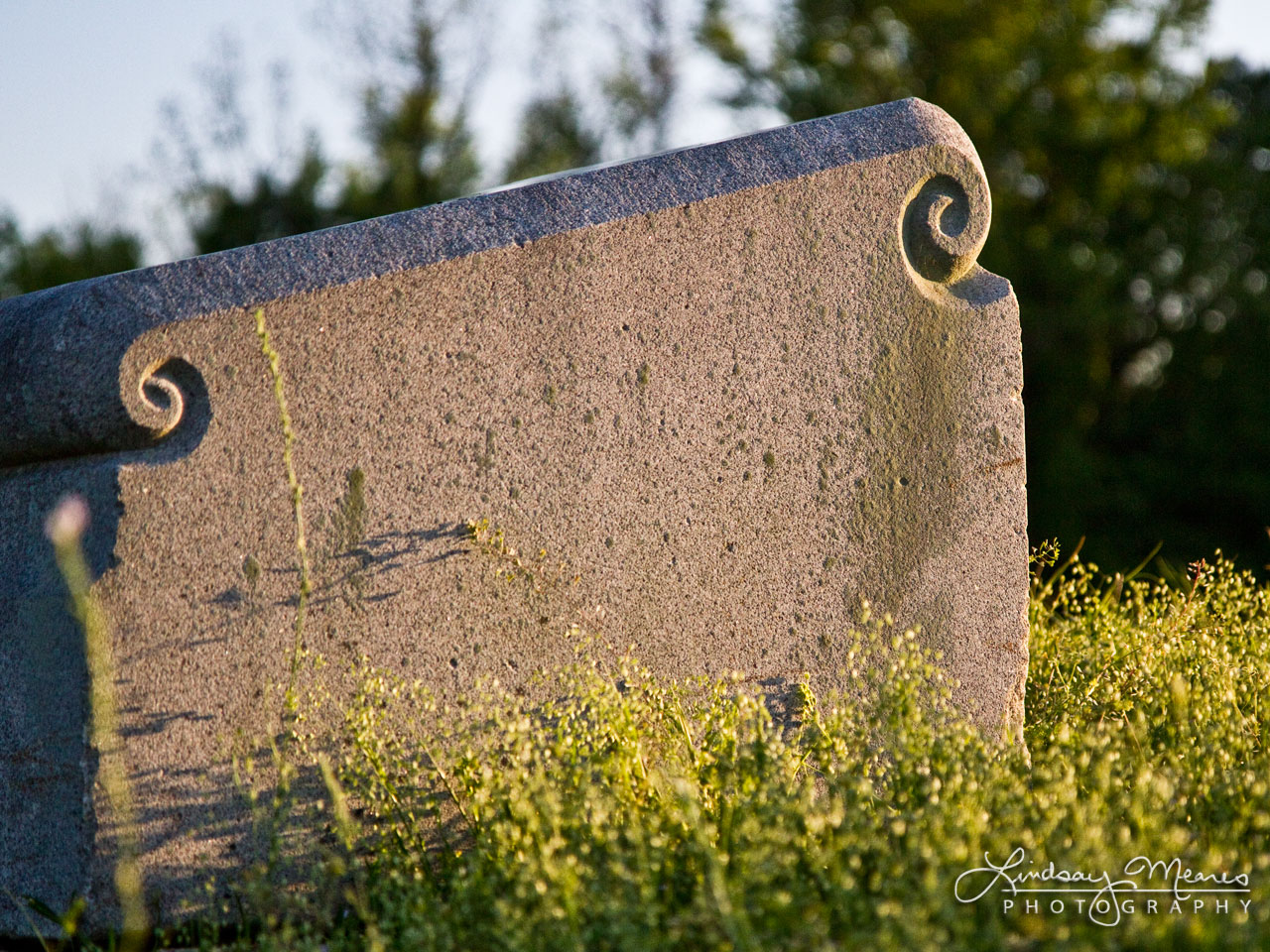 After our sunset walk we crossed the street to our hotel and went to be after the long day of driving.

The next morning we decided to drive the park loop as soon as it opened (8am). We drove most of the northern loop (part of which we had walked the night before), and the entire southern loop. We accidentally made a wrong turn on the northern loop so we missed a few things we ended up revisiting later.

The structure below is a memorial for Illinois. 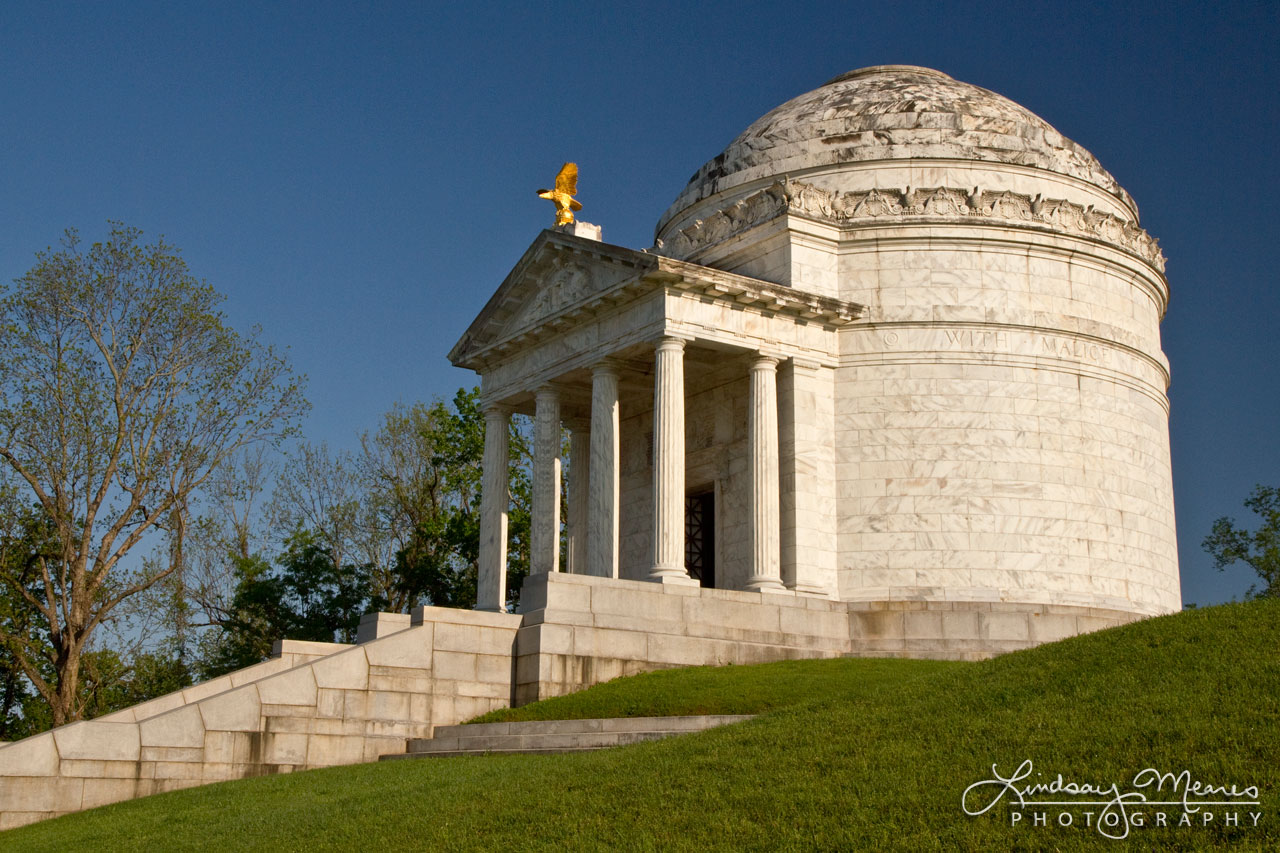 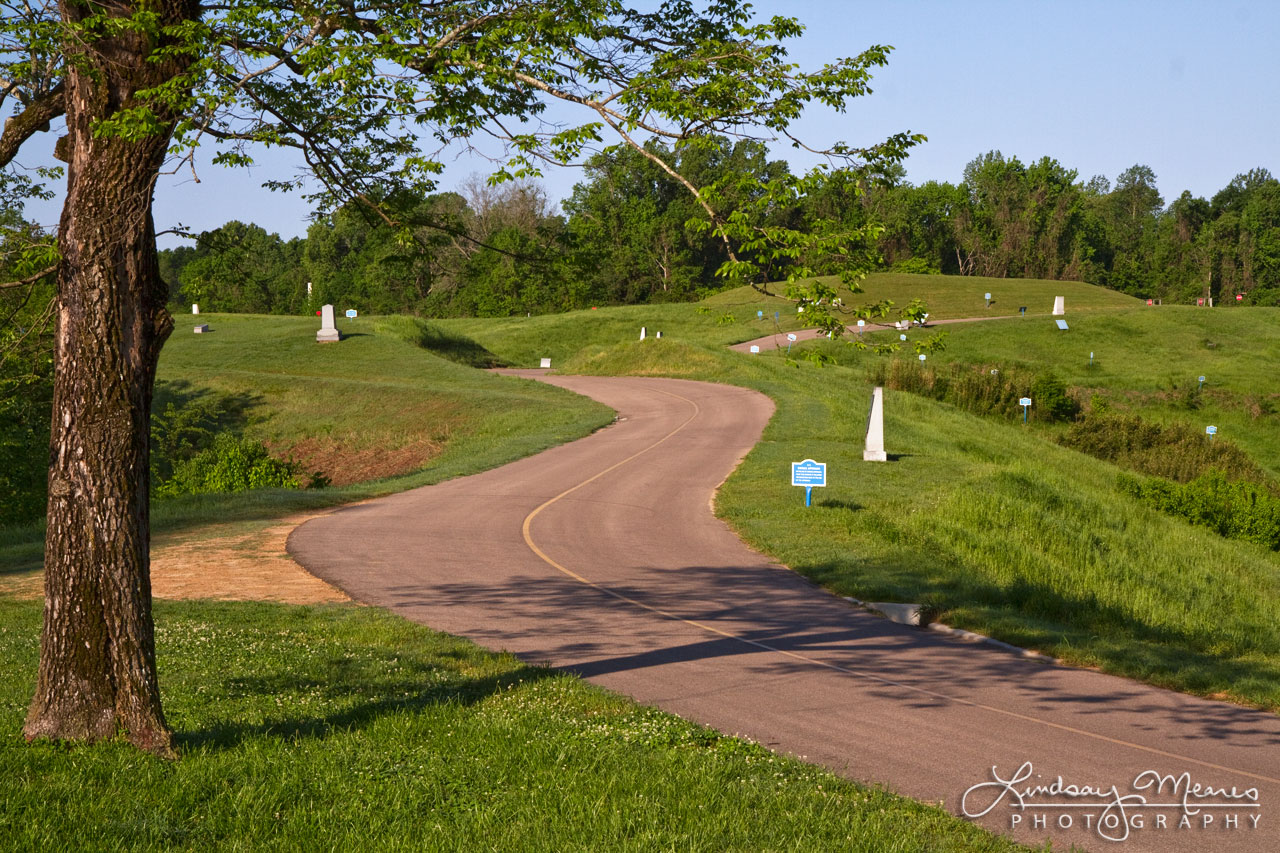 Above, a road with signs illustrating Ewing’s approach. Below, the Mississippi monument. 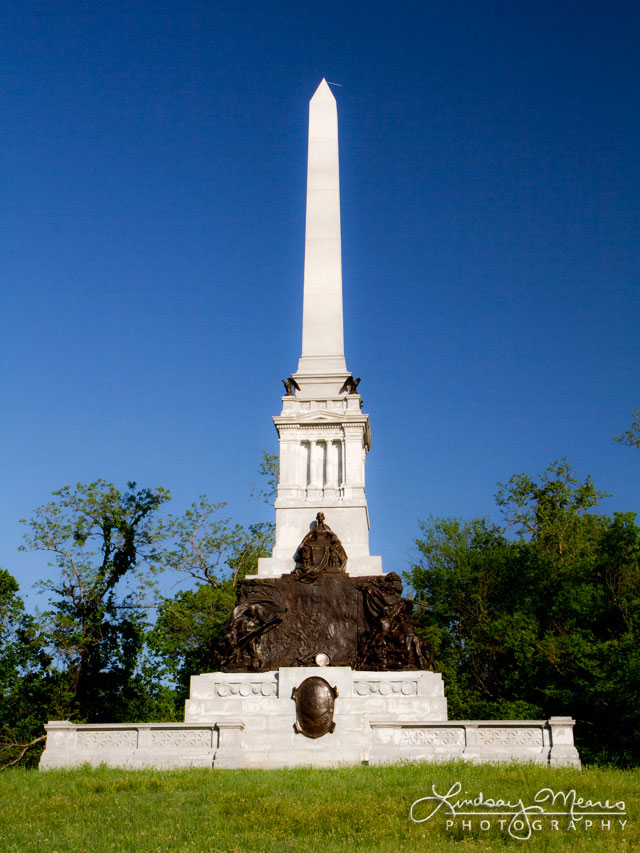 This trip was another one we planned around Travis’s business trips — he needed to visit Alabama so we got a hotel walking distance from Vicksburg so he could do his work while I wandered the park by myself. After our morning drive he headed off to work while I spent most of the day doing nothing in the hotel.

In the late afternoon, I decided to go walk the southern loop (about 3 miles) to photograph some of the monuments were lit unfavorably in the morning.

Below, the Texas monument. 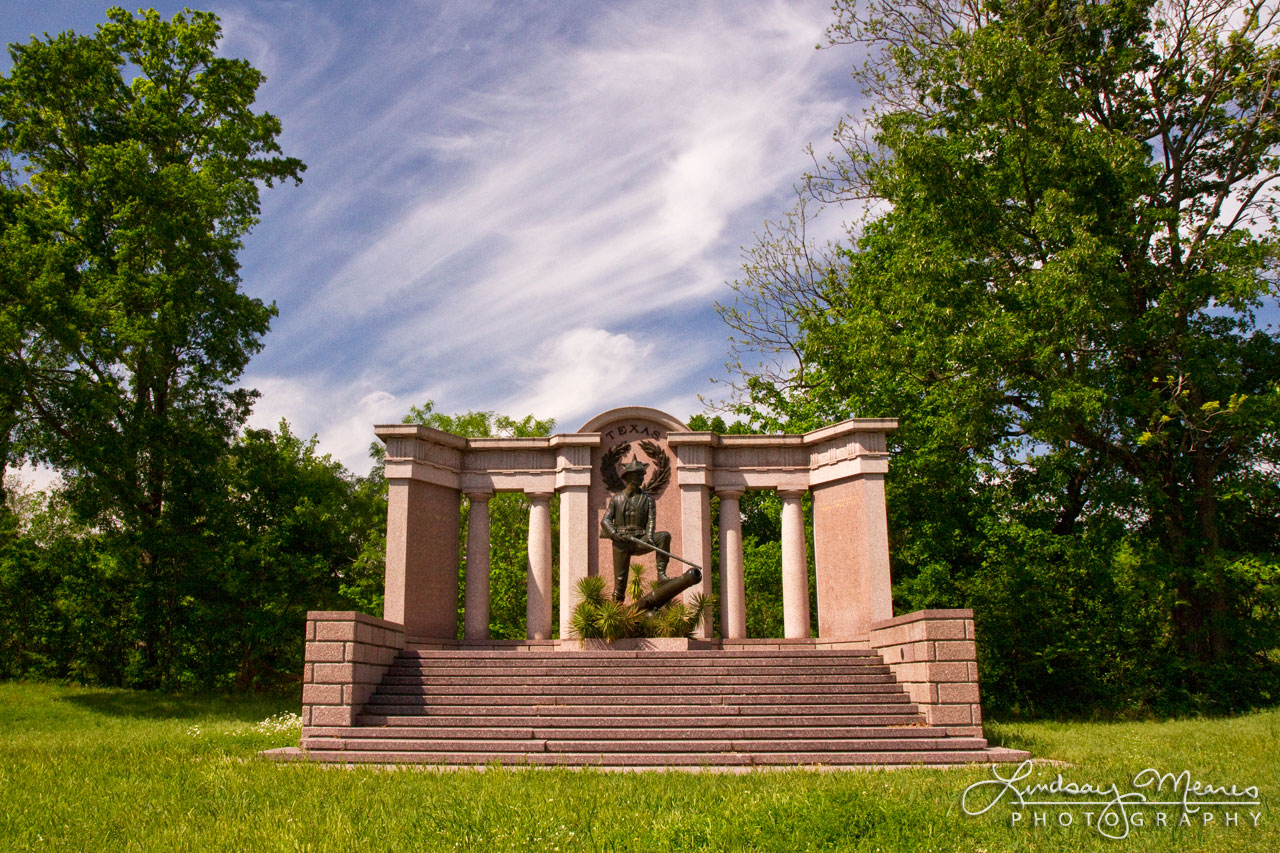 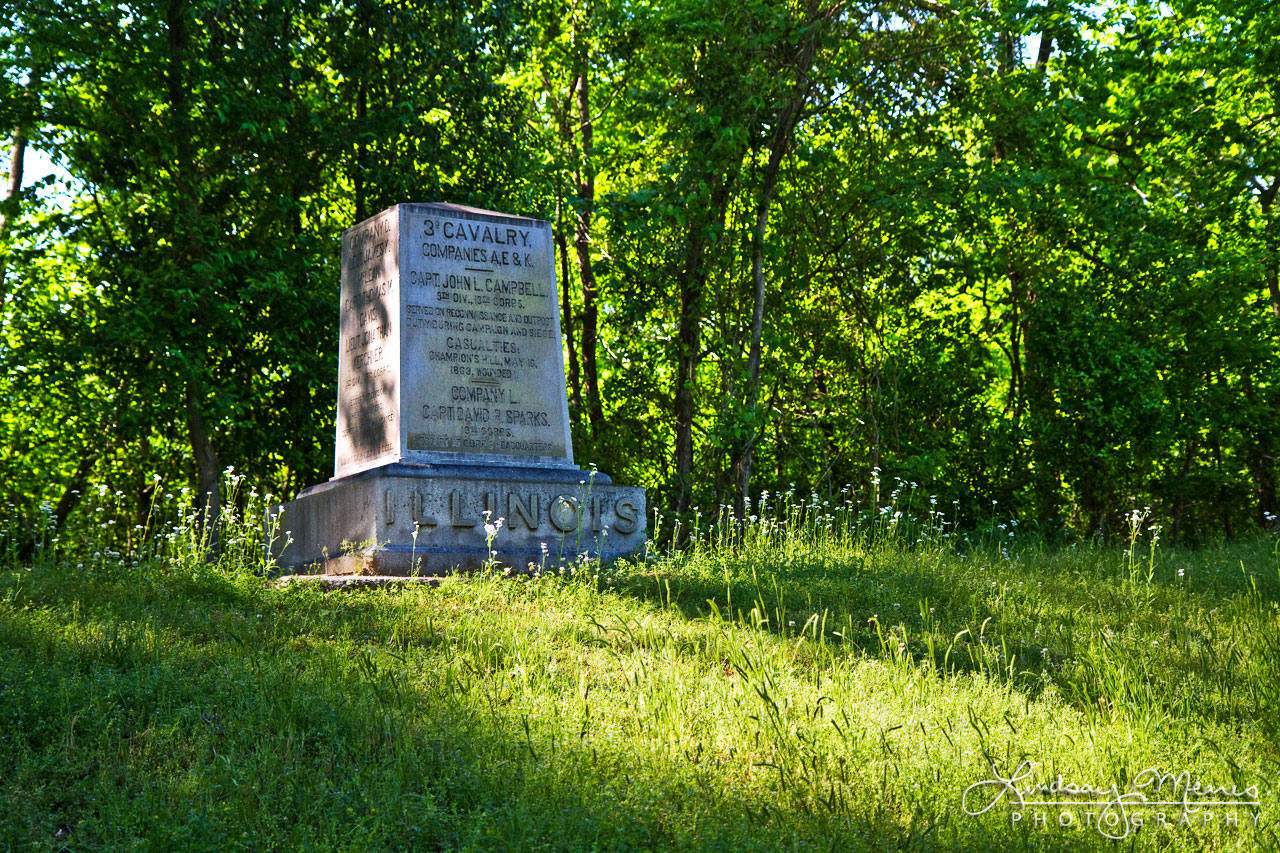 I completed my tour just before Travis returned from Alabama, and we decided to head back out for another sunset walk. 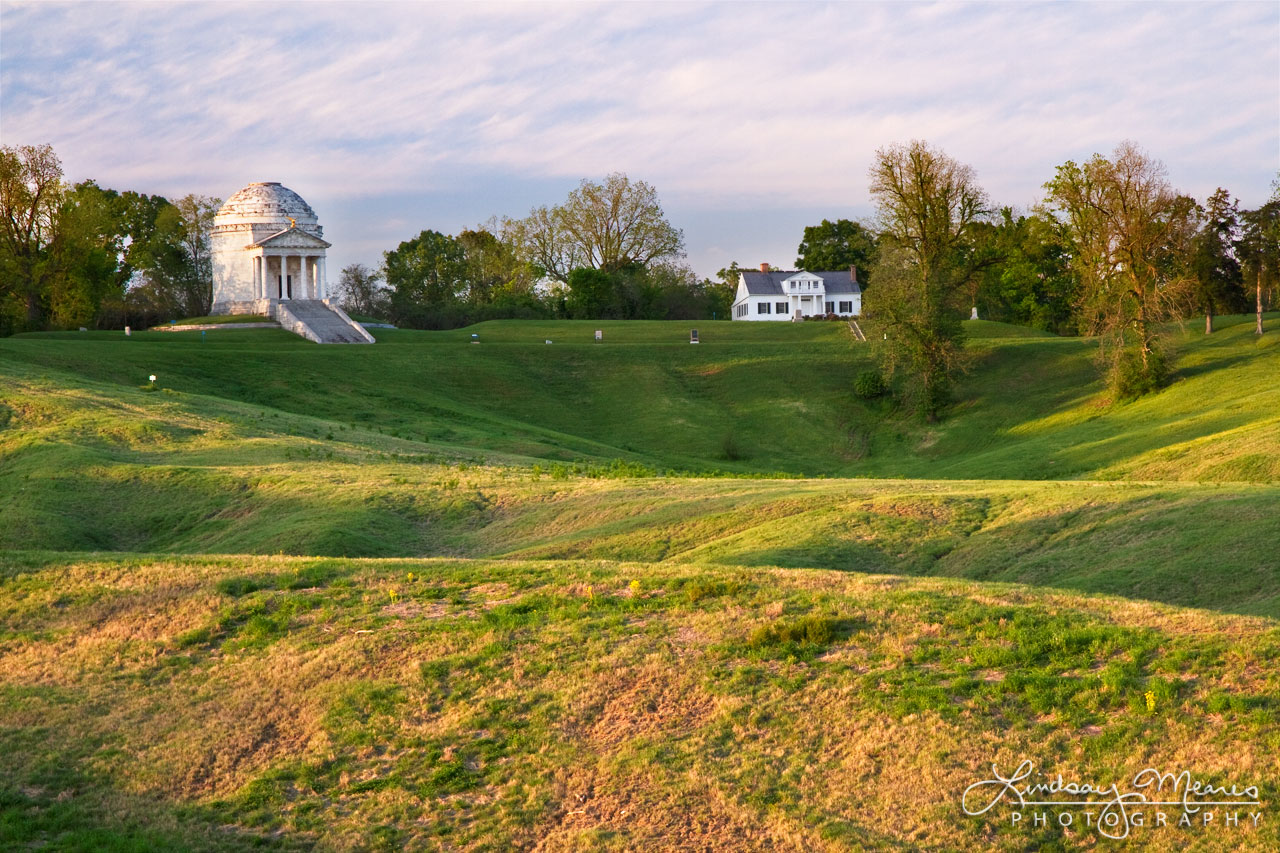 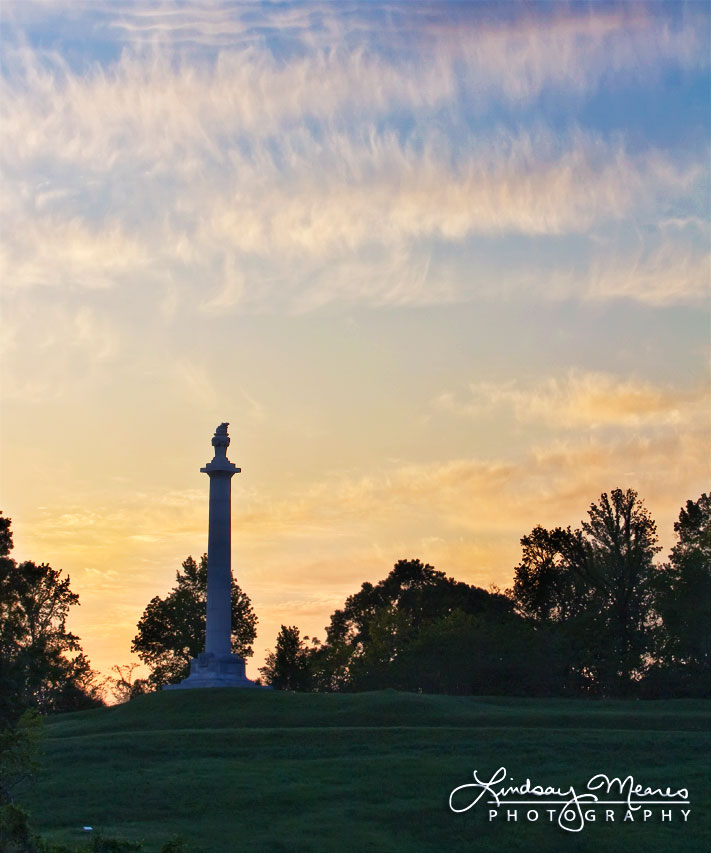 Our final morning in Vicksburg we took another drive around the park, this time actually making the full northern loop to visit all of the monuments and the U.S.S. Cairo museum. 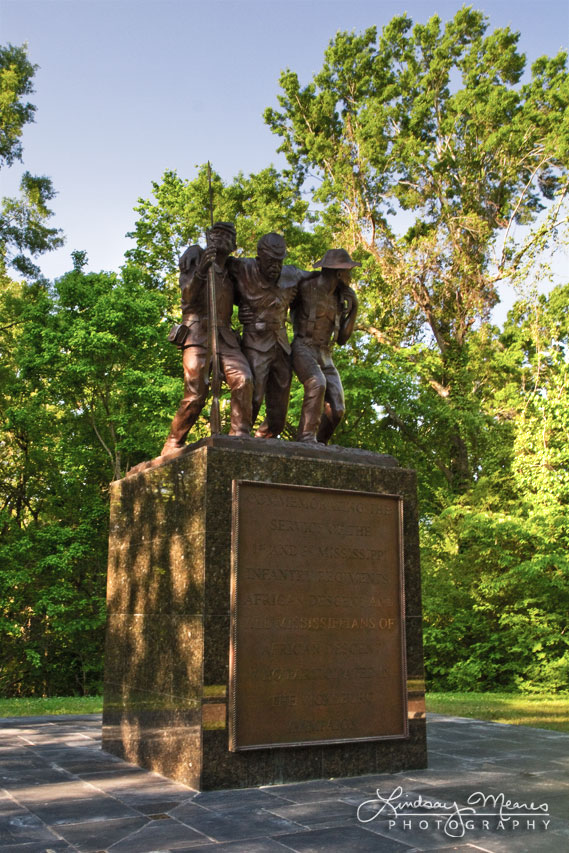 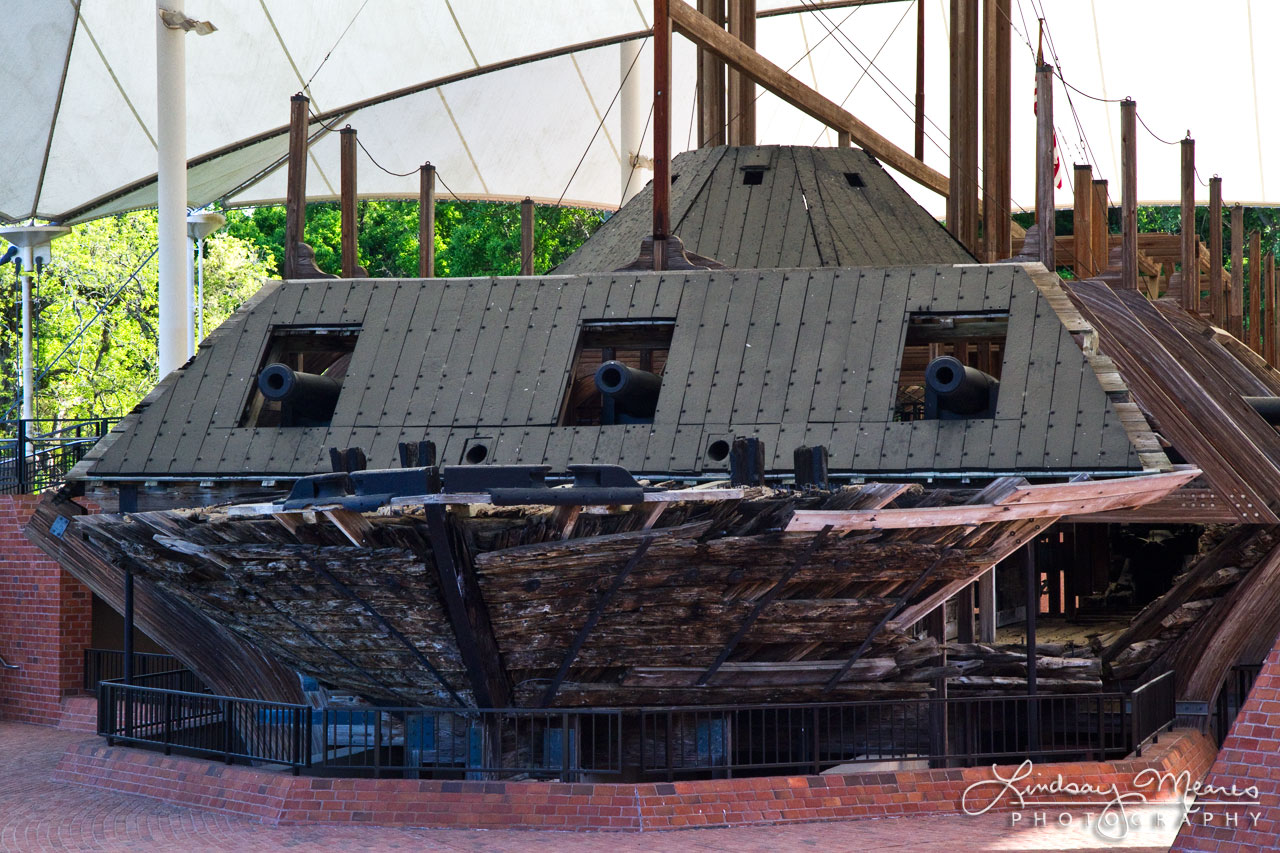 Above, the U.S.S. Cairo Museum, which is featured on the America the Beautiful National Parks coin.

The USS Cairo was sunk by a Confederate torpedo (mine) on December 12, 1862, in the Yazoo River, 13 miles north of Vicksburg. It was located and identified in 1956 and raised in on December 12, 1964. – National Parks Service

Below, a view of the Vicksburg National Cemetary. 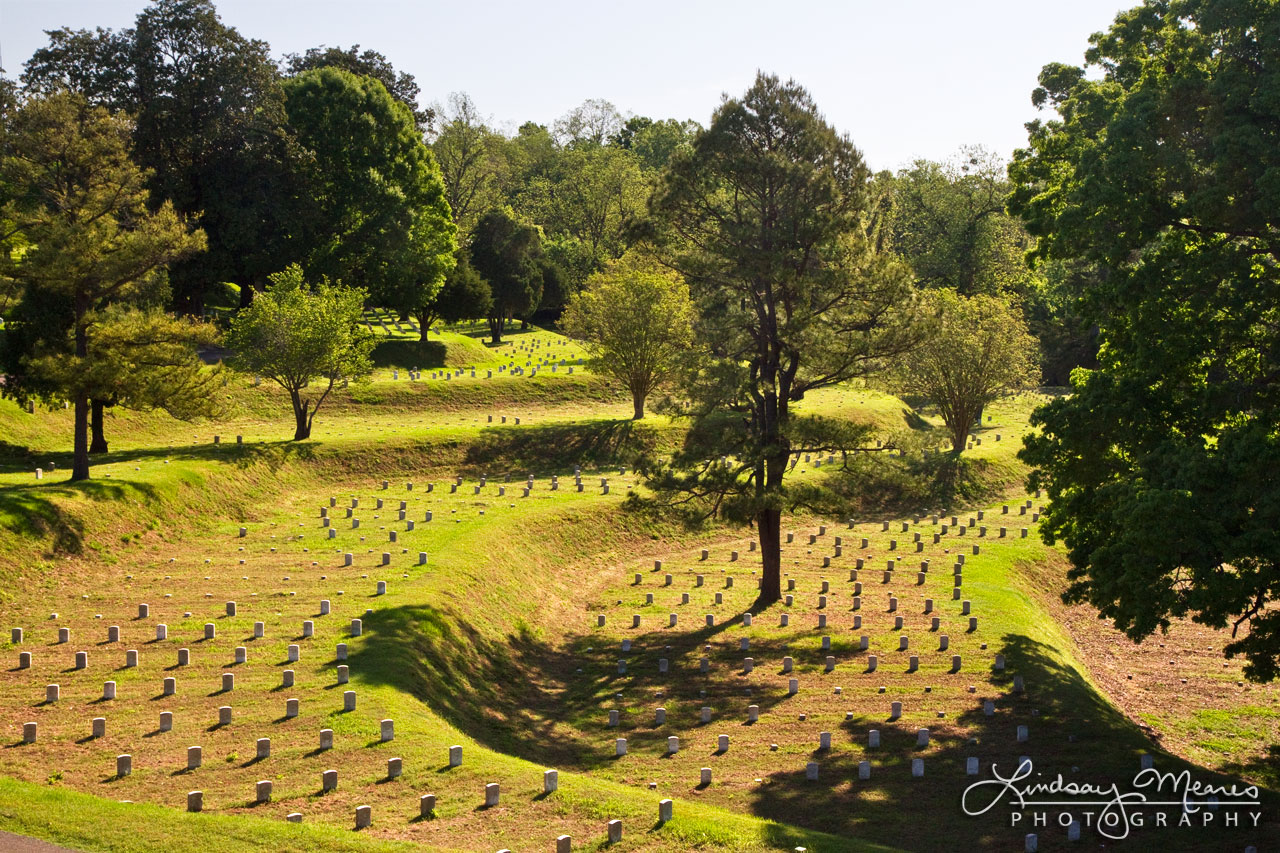 We enjoyed our first visit to one of the historical parks in the America the Beautiful coin series. I’m personally not a huge history person, but Travis enjoys it enough for both of us. Plus it gives him something to do (read the placards) while I take photos.

We plan to visit Gettysburg National Military Park and Fort McHenry National Monument and Historic Shrine in the next couple months.