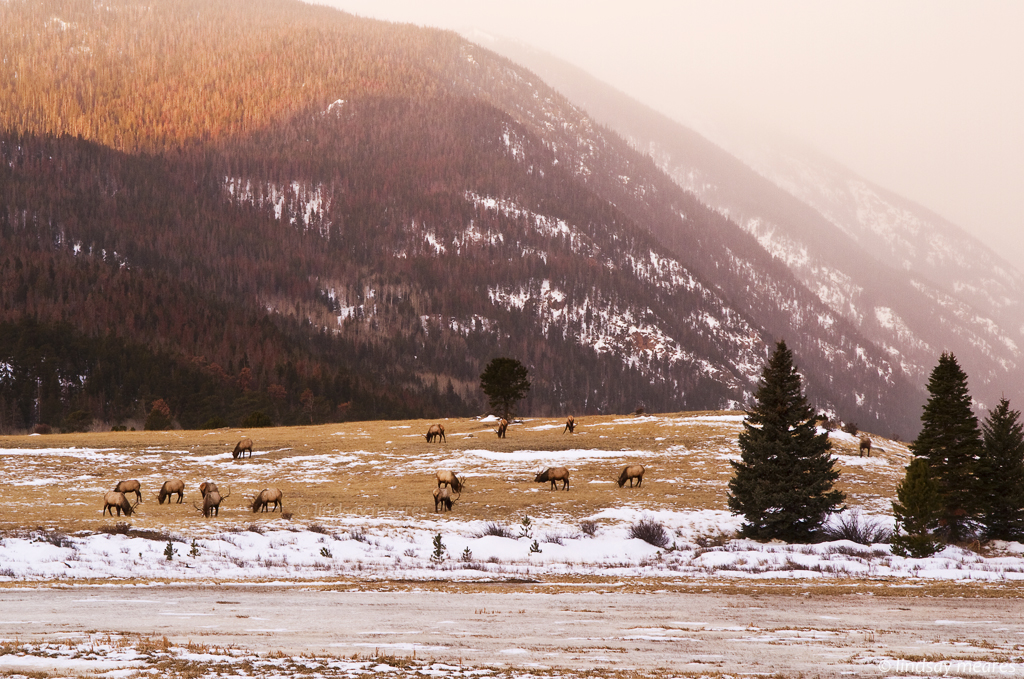 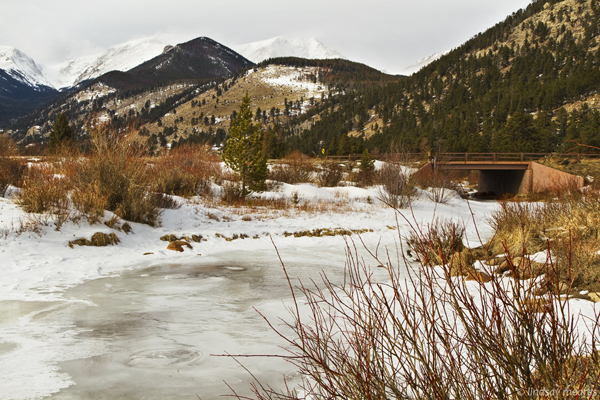 We visited Colorado in January for no particular reason (aside from cheap tickets and a 3 day weekend). We weren’t there a very long, but we visited Rocky Mountain National Park, the Celestial Seasonings factory tour and Denver. There was more we would have liked to do, like visit the Denver Mint or more random factory tours, but a lot of things weren’t open for Martin Luther King Jr Day. Next time!

Anyway… It was very cold (of course) and we only allotted enough visit time for one sunset and one sunrise in the park. The sunset turned out to be a dud, but the sunrise was decent enough. There was more wildlife than I expected (mostly elk), so at least that provided some fun. 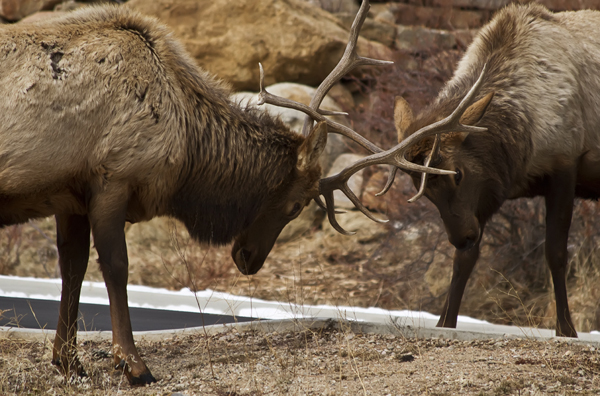 We found these guys first on the way to the park, chilling alongside the road. They fought for a bit while we hid near the car in case they decided they wanted new head-butting targets. After that we explored the park a bit, found more elk and bighorn sheep. The rivers and streams were all frozen but you could see rushing water through holes in the ice some places. We had to be really cautious on all our wanderings–the ground was icy everywhere. 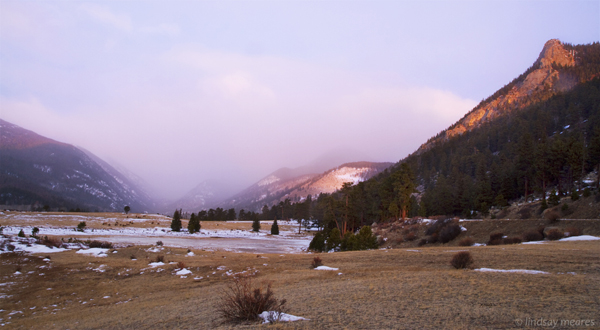 Anyway, there was no sun, so there was no sunset. I vowed to return for sunrise, even though that was mostly cloudy as well (none of the tall mountains were visible). In general we’re starting to learn that we need to allow for more time at parks when we travel, especially in bad weather seasons. It’s just too unpredictable.

Sunrise was nice — I found some elk to chase around in the below freezing temperature and ridiculous winds. Travis sat in the car with the heater running (he’s good at this). 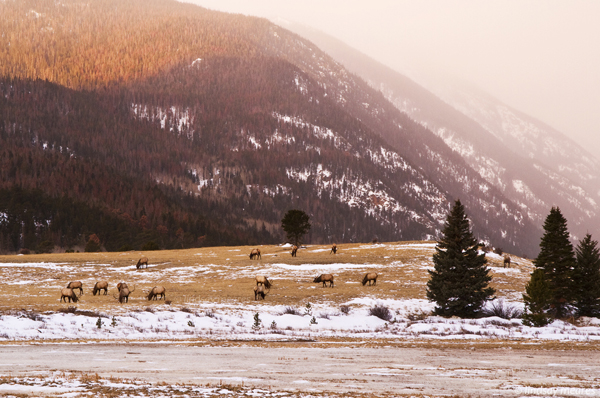 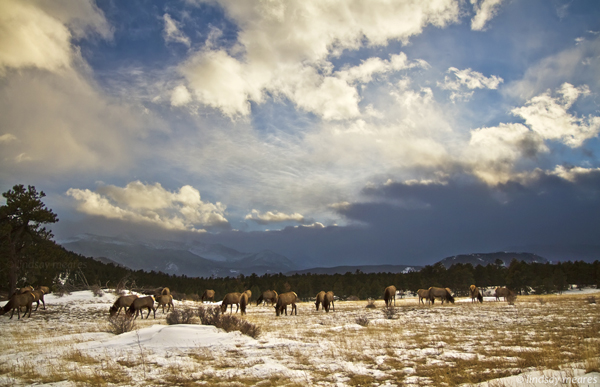 Other than that, we had tea and scouted out Denver skyline sunset/sunrise. The first shot is sunset from a random parking structure, the second is a panorama from the balcony of our hotel. 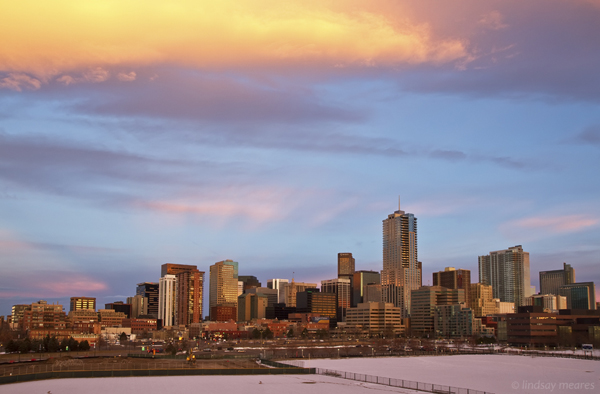 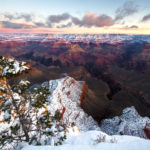 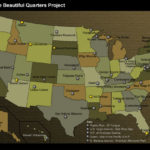