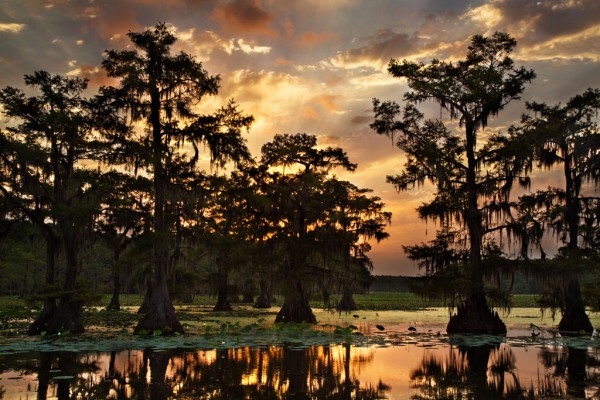 For my inaugural year in Texas we made a concerted effort to at least visit some of the state parks and local attractions. One of my first Texas activities was to take a tour of Cowboys Stadium while it was being prepped for Super Bowl XLV, as well as visit the Sixth Floor Museum. We took several trips questing for bluebonnets and also visited Pedernales Falls State Park and the Enchanted Rock State Natural Area.

In my Official Guide to Texas State Parks, one of the first parks to catch my eye on the Foreward page was a morning photo of Caddo Lake, a scenic area full of cypress trees dripping with Spanish moss. I decided I wanted to go there so badly, that I actually took up the reins on planning the weekend (a rarity — usually this is Travis’s job). 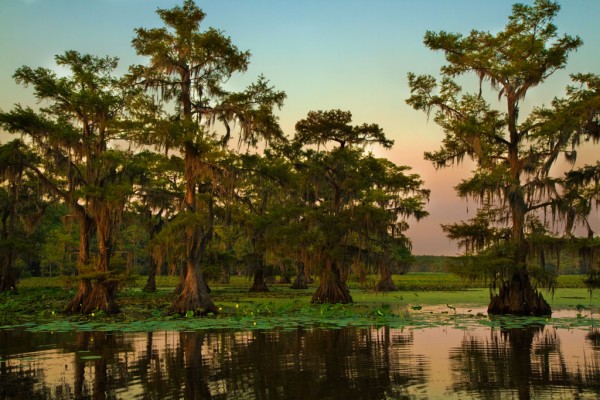 I found us a nice cottage right on the lake at the Hodge Podge Cottages in Uncertain, TX, a small town of about 150 people. The cabin had 2 bedrooms and a nice fishing dock, but more importantly it had a kitchen and a grill.

We left Friday after work and got to Uncertain after dark (it’s about 3 hours from Dallas). We checked in to our cozy cabin and were quite pleased to go sit out on the dock and listen to the chirping insects and croaking frogs over the peaceful lake.

The entire weekend was fairly uneventful and lazy — the perks of bringing all your food and being in a getaway environment. We have a habit of getting too high-strung, always needing to find the next place to watch sunset or sunrise or find an activity to do or a new place to go. It’s also a nice perk when I can take sunrise photos by rolling out of bed and walking about 100 feet outside, rather than having to wake up super early and drive. 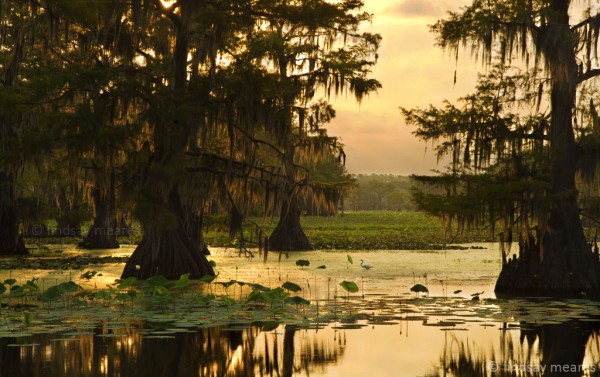 Our cabin rental had some kayaks, so we took a self-guided tour through the lake, looking for waterbirds and other interesting sites. We took a drive to the official Caddo Lake State Park and the Caddo Lake National Wildlife Refuge. We also stopped by the Uncertain Flea Market, which is only open the first and third weekend of every month, so we figured we should see what excitement they had in store (none, for us… but we aren’t big trinket shoppers anyway). 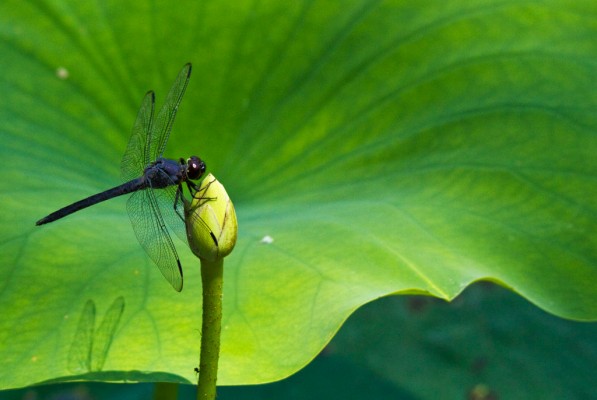 Other than that we spent a lot of time hanging out at the cabin, both grilling and sitting on the docks. Plus, our eclectic cabin was stocked with some hilariously old bathroom literature (Texas Monthly from 1998: “Bush for President? The latest polls show him beating Al Gore and he isn’t even running — yet. Can George W. Bush win the White House?”).

I also had the inquisitive frog whom I was happily photographing decide he would rather jump directly onto my camera lens (ew, frog goo). Luckily I had a backup camera to take pictures of his unruly insubordination.