While the original plans for our weekend jaunt down to Texas Hill Country involved bluebonnet fields, wandering Austin and possibly venturing down to San Antonio, we ended up spending most of the weekend wandering the Texas State Parks in Hill Country.

Our first stop was Pedernales Falls State Park, a scenic park along the banks of the Pedernales River. We stopped by Pedernales Falls & its scenic overlook, where the river drops about 50ft over a 3000ft stretch of limestone. The area is dotted with various cascades and pools, many surrounded by people picnicking and fishing. 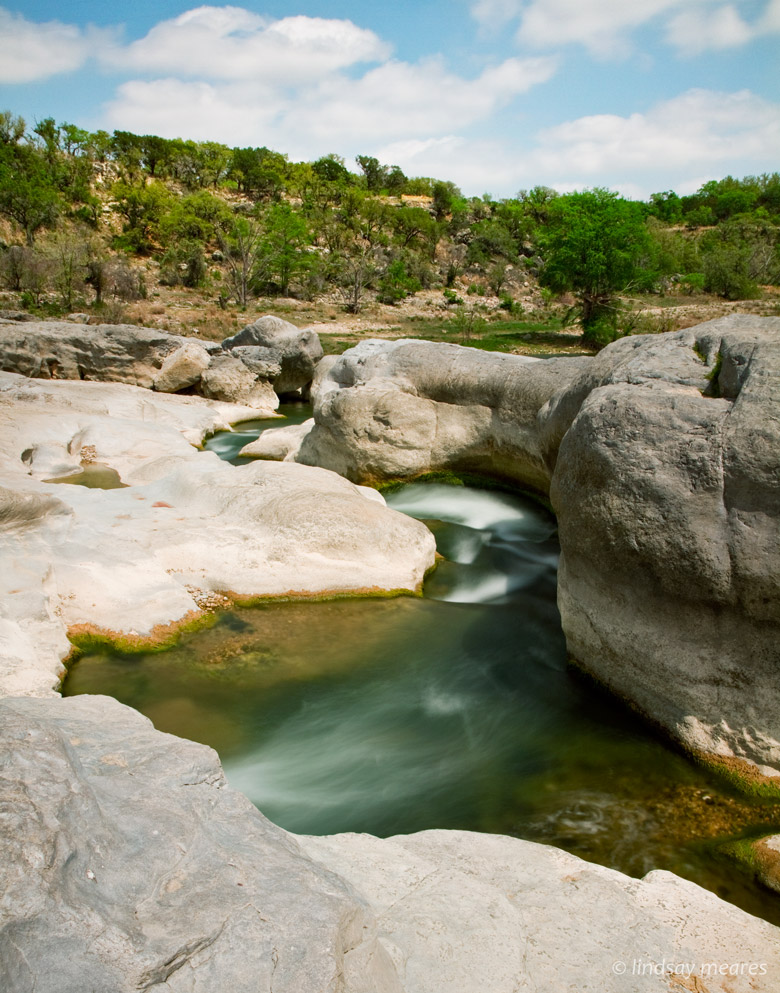 In the evening we stopped by Enchanted Rock State Natural Area, a park featuring giant rock formations of pink granite. We found a side path which lead to a giant pink dome which we then hiked up to watch the sunset over Hill Country. There were some really interesting sliding rock formations (even aside from the fact all the rock was faintly pink), and it was a very enjoyable place to wander for the short time we were there. 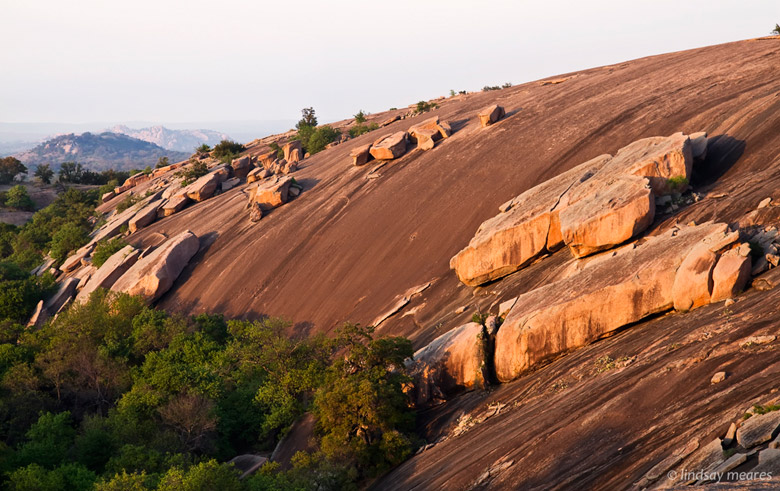 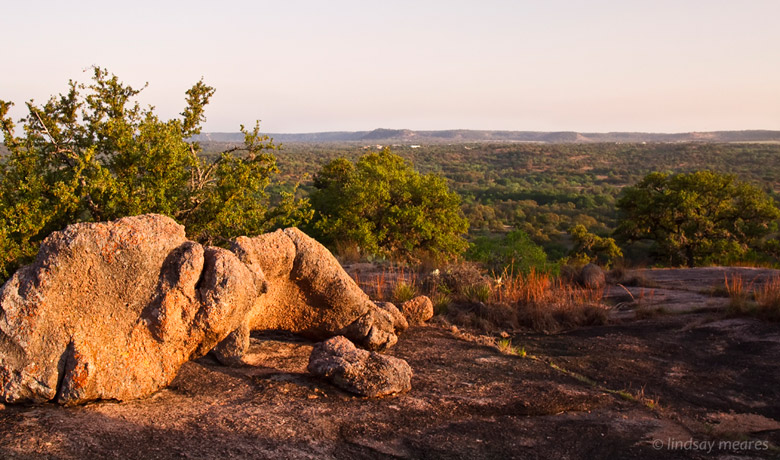 Other than that, we did a quick stop through Hamilton Pool which consisted of a grotto/swimming hole area, as well as a trail to a different part the Pedernales River. The grotto was pretty neat, although there were a lot of people swimming and the waterfalls were pretty light. We also walked to the Pedernales River, although the hike seemed a lot longer than the trail sign had promised. Once we found the river we celebrated by rolling up our jeans and relaxing in the shallow areas until the aggressive fish started trying to eat our feet. Bad fishies.