Ennis, TX & Austin, TX
One of my Texas goals was to find and photograph a field of bluebonnets. I found this task to be easier said than done, as the majority of bluebonnets we found were either a) not in fields, b) on the side of the highway or c) on private property.

After doing some research, we decided to start our search in Texas Hill Country, primarily because it sounded like a scenic backdrop where I could find rolling hills covered in bluebonnets. This was not the case.

On our road trip 2 years ago we passed by a giant field of bluebonnets (but chose not to stop, for whatever reason), so I knew what a bluebonnet field *could* look like. I had a very clear idea of the minimum size requirements for my patch of bluebonnets, and unfortunately nothing in Hill Country made the cut.

It seems we either went too early for were on an off-year for bluebonnets around Hill Country. We found some scattered up and down the various highways, and occasionally we found a likely looking patch in a distant field behind a tall fence and a plethora of “no trespassing” signs, but we never found the giant field of flowers I was imagining.

To placate me, we stopped at both the Ladybird Johnson Wildflower Center (Austin, TX) and Wildseed Farms (Fredericksburg, TX). Both only had small patches of bluebonnets, so I took some detail shots and bought a jar of Peach Amaretto Pecan Honey Butter as consolation. 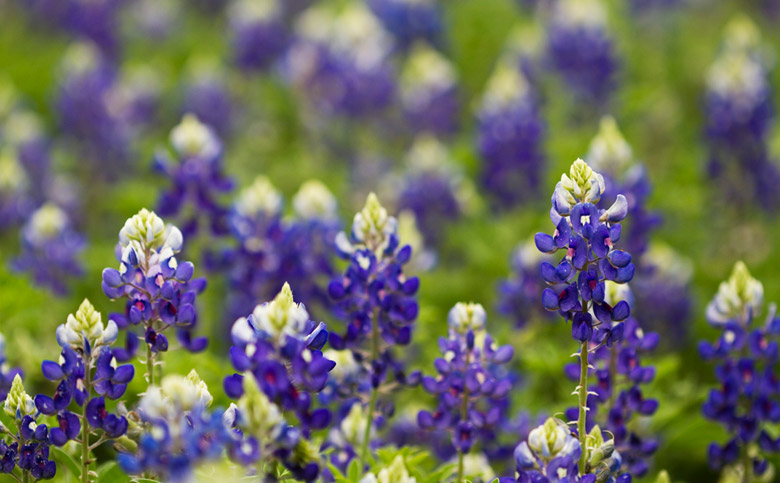 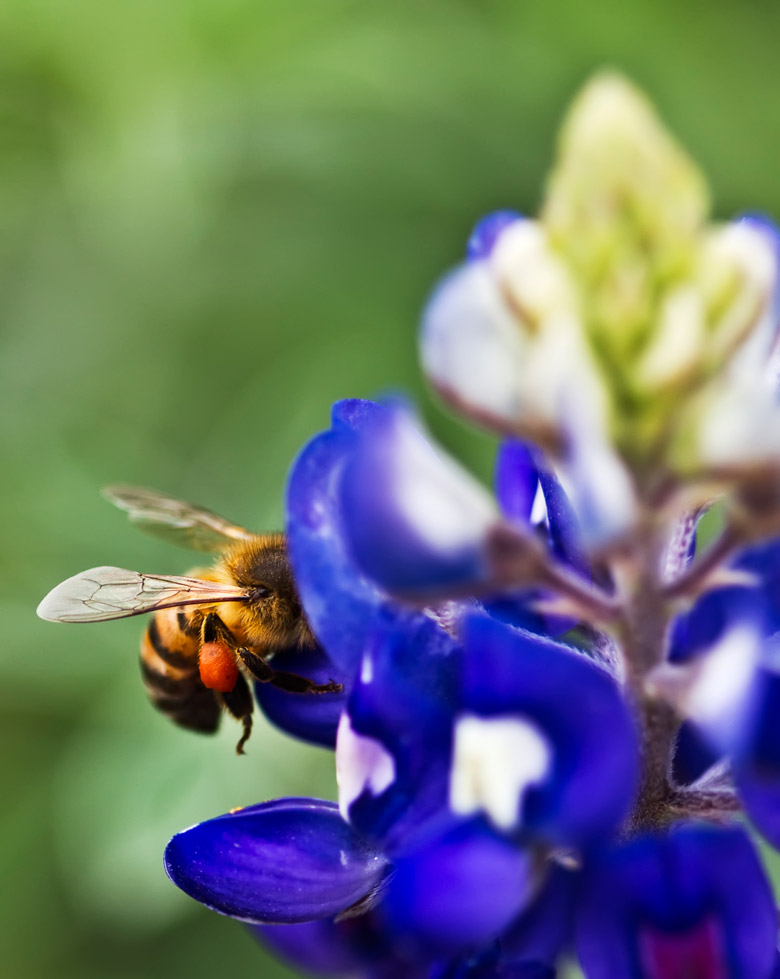 Three weeks later we decided to continue our quest for bluebonnets. After extensive research of the Texas Wildflower Hotline and browsing recently uploaded and geotagged photos on Flickr, I finally found a promising spot in Ennis, TX. I probably should have looked at Ennis sooner considering it’s called the Bluebonnet Capital of Texas, but I had thought Hill Country sounded so much better…

Anyway, we drove down through Ennis and wandered around, finally finding a satisfactory field of bluebonnets and Indian paintbrushes along a side road. I’m not sure if it was private property or not, but there was no fence and another person was there doing a photoshoot with his dog.

The bluebonnets seemed to be a little past their prime, not as lush and vibrant as the ones we had spotted at the beginning of April, but I finally got my field picture and now I know where to go next year. 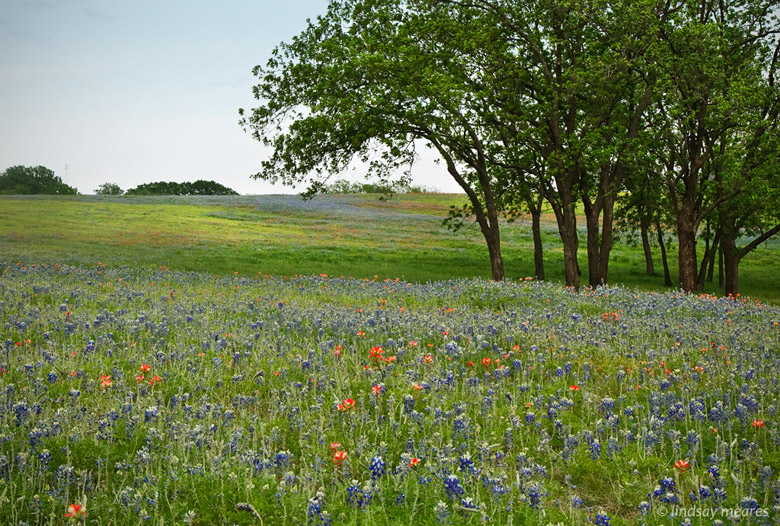 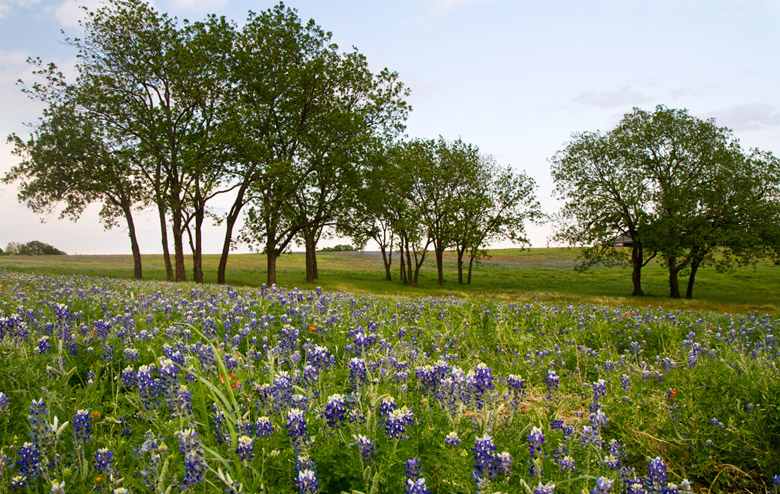