Yosemite – The Hunt for Firefall

Even though we already have a Yosemite National Park coin art hanging on the wall (and another at Travis’ office), it doesn’t stop our desire to grow our portfolio and find even better things to shoot.

We made our third trip to Yosemite in February 2013. Travis had a business trip to Fresno – he asked if I wanted to come along. I think he wanted to go to wine country, but he mentioned we could go to Yosemite, Kings Canyon or Sequoia if I desired. I checked the dates, and it just so happened his trip fell during the span of the elusive Yosemite Firefall. And so our destination was chosen.

Each year for a week or two in late February, the sun sets at an angle that casts light onto Yosemite’s Horsetail Falls, lighting the water and creating an effect that looks like lava.

In order to see this phenomena, there are several conditions that need to be met:

1) The sunset must be at the proper azimuth to cast light on this particular part of El Capitan – this happens in late February and again in October.
2) There must be water in the falls for the sun to illuminate—February is still pretty early in the melt process for Yosemite’s falls, so there isn’t always much water. Horsetail Falls is completely dry in October.
3) The sky must be clear to the west, allowing the sunlight to hit the falls without obstruction. The weather in February can vary quite a bit, and even a few clouds to the west could potentially obstruct the view.

By planning our trip in February, we had #1 confirmed. We booked the trip before we could do much research on the snowmelt in Yosemite, but as we got closer to the trip we realized that there wasn’t much water in the falls. There was a little though, so that was good enough for #2.

As for #3, we were spending 3 nights in the park to allow for a reasonable chance of clear skies. I figured I’d decide whether to seek out firefall or sunset each afternoon, and we’d see how it went.

Our first night in the park was hopelessly overcast and the chances of seeing the firefall were, in my opinion, slim to none. We went and scouted the parking areas in the afternoon for future reference, and we were surprised at how many photographers were already camped out to see the falls at 3pm when the sky was completely grey.

I left it open as an option to go back there if it cleared, but since the weather forecast looked far more promising the next two days I decided I’d try to catch a sunset instead (I’m certainly glad we did).

The following day the skies were bright and clear without a cloud to be seen. There was not much water in the falls, but there was enough of a trickle to get the lava effect.

Beyond that, we did our usual wanderings around the park. Most of the park is still inaccessible in February (Glacier Road and Tioga Pass are snowed in until Spring) so we explored the usual spots around the main park road.

We were at the park just a few days before the full moon, so there was only a short period of time in the morning where the full moon had set and the sun hadn’t risen yet. I used this opportunity to get a variety of shots, including some with moonlight lighting the valley, some attempted star photos and some sunrise and early morning shots.

Full moon lighting the valley (above), and the after the moon had set, the peaks in complete darkness before sunrise (below). You can almost see the milky way.

It was also quite cold during our trip (especially those 4am mornings before the sun had risen) and we had the opportunity to take pictures of the frosty falls and ice crystals on the ground.

We saw some baby deer, and had a fun time looking for rainbows in the waterfalls and all sorts of good stuff.

Everything looks so cold!

On our last day, we were sitting in the car alongside the meadows doing a little bit of catch-up on emails (we’ve found the meadows have the best 3G signal…) when we saw a coyote wandering up the boardwalk. Excited, we got out the camera and tried to follow, but it snuck away before we got a good shot.

After returning from a nice hike up to Columbia Rock and the base of Upper Yosemite Falls, we were heading back to Valley View for our final sunset when we saw this guy on the side of the road.

He gave me his best “I’m so sad, feed me” look. Unfortunately all we had were jalapeno chips, granola bars, and Monster’s Inc gummy snacks (plus I prefer to not feed the animals).

Overall, our trip was extremely successful and we added a bunch of interesting photos to our Yosemite collection.

We feel like we’ve been to Yosemite in all seasons (February, May and October), but we’ve still yet to go there when the Tioga Pass is open! We were slightly too early when we went in May, and the time we went in October it snowed the day we planned to drive it (extremely bad luck).

We know we still have a lot of unexplored territory in the park, and we’ll definitely have to go back again when we can visit the areas that are closed in winter. 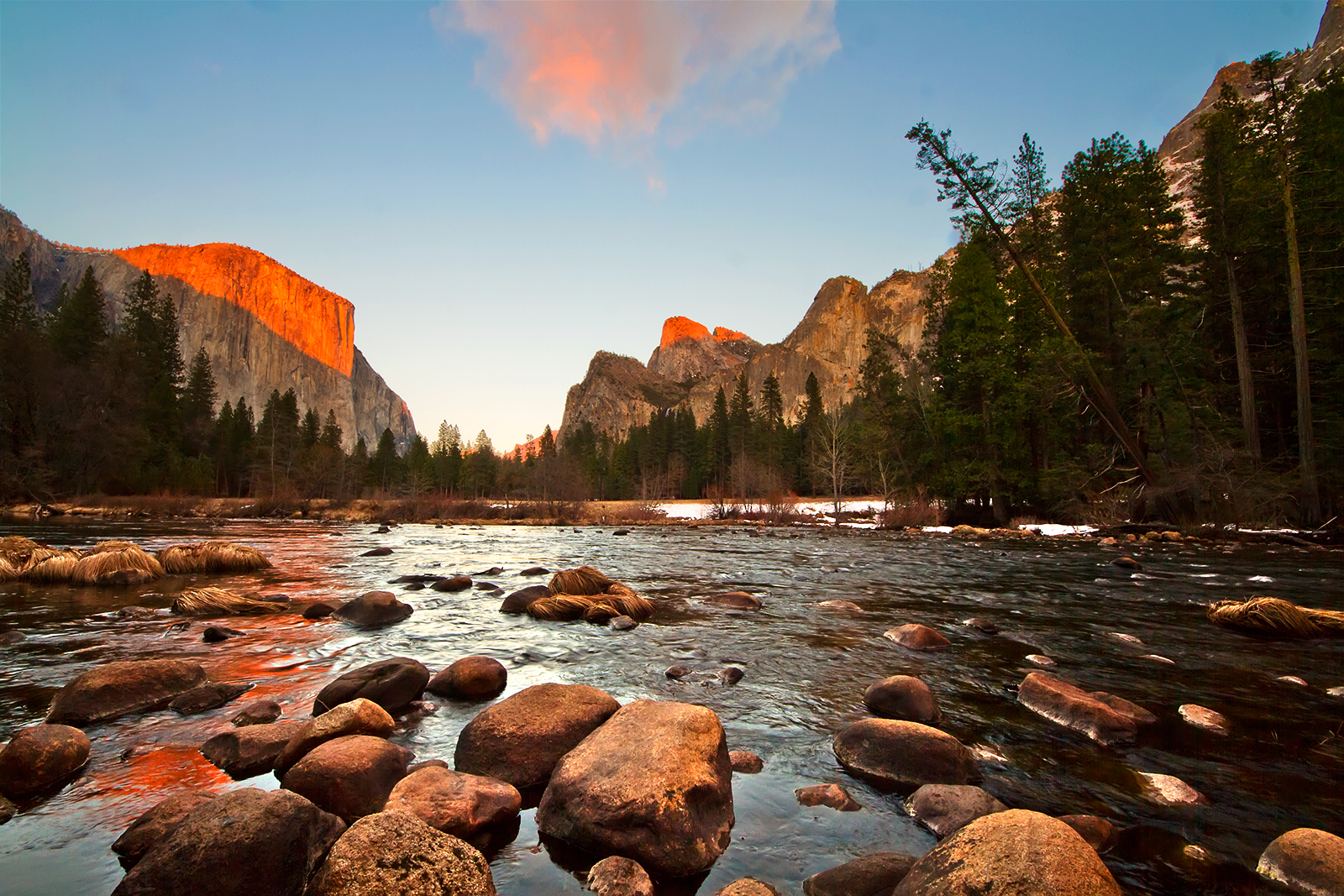 Morning view of Yosemite Valley and the Merced River taken from Valley View.[/caption 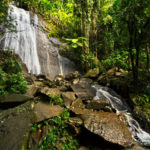 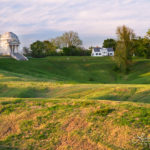